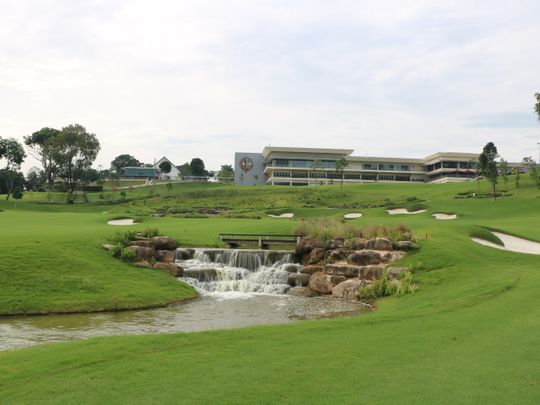 While the WAAP aims to inspire future generations of female golfers, it also provides the champion with a stepping stone to international golf through byes in several major women’s championships and other elite amateur championships.

Martin Slumbers, Managing Director of R&A, said: “The Asia-Pacific Women’s Amateur Championship is at the pinnacle of women’s amateur play in the region and we are delighted to bring it to such an exceptional venue.

APGC President Taimur Hassan Amin said the WAAP, first played in 2018, has already become a feature of the international amateur calendar and features the best golfers and courses in the region.

“There are very few leagues that can claim to have had such a profoundly positive impact in such a short time, as evidenced by the outstanding international performances of so many players who have appeared in the WAAP,” Hassan said.

One of the most prestigious clubs in the island republic, the Singapore Island Country Club has hosted dozens of professional and amateur championships.

In addition to hosting the Johnnie Walker Classic and the Alfred Dunhill Cup Asia-Pacific Qualifier, the SICC has hosted the Singapore Open on several occasions.

SICC Club Captain Ivan Chua said, “We are delighted to host the Asia-Pacific Women’s Amateur Championship, the region’s first women’s amateur championship. Feeding and giving back to the golf community is an important goal of SICC.

“The club supports Singapore sports Vision 2030 which aims to build partnerships between the various stakeholders in Singaporean sport, assist in the development of talented athletes and help them compete on the world stage.

The WAAP was developed by the R&A and APGC to unearth emerging talent and pave the way for elite female amateurs from Asia to the international stage.

“WAAP plays a vital role in the development of women’s golf in the region and we are delighted to be hosting the championship for the second time in Singapore on the new course at the highly acclaimed Singapore Island Country Club,” added Tan Chong Huat, President. of the Singapore Golf Association.