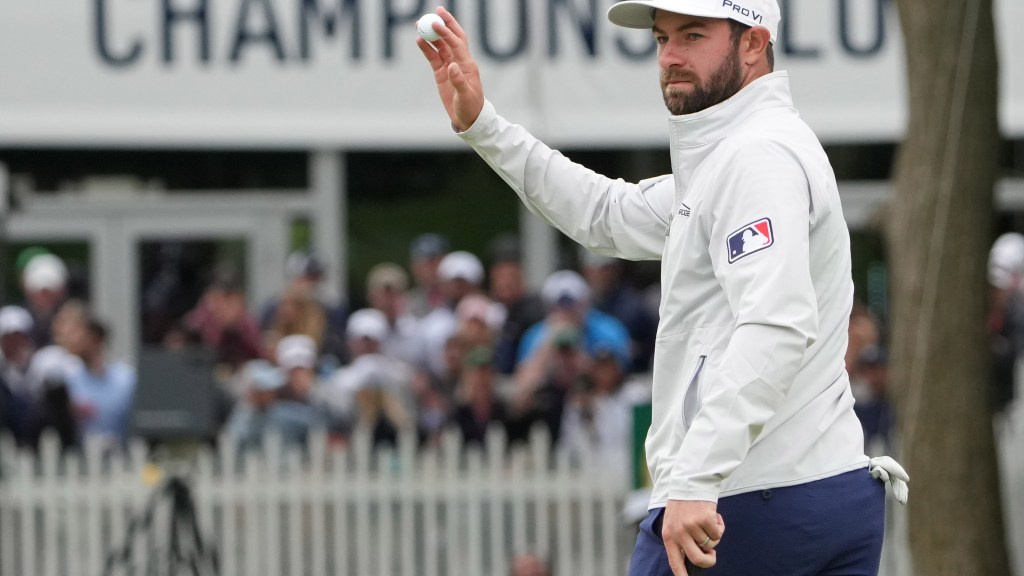 Cameron Young prepares to play on the 14th tee during the third round of the 2022 PGA Championship at Southern Hills Country Club. (Photo: Andrew Redington/Getty Images)

Young is originally from Scarborough, New York, where his father, David, is director of golf at Sleepy Hollow Country Club, one of the largest courses in the country. (Young’s mother is also a stick.) Young showed promise from an early age, becoming the youngest Carter Cup winner in 2011 as well as the Metropolitan Golf Association Junior Champion. He was named MGA Player of the Year in 2015, twice won the prestigious Ike and also won the Westchester (NY) Golf Association Amateur title.

Young had the grades to go to Stanford but chose Wake Forest, where he received the Lanny Wadkins Scholarship. He joked that he wasn’t good enough for the Arnold Palmer Scholarship, which went to teammate Will Zalatoris. The two former teammates are paired in the penultimate group on Sunday at Southern Hills (1:25 p.m. local time).

Winning the PGA and the Wanamaker Trophy that goes to its champion would be very special for the son of a club professional.

“It’s because of the PGA that (my dad) got the job he’s had for the past few years. Without it, in Sleepy Hollow, I don’t start playing at age four or earlier. I don’t have the access I had growing up. I started playing junior PGA tournaments when I was nine, eight, something like that,” Cameron Young said. “For me, I’ve had so much access to golf through this organization. So to have the chance to go from local PGA Junior Tournaments, PGA National Juniors to the Junior Ryder Cup, even playing in a PGA Championship, that’s really cool to me. It’s kind of been with me the whole way.

When asked if the PGA was the major he most wanted, he replied, “I wouldn’t discriminate. If I had to win a major championship, I would take any of them. This one specifically with my parents here this week would be pretty amazing.