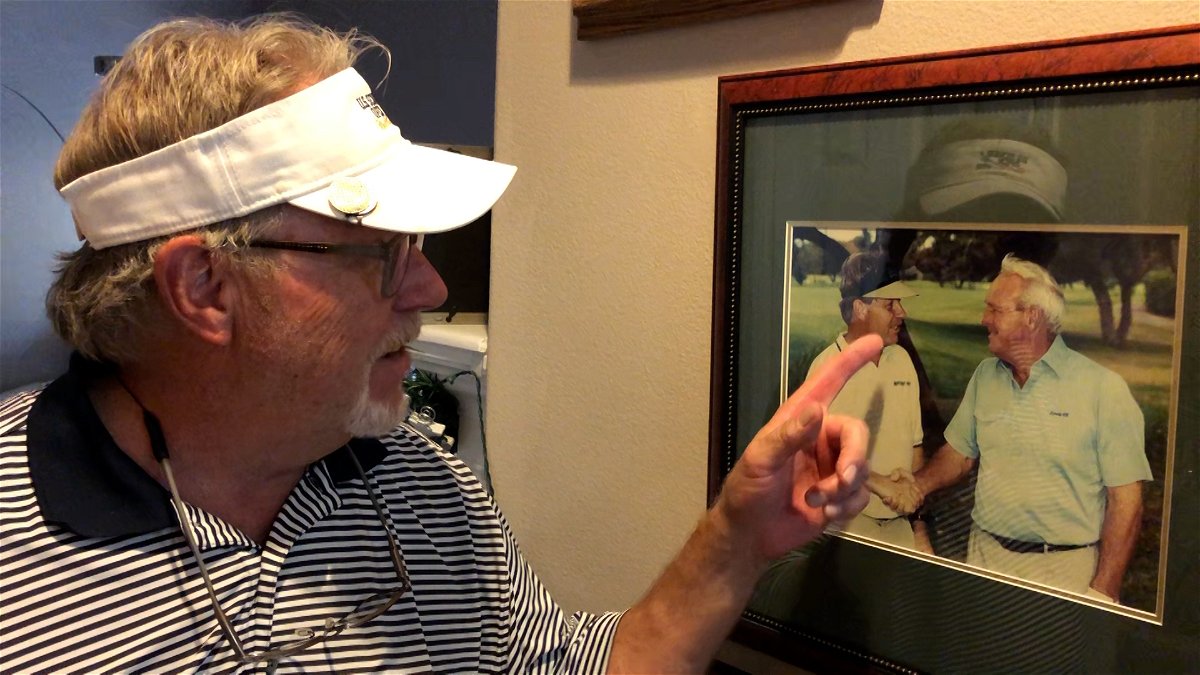 “I didn’t have a goatee, I just had a mustache,” said Pete Covitch.

Local resident Pete Covitch shot down the King – the late Arnold Palmer – 9 holes at his home in Bay Hill.

“I was lucky enough to be drawn. Five retailers and their best seller were sent all charges paid from across the country to Bay Hill. We stayed there in the Lodge overlooking the green and after that round, Arnold took us to the clubhouse bar. He was drinking his Rolling Rock and we had our Bud Lights, “Covitch said.

When you look beyond the score it’s about the connections made, the memories created, all made possible by golf, which for Pete is a way of life.

And if he doesn’t play golf, he works golf, in his garage.

What’s your favorite part of the job?

“It has become second nature when it comes to re-grabbing and redesigning. I have had a lot of loyal customers by treating them like friends and remembering their names.”

Again, it comes down to the people you meet along the way. For example, Arnold Palmer in 1999.

“He’s as genuine as he looks on TV. Rest in peace. He’s always been number one to me. What an honor,” Covitch said.