A rocky start to Pebble – The Vanderbilt Hustler 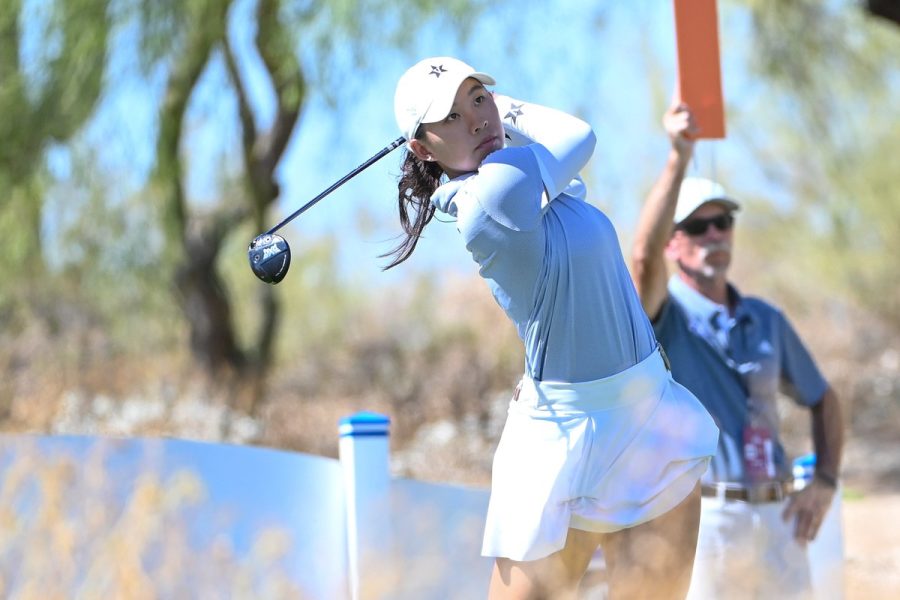 Despite finishing last in the Carmel Cup, the Commodores have plenty of reason to be hopeful for the future.

The Commodores struggled to get out of the Pebble Beach gates (Vanderbilt Athletics).

This legendary course served as an exciting place to start the season for Vanderbilt, despite finishing last in the tournament.

“I’m not going to lie, I was very jealous of our men’s team get to make this trip the last 10 years,” 16-year-old head coach Greg Allen said. “I am beyond grateful that women can experience one of the most iconic golf courses in the world this weekend.”

At the start of the weekend, Allen expressed his excitement over the debut of two freshmen, Lynn Lim and Tillie Claggett. Lim finished day one with a 77 and Claggett shot a 79, which included a birdie on four of the game’s first nine holes.

Stanford and Texas A&M entered Saturday tied for first after the two schools posted a 358 of 2 under par on Friday. Paving the way at Texas A&M was senior Jennie Parkwho shot an impressive 66 to sit alone in first place after 18 holes of play.

Saturday, Vanderbilt righted the ship, improving by 24 hits. Sattelkau continued his strong performance, birdieing his final two holes and shooting a 70. Virginia Ding bounced back from a tough Friday to shoot 74. Ding was tied for 40th with Claggett at 11 over par heading into the final day of competition.

“I think our young girls showed great resilience today and played the kind of golf I expected to see on Friday,” Allen said. “I’m proud that they chose to have a short memory and get back to work.”

The third and last day action was highlighted by Claggett, who shot an impressive 71. She finished her first collegiate tournament at 10 over par, which placed her 29th overall. Sattelkau had Commodore’s best overall score for the weekend, finishing 4 over par (tied for 13th). Vanderbilt finished the weekend sitting at 59 above normal.

While not the start the program was looking for, a strong second day and impressive performances from Commodore newcomers paved the way for success as the season progressed.The team will be in action next time they host the Mason Rudolph Championship September 23-25 ​​on the North Course of the Vanderbilt Legends Club in Franklin, Tennessee.