After two years of waiting, the best girls join the boys in Sage Valley 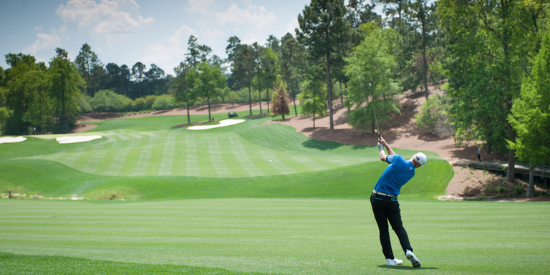 After two years of waiting, the best girls join the boys in Sage Valley

At Sage Valley Golf Club, a private and pristine gem nestled in the pine trees in Graniteville, South Carolina, just 18 miles northeast of Augusta National Golf Club, it’s hard to ignore the many nods to the masters house.

And while the Junior Invitational, which returns this week after a two-year COVID hiatus, is the Masters of Junior Golf, there is now also a tie with the Augusta National Women’s Amateur. In March 2019, the Sage Valley Junior Invitational Sports Foundation announced plans to launch the first women’s field in 2021. A lingering pandemic delayed the event for two years, but this week it is coming to fruition. The 54-hole event runs from Thursday to Saturday.

Many aspects of the coveted junior event set it apart from the rest of the competition schedule, but perhaps nothing quite sets it apart like the accommodations. Sage Valley hosts players on site for six nights. There is a lighted par 3 of nine holes which is like a playground for the budding professionals who pass here every year.

It’s quite an experience – a “mini camp with a golf tournament around it”, as Pete Davis, president of the SVJI Sports Foundation, put it – but that may be where the biggest hurdle lies. creation of an event for girls. How many players can the club accommodate?

Davis said the foundation’s board had developed the concept of a girls’ course over the past five to six years, consulting with major golf organizations on the challenges facing them. Holding the two events back-to-back was the only way to be fair to both, Davis said, and by adding a 24-girl field to the tournament, the boys’ field was also reduced to 36 players.

“With a field size of 36,” Davis said, “we’re leaving a few talented boys with that field size going from 54 to 36, but we think the opportunity to play them in a combined tournament outweighs that. reducing the number of spaces for boys.

Related: Take a look on the pitch

Still, the boys’ field includes the top 10 players in the Golfweek Junior rankings. Top-ranked Alexa Pano tops the girls’ list, with four other players ranked in the top 10 in competition.

When Pano first heard about the creation of the event, she knew she wanted to be there. As the tournament approached, he consumed talk of junior golf.

“Even before that, we all communicated a lot about what everyone brings, what everyone does,” she said. “There’s been so much hype and talk around this event between both parties, the girls and the guys.”

This even includes match-3 matches on the periphery of the tournament proper.

“I think we put on good matches,” said Pano.

Pano and five other players will travel to ANWA four days after Sage Valley, but for now the focus is firmly on Sage Valley.

“Anyone asking about my upcoming schedule, I’m so excited to talk about it because what better weeks could you put together other than playing Sage Valley, the best junior golf tournament, and then going to the Augusta Women’s Amateur, the best women’s amateur event?” said Pano, who just opened the Epson Tour season with a T-10 at Florida’s Natural Charity Classic. “It’s two insane weeks of golf, playing on some of the best courses in the country.”

From his perspective, Davis has been watching ANWA closely and he hopes to draw a line between this event and the new women’s event in Sage Valley.

“What this means for women’s golf and women’s golf is immeasurable,” Davis said of ANWA, “and I hope that in the same way that we have sought for years to do so, I hope that the Junior Invitational will become just that for junior golf.”

The mission of the Junior Invitational is to organize the most prestigious junior golf championship in the world, an annual invitation-only event for the top 54 players from around the world, hosted by the renowned Sage Valley Golf Club.