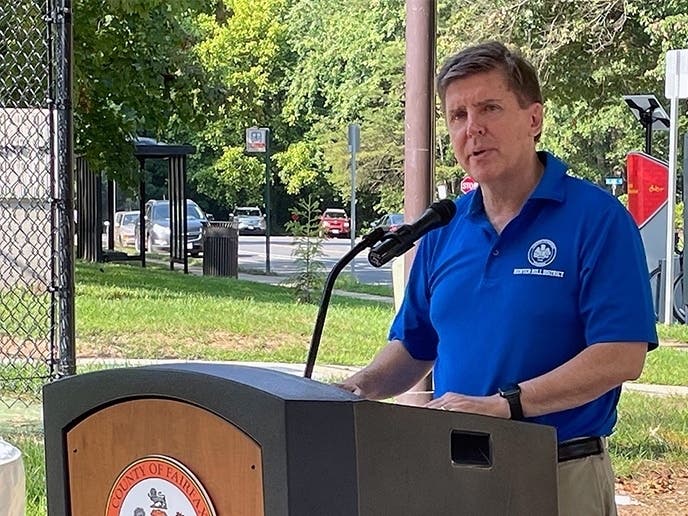 RESTON, VA – Hunter Mill District Supervisor Walter Alcorn sent an email Tuesday to members of the community who contacted him about the possibility of a redevelopment of the Reston National Golf Course.

Alcorn reaffirmed its position in the email that it would oppose redevelopment of the golf course by its owners unless there was overwhelming community support for the project.

“It has been my longstanding position that I will oppose changing this Global Plan designation unless and until the communities surrounding the golf course indicate their desire to initiate a change in the Global Plan,” Alcorn said. “To date, the overwhelming response I have heard from surrounding residents is that the Reston National property should remain a golf course.”

The study group concluded its editorial by saying that a multi-year mediation effort was needed to protect the shared canopy of trees, which would involve the participation of the Reston Association and neighboring landowners. The editorial ended with an offer from the study group to fund the pilot program, which it estimated would cost $6 million.

Since the task force began conducting its community outreach activities last year, Alcorn has met with representatives from Rescue Reston and the presidents of the cluster associations that surround the golf course.

“In all of these meetings, I have noted that Fairfax County’s current comprehensive plan clearly designates Reston National Property as a golf course,” he said in his email.

Connie Hartke, president of Rescue Reston, told Patch in February that the invasive species issue was really a pretext for the study group to push forward the redevelopment of the golf course.

The question of the Reston National redevelopment was raised on Wednesday evening special meeting of the RA Board of Directors, focusing on draft recommendations of the working group for the study of Reston’s global plan.

When Alcorn introduced the motion requesting the review of Reston’s overall plan at a January 2020 Supervisory Board meeting, it deliberately excluded Reston’s two golf courses from the review.

Despite this exclusion, working group member Tammi Petrine, who worked on the planning principles, environmental stewardship, and public art of the draft recommendations, offered to answer the golf course question during of Wednesday’s meeting.

Later in the meeting, Alcorn referred to the failed attempt in October 2020 by the owners of Reston’s other golf course, Hidden Creek Country Club, to gain community support for their plan to install 1,000 housing units. and a 100-acre park on their property.

“The full plan currently shows a golf course for Hidden Creek and Reston National,” he said. “Reston National, frankly, the owners are starting a little later and they’re kind of in the middle of public awareness.”

So far, concerns expressed by the community at this point have overwhelmingly opposed the redevelopment of Reston National, according to Alcorn.

“Basically, I want to give Reston National owners the opportunity to pitch and speak to the community,” he said. “But I’m not going to let this go forever.”

Reston National Neighborhood Study Group will present the results of its canopy health study at a live broadcast event which can be viewed on the Reston National Golf Course Facebook page at 6:30 p.m. Friday.