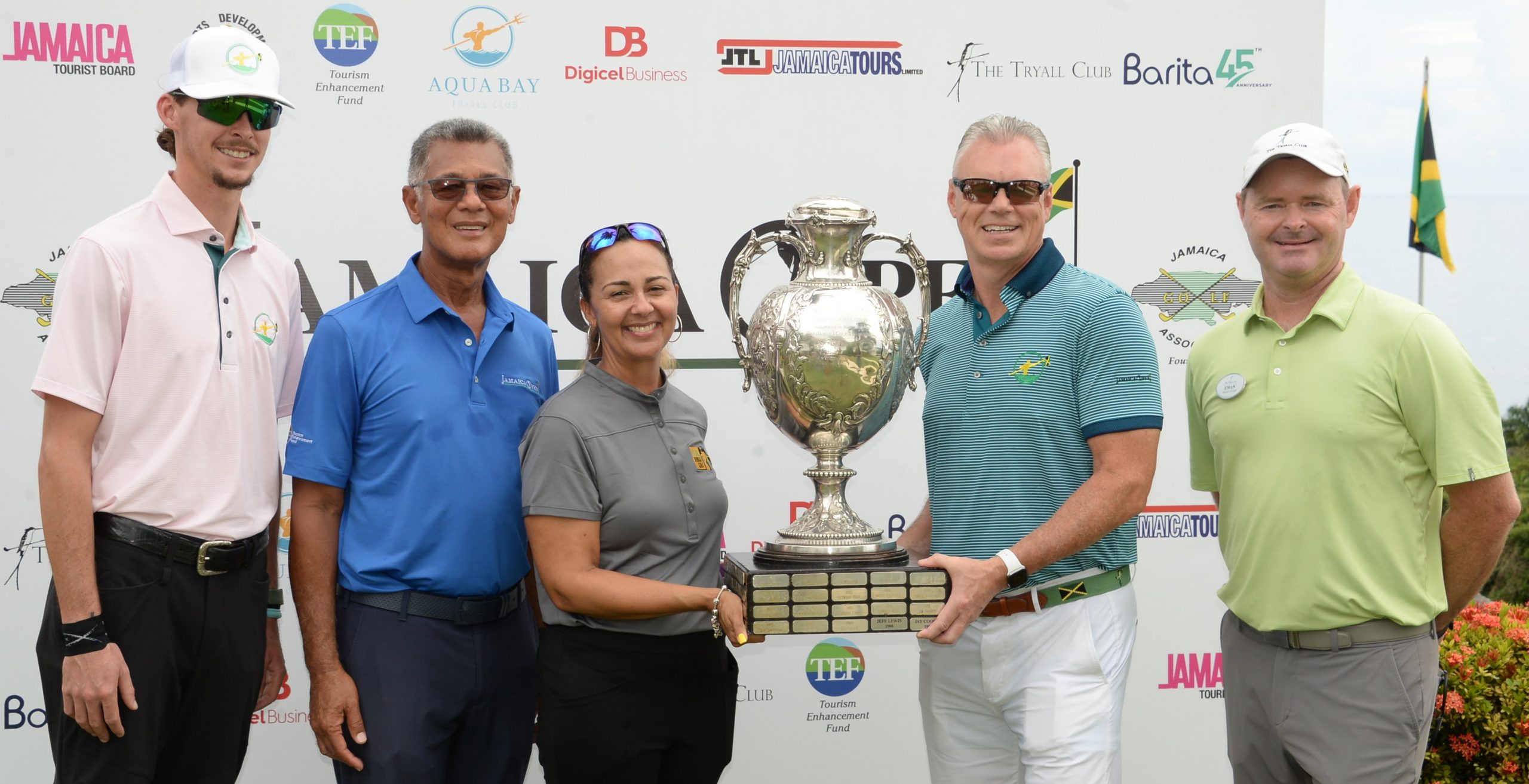 The championship will take place in Tryall for the fourth consecutive year from Saturday November 12 (pro-am) to Tuesday November 15 on the par 72 golf course.

Ewan Peebles, director of golf who spoke at the press conference, said everything is in place in terms of setting the course for another successful championship.

“We had heavy rain yesterday (Friday) and a bit more rain is forecast for today (Saturday) so the golf course has softened over the past 24 hours or so. If we can pass the pro -am this afternoon, I think the forecast for the three day tournament Sunday, Monday and Tuesday is little to no rain, but the rain has certainly made the golf course green again. It will play a little softer. It might playing a bit longer but the big problem right now is we have no wind at all and the wind is usually a major feature when you play here at Tryall and that’s part of the challenge and the defense of the golf course.

“If the wind doesn’t pick up with these mild conditions, we expect low scores.”

He also said the course looked very nice and was fully ready for the championship, but he would like to see some sunshine now.

The rains came in heavy doses during the pro-am and play eventually had to be stopped, with everyone tagged out at the nine-hole mark.

Peter Chin, chairman of the organizing committee, said final figures showed 90 golfers entering the championship and an increase in prize money. “We have some very exciting golf in store for the next four days. Three days of real competition and today we have the pro-am which will involve a lot of local players who want to play with the pros and we are looking at starting at 12:30 and all systems are working. He also stated that “the field is 90 which is the maximum we can do and the prize money is $110. We have great promising players in the event. We have returning champion Mark Maguire and 2020 champion Patrick Cover, so we expect some very tough competition from everyone involved.

One of the professional golfers, Hunter Summy, said he was looking forward to the championship this year. “It’s (the course) great. The course is probably in the best condition I’ve ever seen. The greens are running. The fairways are nice. It will pay to hit the fairways this week. The rough is not something to play with, the course is tight anyway, but to prepare for the Open you just want to hit the fairways and two putts if a birdie comes in, but the pars are excellent at this golf course.

The other speaker at the press conference was Scott Summy of Aqua Bay, the Jamaica Open’s third presenting sponsor. He said: “I have pretty high expectations, I know there’s a full field (and) we’re pretty much done with Covid for the most part, so things are getting back to normal and I think the quality of players is going to be very high this year. He also said he played the course during the week and was in great shape for top-level competition.