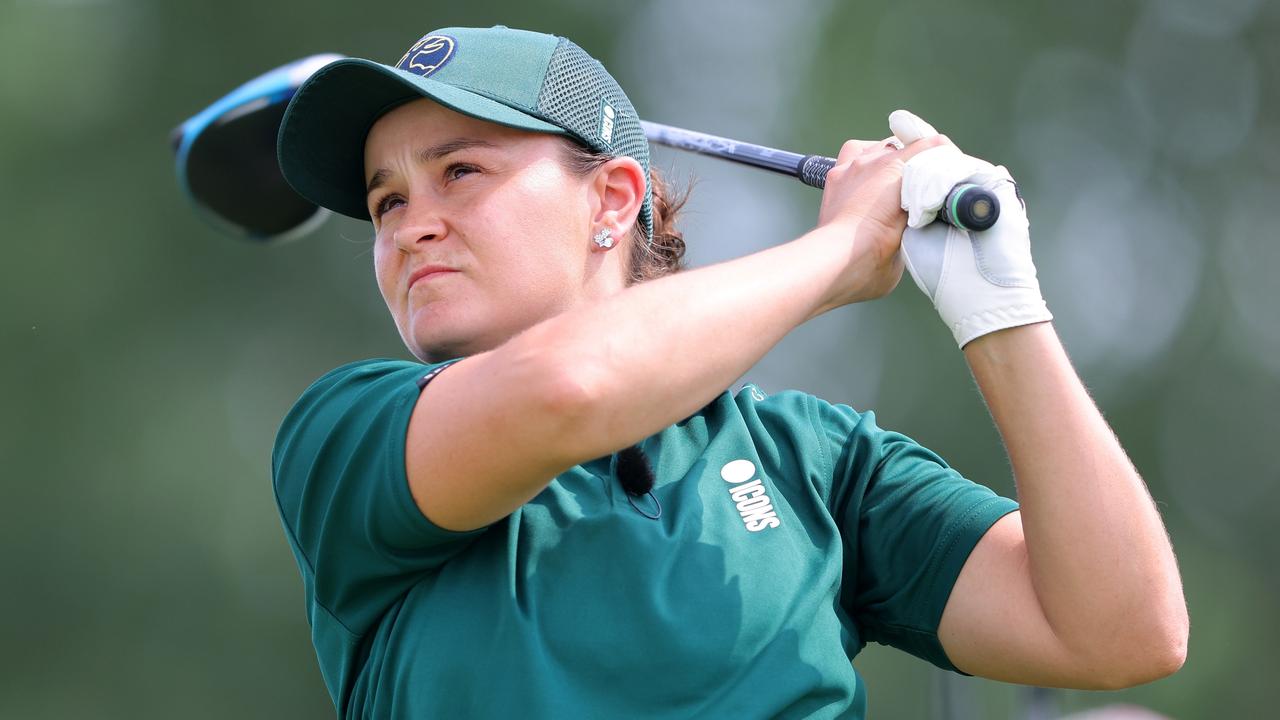 Ash Barty remains content with her life away from tennis, revealing she hasn’t watched any of the Wimbledon singles finals and has no regrets about quitting the sport.

In an interview with The Guardian, the 2021 Wimbledon and 2022 Australian Open champion said she missed both the crowning of a new women’s champion (Elena Rybakina) and the Nick Kyrgios clash with Novak Djokovic.

“I haven’t watched the Wimbledon final this year,” she told the outlet.

Watch Tennis Live with beIN SPORTS on Kayo. Live coverage of ATP + WTA Tour tournaments, including every match in the finals. New to Kayo? Start your free trial now >

“Sorry to disappoint. Obviously I was thrilled for Ons and Elena, who are both brilliant girls. And it was obviously great to see Nick, who I’ve known for over a dozen years, go finally.

“But since I retired I’ve probably watched as many games as I did when I was playing, which was slim to none. Every once in a while we’ll have it as background noise, but it’s very Rarely do I sit down and watch a match from start to finish with any interest. I’ve hit enough tennis balls in my life. I don’t need to see other people hit them too.

Barty remains adamant that her decision to retire at the top of her game was the right decision for her.

“I don’t regret retiring,” she said.

“Not one. I knew it was the right time for me. It was what I wanted to do. And I know a lot of people still might not understand that.

“But I hope they respect that in the sense that it was my decision. And yeah, it’s been amazing. That’s all I ever wanted.

Barty spent much of his newfound free time playing golf, including celebrity tournaments around the world, such as at St Andrews ahead of the 150th Open.

But she shut down suggestions that a full-time golf career was on the cards.

“Golf is a hobby and always will be,” she said.

“I know what it takes to get to the top of any sport, and I don’t have the desire or the drive to do the work required.