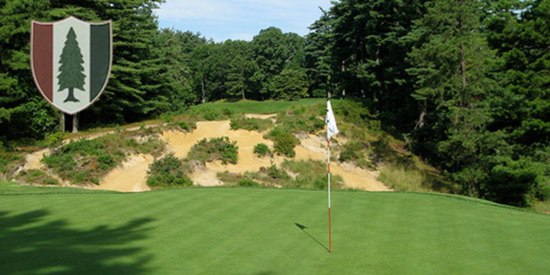 A pair of first-time champions emerged from a turbulent final day of the 97th George A. Crump Memorial Tournament. Two weather delays prolonged proceedings at Pine Valley Golf Club and forced the postponement of the awards ceremony as players rushed to the airport immediately after the game.

In his first Crump Cup, Stephen Behr, Jr. of Alpharetta, Ga. came away with the biggest victory of his career, beating Jimmy Ellis of Venetia, Pennsylvania 3 and 2 in the championship match.

The two finalists did not have an easy path to the final.

Behr, Jr. was twice against Tug Maude with five holes to play in the semi-finals, but managed to win the last four holes for a 2 and 1 victory, while Ellis beat the two-time American champion mid- amateur Stewart Hagestad of Newport Beach, Calif. on the 19th hole to set up Sunday afternoon’s championship game.

Behr, Jr., who played collegiate at Clemson and was named AmateurGolf.com’s 2020 Mid-Amateur of the Year, navigated the treacherous setup with precise driving and solid iron play to come away with a 3-2 win over Ellis, a former Robert Morris star who tasted victory at the Pittsburgh Classic at St. Clair Country Club in early August.

“This is definitely the biggest win of my career,” said Behr, Jr., who had never played in Pine Valley before this week. “It’s such an honor to play in the Crump Cup and I had chills and pinched myself to be here all week.”

Behr, Jr. took a 1 lead over Ellis with a birdie on the monstrous uphill 238-yard par-3 hole.

His lead was still one when he hit his second shot into the green bunker on the par-4 13th hole, which Bobby Jones once called the greatest par-four in the world.

With Behr, Jr. in the hold, rain again set in at Pine Valley, forcing a delay of about 20 minutes.

When play resumed, Behr, Jr. left his third shot in the bunker, then hit his fourth from 12 feet and managed to save bogey halfway through the hole.

“It was huge,” Behr, Jr. said. “It’s not often that a bogey works in your favor in match play, but it sure does.”

Behr extended their lead to 2 on the 14th before closing the game on the 16th.

“Pine Valley is one of the most exceptional clubs and courses in the world and winning here is something I will always treasure.”

Joe Sanders beat Drew Kittleson, 2 and 1 in the second flight of the Championship split while Michael Barbosa beat Bobby Leopold, 3 and 2 to win the third flight.

To win the Senior Crump Cup, he had the unenviable task of drawing Mike McCoy, the reigning British Senior Amateur Champion and Walker Cup captain, in the championship final.

The 61-year-old Brennan was up to the task, as he won the championship on the first extra hole, the 425-yard first, considered the “best 19th hole in golf”.

Brennan was down three after deeming his ball lost in a tree on the 636-yard, par-5 seventh hole, but ultimately tied with the defending Senior Crump Cup champion.

On the first extra hole, McCoy hit his tee shot into the right fairway bunker and was forced to play sideways into the fairway. He then hit his third shot at eight feet.

Brennan’s long birdie putt was six feet short and after McCoy missed his par putt, Brennan closed out the game with a clutch stoppage.

Sean Melia of AmateurGolf.com contributed to this report. 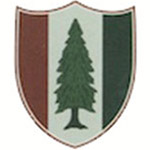 The George A. Crump Memorial Tournament – named after the hotelier and course designer most famous for building Pine Valley – is arguably the premier mid-amateur event in the United States. The invitational field is made up of the best players from the United States and the United Kingdom. The four-day format is two qualifying rounds of stroke play, followed by four rounds of match play. Players are flown based on their qualifying position, and a separate Senior flight includes three such flights. Jay Sigel has won the event the most times, with nine victories between 1975 and 1993.

Normally, the public is invited to attend the finals on Sunday, but this tradition has been suspended.