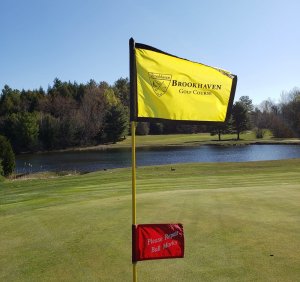 The website, which represents the national professional golf association of over 29,000 golf professionals and golf’s foremost experts, identified Therrien in his article “Ten PGA Jr. League Captains Who Inspired a Decade of Dominance” on November 3.

The article, written to celebrate the 10th anniversary of the PGA Jr. League, celebrated the “rock star coaches who are the lifeblood of the program” which has involved more than 64,000 children nationwide this year. Therrien’s PGA Jr. League had two teams with 24 kids this year, boys and girls ages 8 to 13. The teams competed in 12 tournaments in Brookhaven and across the region. The City of Greenfield also hosted weekly “Learn to Golf” sessions for approximately 100 children for four weeks this summer. Brookhaven is one of the only local courses to offer free golf for those 17 and under.

Registration for the 2022 PGA Jr. League and Summer School begins in February. Therrien plans to add a PGA Jr. U17 program, for children ages 4 to 17, as well as adult clinics and a number of recreational and competitive tournaments. For more information, visit www.brookhavengolfcourse.com or call 518-893-7458.