Brooks Koepka on his kit deal, club development and his famous 3-iron 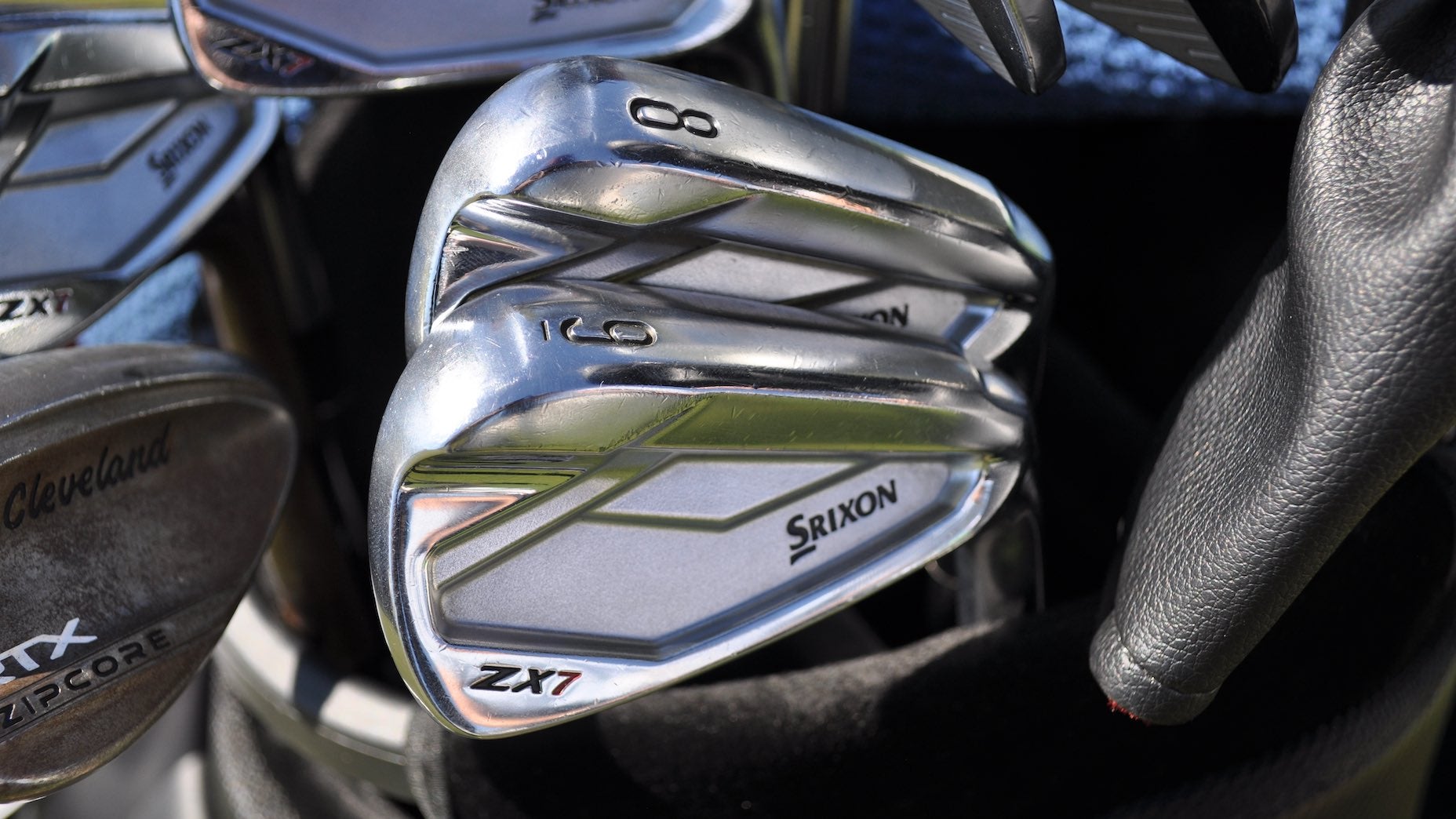 Brooks Koepka returns to the site of last year’s WM Phoenix Open victory with a new kit deal in place. Once the poster boy for independent gear setups for the brand, Koepka signed a multi-year deal with Cleveland/Srixon in November that removed the biggest free agent from the market.

During a recent chat with GOLF.com, Koepka discussed his decision to leave free agency, Hideki Matsuyama’s role in his golf ball change, and the healthy supply of Nike Vapor Fly Pro 3 irons at his home.

BROOKS KOEPKA: It was actually quite easy. The transition started with the irons, which was probably the easiest transition I’ve ever had as far as equipment goes. It was super fun, the process was awesome. I think the golf ball is the best golf ball I have ever played. Everyone was immediately surprised [during ball testing], from my caddy to the Srixon guys and myself. The ball flight is about 15 higher and the spin is still the same. This is what you want.

One of the craziest things I still can’t figure out is how the golf ball flies in the wind and doesn’t move as much, which is absolutely insane. I already told my caddy when you watch Hideki [Matsuyama] hitting balls in a crosswind, it doesn’t move. I’m like, how the hell does he do that? It’s impossible. It’s blowing at 20 mph on the right and the ball really isn’t moving. Meanwhile my balls are up there going sideways. Then you hit the Srixon ball and it does exactly what Hideki has been doing for years. So that’s pretty cool. It’s been months in the making and an easy transition, to be completely honest.

What do your golf ball tests look like? Is there like a certain knock – a whim – that you need to see during testing to feel completely comfortable making the switch?

KOEPKA: I go through every shot I need. You can always try to start with anything around the short game and just about eliminate the balls. But it’s funny, in 2016, I had just signed with Nike, and I remember being at [the Travelers Championship] and everything with Nike had stopped. And then a few months later, we were just doing some testing and blacked out all the golf balls.

Only my caddy knew exactly what each golf ball was when we tested and I found three golf balls that I liked. I just went with the one I’ve used for years, but the Srixon was number two. It would be interesting to see with amateurs if you blacked out what their favorite golf ball would be.

Aside from guaranteed money, what’s the biggest advantage of being a staff member over a free agent?

KOEPKA: Money doesn’t matter to me. That’s not why I did this. I think it’s just better equipment, better ball, better everything. There’s a reason I haven’t been with anyone for over four years, basically. I just think it’s better. It was pretty obvious to me. It was obvious to everyone on my team that the direction we’ve taken is the right one, and we’re all very happy about it.

How much do you rely on Launch Monitor numbers to tell you how good a piece of gear is when you’re testing versus what you see and feel?

KOEPKA: All my coaches are [looking at the numbers] when I hit him. I’m not a big numbers guy because sometimes I try to focus on the wrong things and try to make it perfect. But we were just doing some stuff the other day and I mean, I can tell you from the moment of impact if it’s a good swing, a bad swing, what’s the problem. I’m more of an eye test guy. If he passes my test, I can see if I’m failing.

I do it the old fashioned way. I mean, I know if it turns too much or not enough, if it’s the right height. I can tell him immediately that this setup is good or that ball is good. If you’re just trying to tinker with things…if that’s the right solution, I’ll let them know. They’re usually behind me saying, yeah, you’re right. Their faces are buried in a monitor and they’re not watching the ball.

Which Cleveland/Srixon club are you most looking forward to helping develop in the future?

KOEPKA: I think I’m pretty happy with everything, especially the ball. I just hope they don’t do anything about it. I like the fact, as I mentioned, that it doesn’t move in the wind. I used these wedges as a kid so it’s nothing too crazy for me. And then the iron is honestly, like I said, it’s been the easiest transition ever. I’ve never played irons with this type of sole, it’s a bit like a v-sole. And I don’t think I’ll ever play anything other than that in the future.

So I guess my answer is probably antlers would be the coolest thing [to help develop]. I think he’s probably one of the most underrated pilots. I think the feeling of the ball flying watching him come out of that face – I just think the whole brand is very underrated.

I know you still have the Nike Vapor Fly Pro 3 iron in the bag. Do you have reinforcements at home if something happens to this club?

KOEPKA: I remember having this shit from when I signed with Nike [in 2016]. It doesn’t come out of the bag and I have plenty of backups. We were laughing at this club the other day. The shaft is indicated to wear where the club rubs against the bag. I had to re-glue the ferrule because it came off. But yeah, I mean, once I have a piece of equipment that I like and stick with it, I’m not a do-it-yourselfer. I do not change. I keep it as is. I’m excited and you know, we just finished composing everything. It’s two days into February, so it’s going to be fine from now on.

Want to redo your bag for 2022? Find a suitable location near you in GOLF Affiliate True specification golf. For more on the latest gear news and information, check out our latest fully geared podcast below..

Jonathan Wall is GOLF Magazine and GOLF.com Editor for Equipment. Before joining the team at the end of 2018, he spent 6 years covering PGA Tour equipment.