“Can the kid play alone..” – Fans react to a Reddit image of Tiger and Charlie Woods training early today 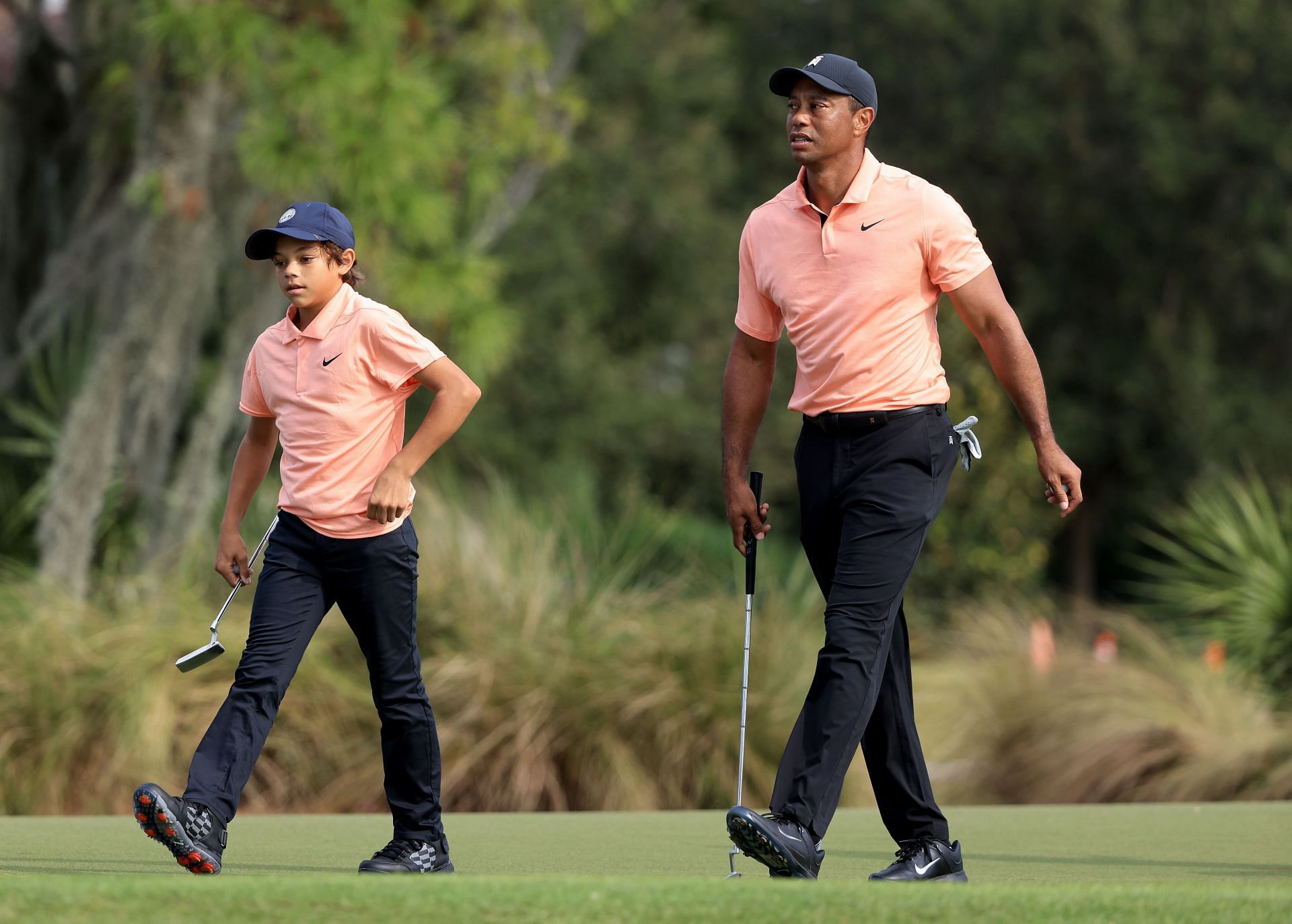 Tiger Woods raised his son Charlie to golf. Just like his father, the young golfer already excels at the age of 13. He is well on his way to becoming an excellent professional if he decides to pursue this career.

His father played a crucial role in it. He taught him, took him to tournaments and even played with him, either as a teammate or as a caddy.

A recent photo surfaced on Reddit showing the father-son duo at work early in the morning, with Tiger running the caddy for his son.

Twitter users saw this photo and had mixed reactions. We just want to see the young golfer playing on his own without the help and perhaps the pressure of his father’s presence.

This user is not sure that Charlie can really understand the game if he has help at every turn.

@carlanettles @CaddieNetwork on the practice tee..yes..but understanding how to handle course conditions is the fun of golf..individual sport..if dad has to tell him which club and make every decision…does he learn the game.

@carlanettles @CaddieNetwork on the practice tee..yes..but understanding how to handle course conditions is the fun of golf..individual sport..if dad has to tell him which club and make every decision…does he learn the game.

A user thought Charlie would be like his father one day.

Others think it may be what Tiger’s father did for him, which ultimately shaped him into one of the greatest golfers of all time.

@CaddieNetwork We weren’t there watching Earl with Tiger. I suspect that’s what Tiger knows.. it worked once

@CaddieNetwork We weren’t there watching Earl with Tiger. I suspect that’s what Tiger knows.. it worked once

Another user thinks the image is excellent.

@CaddieNetwork This should win National Geographic Photo of the Year

@CaddieNetwork This should win National Geographic Photo of the Year

A sentiment another follower agrees with.

Others think Charlie is on the championship trail thanks to outings like this.

@CaddieNetwork That’s how champions are made! Work while everyone plays

@CaddieNetwork That’s how champions are made! Work while everyone plays

The father-son duo could become one of the most prolific in all of sport if this continues.

When will Charlie Woods be able to officially follow in his father’s footsteps?

The young golfer is only 13 years old and will turn 14 in a few months. He is an excellent golfer, but he is still far from being a professional in age and level.

Despite his prolific start, he still has a lot of climbing to do. The PGA Tour age limit is 18, which was changed in the early 2000s after a few 17-year-olds, including Kevin Na, tried to turn pro too soon.

That means it will be at least four years and a few months before Woods even has the chance to turn pro. Most golfers don’t even make it as soon as possible, which means the wait may be even longer.

His dad wasn’t a professional until he was 21, which may have improved his game. That would make it a route Charlie is very likely to take.

How much longer will Tiger Woods be an active golfer?

As with all father-son sports duos (like LeBron James and his son), as the father continues to play and grow older and the child nears professional age, people wonder if they will have the chance to compete in the same league at the same time.

With the Woods, that’s not exactly likely. As mentioned, Charlie still has at least four years to go before turning pro and it doesn’t look like Tiger, with his myriad health issues, will be playing that long.

He doesn’t compete very often now, so he might be able to extend his career, but even then it would be a stretch.