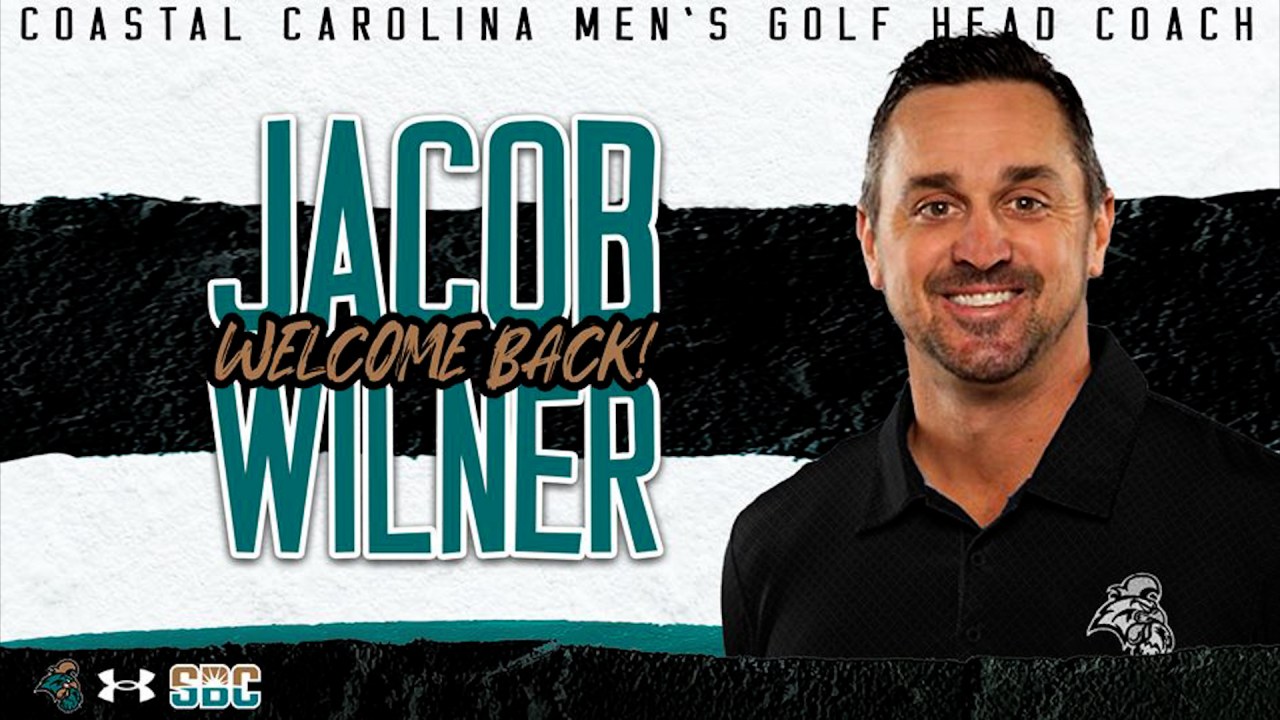 “We are thrilled to welcome Jacob and his family to Teal Nation! He has produced a consistent track record of success as a head coach, most recently exemplified by his being named Coach of the Year at his conference,” Hogue said. “As an alumnus, he uniquely understands and appreciates the value of our program and is passionate about leading Chanticleer men’s golf to championship heights. We can’t wait to get to work and write the next chapter of our program.

Wilner was named the 2021-22 Mountain West Conference Coach of the Year. He previously coached at the University of Nevada for 13 seasons and led the Wolfpack to 4 consecutive NCAA regions.

For the past five years, the Wolfpack have finished in the top 75 of the national Golfstat rankings, including 34th at the end of last season.

He worked on golf courses in Myrtle Beach with a stint as an assistant instructor at Golf Digest schools in 2003.

Wilner graduated in 2001 from Coastal Carolina University with a bachelor’s degree in Recreation and Leisure Services Management. Wilner was a member of the Chanticleer golf team for four years. He earned All-Big South Conference honors in 1999-2000 with an average of 72.3 shots per round. He finished second in the Big South Conference Men’s Golf Championship Tournament in 2000, leading the Chanticleers to their fourth straight conference championship title.

Wilner is from Coral Springs, Florida. He met his wife, Amanda, in Coastal Carolina and they have a daughter, Violet.