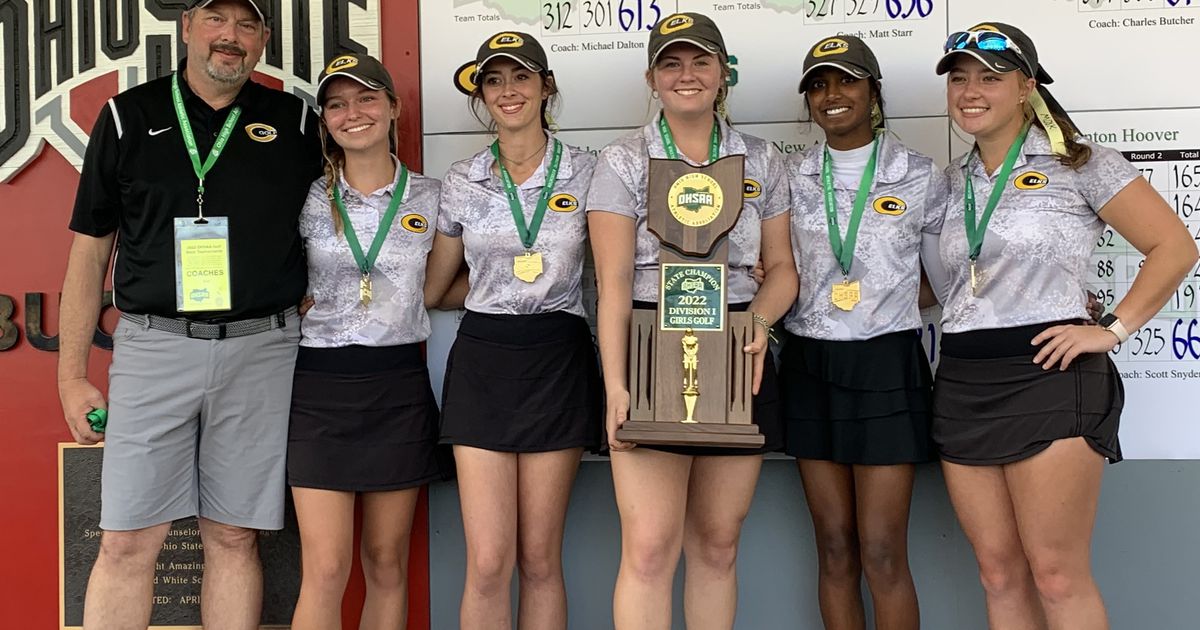 “I don’t think it’s really understood yet,” said Elks senior Morgan Rodgers, who is playing in his fourth state tournament. “But when they put the scores on the board I was so excited, the team was so excited. I’m really proud of all the hard work everyone has done. At the end of the day, that’s the goal.

The Elks, making their 18th appearance in the state, last won in 1995. They finished third in 2015 and two strokes behind the winner, third again in 2018 and 2020 and fourth last year. They are the first team outside of the Central District to win the state since 2010.

“I’m just really happy for the girls,” coach Mike Dalton said. “It almost feels like a high point from 2015 to now and we had several ex-players here. That’s where we were in vogue, and actually doing it was a bonus to be honest.

The Elks shared the first-round lead at 312 with four-time defending champion New Albany. Jerome, who holds a state record six titles, was two strokes behind. The Elks knew it would take a better day on Saturday, and it took a 301 because Jerome shot 300. New Albany lost momentum with a 309 to finish third at 621.

“It was a great opportunity today because there wasn’t a team that was going to run away,” Dalton said. “We all had a chance.”

Rodgers led the Elks with a 74-of-4-over-par on Saturday for a two-day 11-for-151 total to finish eighth and win the States second team.

Springboro shot 328, 22 better than Friday, and moved up a spot to finish 10th in the 12-team field at 678. Second district champion Taylor Dunkle shot 80 to finish at 162 to lead the Panthers, who made their first appearance since 2015. Panthers junior Kinsley Brown shot 78 on Saturday, followed by Danielle Stinson (85), Emily Pettigrew (85) and Morgan Meek (98).

Miamisburg’s Ally Turner shot 76 on Saturday to finish at 159 tied for 22nd. Cincinnati Mercy McAuley’s Kylee Heidemann shot 69 to come from behind and finish with 141 to win the individual title by two strokes.

Division I boys: Springboro went two better on Saturday with a 335 to finish at 672 and tied for ninth with Massillon Jackson in the 12-team field on the OSU Scarlet course. Springboro’s leaders on Saturday were Bradley Hinkel (81), Gavin Augenstein (82), Jack Rott (86) and Eian Cambria (86).

Cleveland St. Ignatius shot 303 for a three-shot victory over Mason, who charged with a 294. Ignatius’ Nick Piesen won the individual title by two shots with a 74 for a total of 148.