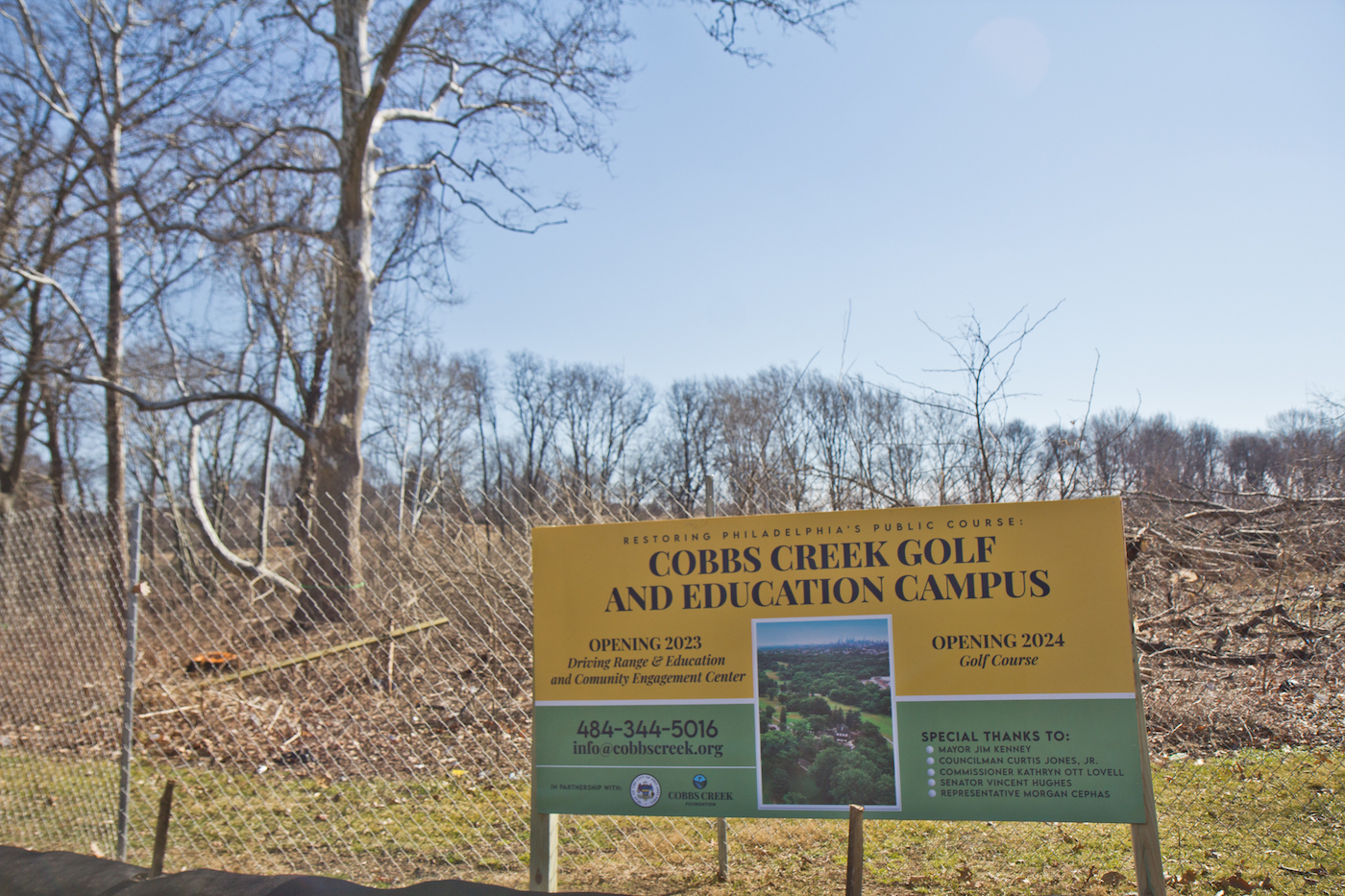 On Sunday, dead tree trunks, dozens of feet long, littered parts of the Cobbs Creek golf course on the west end of town. Stumps – some as tall as four feet wide – dotted the hilly landscape.

Neighbors, park users and conservationists are sounding the alarm over the removal of hundreds of trees by the private foundation that is leasing the land from the city to renovate it into a public PGA golf course ready for events.

“I was heartbroken,” said Bari Turner, a neighboring Overbrook section landlord, who described a scene of utter devastation after visiting the site last week. “Tears literally came to my eyes.”

The city has approved permit for the Cobbs Creek Foundation to remove “some, but not all” of the trees from a quarter – or nearly 90 acres – of the 350-acre property, said Maita Soukup, spokeswoman for Philadelphia Parks & Recreation. Two permits to remove additional trees from certain steep slopes on the property are awaiting zoning appeal board audience. As of Sunday, nearly all trees had been felled between Indian Creek, Cardington Road and a section of Cobbs Creek near the center of the property, many along waterways.

The 30-year renewable lease agreement the city finalized with the Cobbs Creek Foundation in December aims to expand and improve golfing opportunities at the course, which closed in 2020 for safety reasons, after erosion and flooding damaged its greens and fairways, and a 2016 fire destroyed the course’s historic clubhouse. A new nine-hole course, a short course and an 18-hole championship course capable of hosting PGA Tour events are scheduled to open to the public at Cobbs Creek in 2024. The Foundation plans to restore the course to its 1916 design.

To do this, the Foundation must remove “several hundred trees” to reconfigure the course, according to the lease agreement. Michael Rodriguez from Advocacy for Media and Ceisler Issues, who handles public relations for the Foundation, said in an email that much of the vegetation on the property is of “poor ecological value”, entangled in invasive shrubs and vines, or undermined by erosion of river banks. The Foundation did not respond to PlanPhilly’s interview request.

“Every effort is made to leave high quality vegetation intact and avoid deforestation unless necessary,” Rodriguez wrote.

But removing so many trees seems to run counter to the city’s own goals. The Philly Tree Plan the Parks Department is finalizing aims to increase the city’s tree cover by about 20% to 30% within 30 years, and is expected to recommend stricter requirements for developers regarding replacement. trees. When asked if Parks Department officials agreed with the Foundation’s assessment of the trees it felled at the Cobbs Creek Golf Course, Soukup echoed the Foundation’s points.

But local naturalists and park users disagree. Many of the trees cut were mature native species, including tulip poplars, American sycamores, oaks and sugar maples, said production arborist George Pushkal, a member of the Philadelphia Mycology Club who visited the site last week.

“It seemed like a lot of the trees they were chopping down were [for] more like aesthetic reasons,” he said. “Having worked on golf courses myself…they love single trees, like specimen trees or whatever, they love to just leave that and then clear cut everything else around it.”

Neighbors and park users say the overgrown course, which borders Haddington Woods, was home to a wide variety of plants and animals, including foxes, dozens of bird species, edible plants like the spice and black cherries that tasted “like candy” and huge hen of the woods mushrooms.

“The Cobbs Creek Golf Course is actually about as rich in biodiversity as the [John Heinz National] Wildlife Refuge,” said Ro Maurer, a Cobbs Creek resident and frequent user of the park with the Cobbs Creek Ambassadorswhich organizes cleaning of the park, the Philadelphia’s Wild Foodies and the mycology club. “It was like a living classroom there, free and open to the public.”