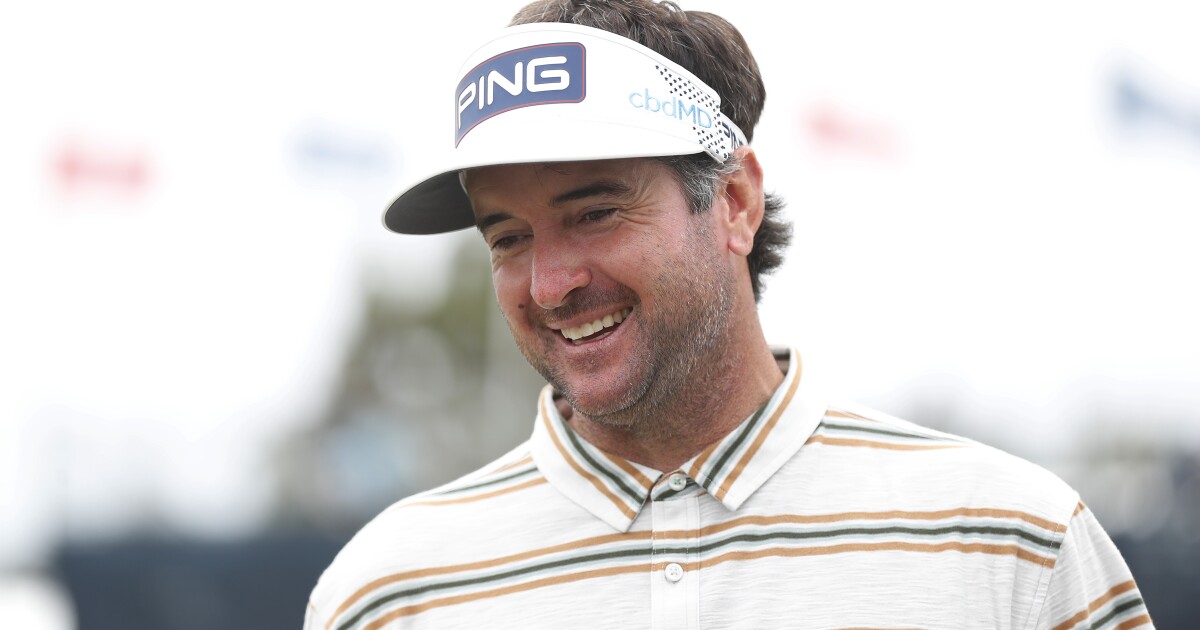 Three days before Bubba Watson’s father Gerry died of throat cancer in 2010, the golfer hand-bathed the former Green Beret and Vietnam veteran who had gone from around 185 pounds to 92 pounds.

The man who disappeared before him had offered quiet and unwavering support as Watson’s career gained victories and wings. Her father regularly leaned against the trees with a cigarette in one hand and a Styrofoam beer mug in the other – always there, in his own way.

The heartbreaking image now before him sowed dark thoughts that pushed the two-time Masters winner to the brink.

Watson has a lot to be thankful for this Thanksgiving. He won 12 PGA Tour events. He has a loving wife and two healthy children. He is financially secure.

There is no tidy holiday bow, however, to wrap around her life.

Standing in the bathroom of his Pensacola, Florida home in 2017, Watson shivered as the scale showed he weighed 162. He had lost nearly 30 pounds in a year, not understanding how or why. He fell to his knees in an adjacent bedroom, imploring through tears for God to help him maintain a seemingly out of control life.

He thought about his father’s last scary days.

“Now you turn to me, I could see changes in me,” Watson said in a recent interview. “My mind raced, as some people’s minds sometimes do. I reminded my father, “Do I have cancer? And I had a stomach ache, “Am I having a heart attack?” “

“Something was wrong. Come find out, it wasn’t physical.

This jarring scene started a mental health fight that continues to this day.

Watson, the 2011 Farmers Insurance Open winner, chronicled demons beyond divots in his book “Up & Down, Victories and Struggles in the Course of Life”.

Day after day, Watson is grateful to have found his foot … and his path.

The sharing of the reality of mental health issues among renowned athletes has slowly evolved from a taboo or a potential sign of weakness to a real and relevant understanding and awareness.

“You have to let him out,” Watson said. “This book was about me letting my thoughts go out of my head. If I don’t share it with you, my wife, my friends, the world, it’s going to eat me alive.

“The best medicine is sharing.

About four to six months ago, Watson met a stranger who told him that the golfer’s openness had helped them cope. Someone else is taking care of this. Someone very famous agreements with it. If he can talk about it, so can I.

There was no request for a photo or autograph.

Watson made the request.

“(The person) shared things in their life and I almost fell for it,” Watson said. “I said, ‘I’ll probably cry before you do.’ I asked if I could give them a hug, because sometimes that’s all it takes.

Then Watson shared his cell phone number with someone he had never met.

Watson is approached by people ranging from volunteers at golf tournaments to cart hunters in grocery stores. They thank him for normalizing something that was smoldering in the shadows. It makes conversations more and more comfortable.

The opening chapter of the book, titled “Rock Bottom,” details when he stood on this ladder.

“When we put together this book, that wasn’t the plan,” Watson said of conversations with Don Yaeger. “Then we decided, why not just get to the heart of the matter and set the table for what it’s all about. It’s about trying to show that we all have something we can work on or face.

“I consider it the darkest hour of my life so far and I hope it will.”

Watson chooses to shed the light.

“Sometimes the help is just listening or patting someone on the back and saying ‘Keep fighting’,” he said. “I can’t put myself in someone’s shoes, but I have an idea going through it myself. “

Some wins have nothing to do with owning a trophy.