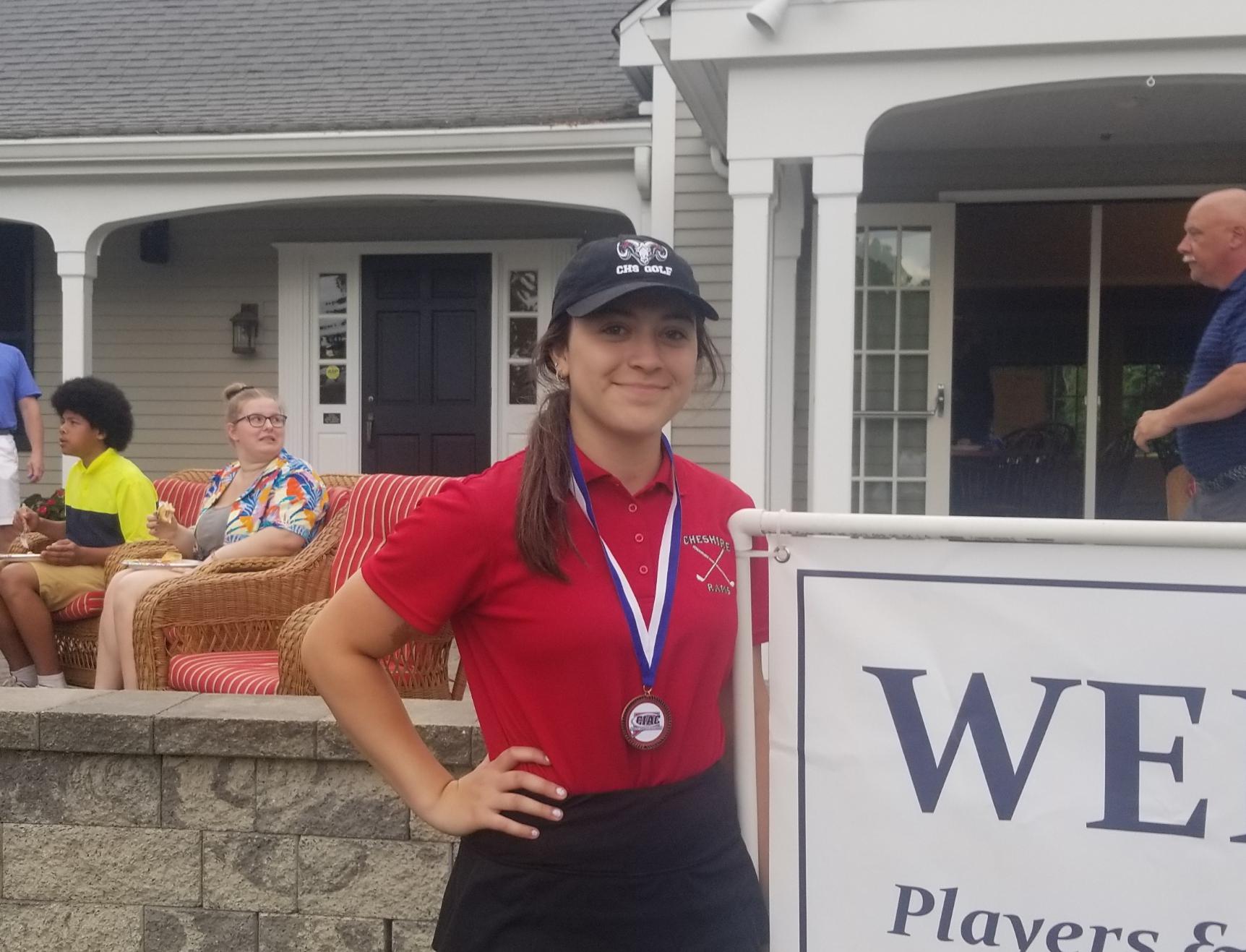 The Connecticut State Golf Association had been considering for several years having a female junior amateur to complement the men’s event.

“It has always been a priority for us to continue to expand opportunities for girls and women,” said Mike Moraghan, CSPA CEO. “A few years ago we were able to convince New England Junior to add a women’s team. And when we took over the management of Borck Junior, there was already a female component.

There will be 25 golfers teeing off on Monday afternoon. This will include several members of the GameTimeCT All-State Women’s Golf Team from last spring’s season: State Player of the Year Libby Dunn, along with her Berlin High teammates Kenna Roman and Samantha Dunn; Kennedy’s Laniah Moffett and Aoife Devaney in Waterbury; Sydney Hidalgo of Cheshire; and Morgan Petersen of Glastonbury.

Devaney has qualified for US Girls Junior, which will be held July 18-23 at The Club at Olde Stone in Bowling Green, Kentucky.

“Doing two rounds of move play is legit for a group of 20-30 players,” Moraghan said.

The tournament will end on Tuesday, but it will end at Waterbury CC. Watertown GC is not available for the final round.

“I understand they’ve booked a doubles outing,” said Morgahan, who said he found out in early June, long after Girls Junior was set up.

CSPA reached out to Waterbury CC, who managed to arrange for the tournament to be held over consecutive days in the same area.

Goode back to defend

The recent graduate of Glastonbury High is part of a good group of juniors taking part in the 81st edition of the championship at the Junior Amateur. It starts Monday.

Several members of the Fall GameTimeCT All-State Teams and spring seasons this senior year of high school are on the field, including the two MVPs: Alex Elia of Wilton and Bradley Swaka of Ellington. Goode was a member of the fall team, as were Will Gregware (Conard), Harrison Browne (Staples) and Dan Casanta (Pomperaug).

The lowest 32 players will qualify for match play on Wednesday. Two match wins on Wednesday and Thursday put a golfer in Friday’s final. Yes, that’s the new schedule once Watertown GC pulled out of hosting on Tuesday due to this booked outing.

This is the second year in a row that Watertown GC has chosen to modify the CSPA Junior Schedule. In 2021, the club postponed the start of the Championship by one day due to Independence Day observed on July 5. The two finalists, Goode and Matt Doyle, both had commitments this Friday, so the final has been rescheduled for later in the month. .

“That’s what we’ll do this year if it doesn’t work out (by Friday),” Moraghan said.

Smith, who had owned Orange Hills CC since the mid-1950s, died in January at age 97.