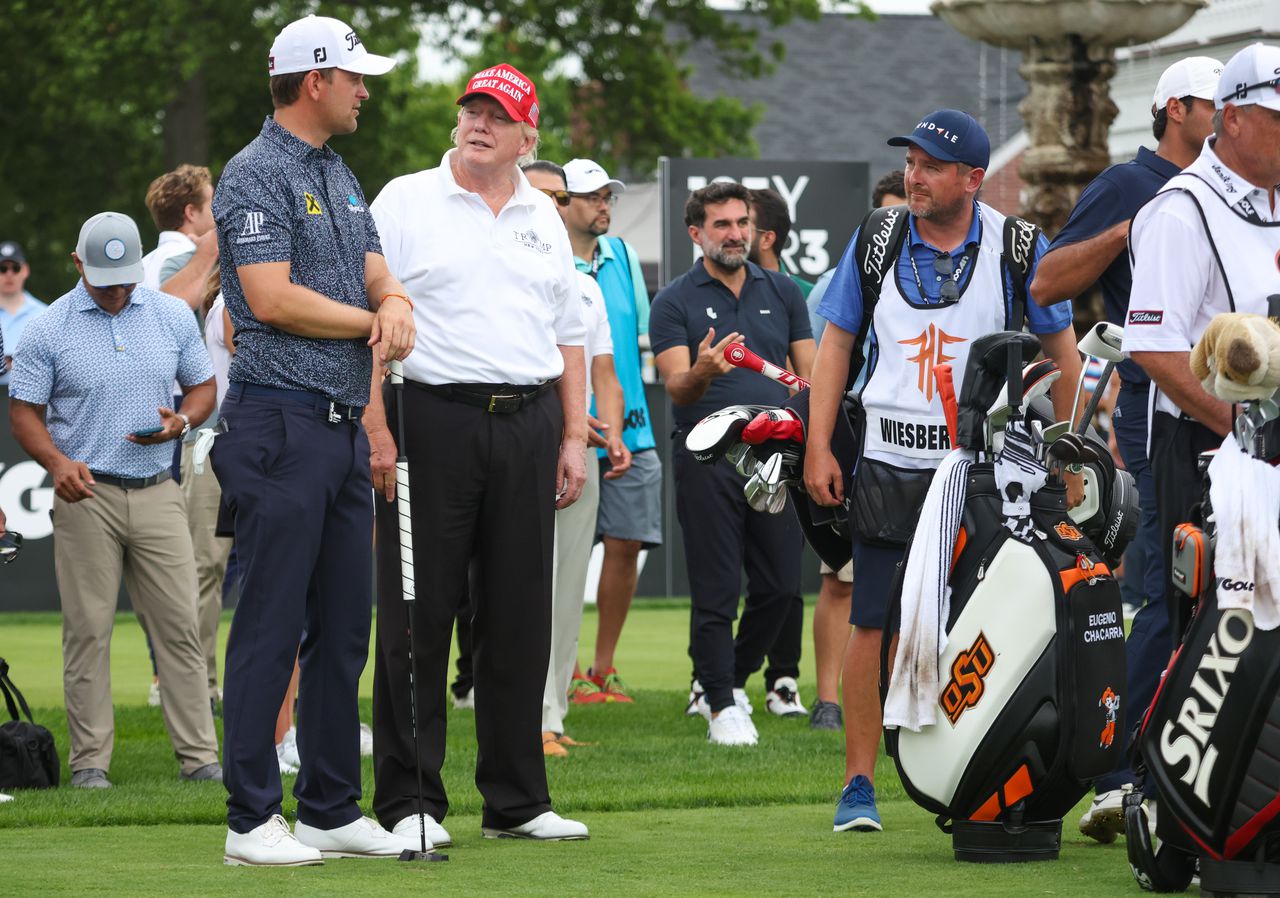 Just weeks after former President Donald Trump hosted the controversial LIV Golf tour at his Bedminster club, two state lawmakers introduced a proposal that would ban such an event from happening again in New Jersey.

The bill by Senators Andrew Zwicker and Richard Codey, both Democrats, would ban sports organizations that operate primarily with money from sovereign wealth funds from hosting sporting events in the Garden State.

That would include LIV, the professional golf tour that aims to rival the PGA but has faced backlash for being backed by the Public Investment Fund, Saudi Arabia’s sovereign wealth fund.

In announcing their bill on Tuesday, Zwicker and Codey pointed to US intelligence reports that Saudi Crown Prince Mohammad bin Salman approved the killing of Washington Post journalist Jamal Khashoggi, which the prince denies. They also noted that the country has been accused of human rights abuses.

“Yet we don’t need additional recognition or notoriety to run competitions funded by repressive governments or unsavory actors like Saudi Crown Prince Mohammed bin Salman. This legislation will prohibit the Saudi PIF or any other sovereign wealth fund from using New Jersey or its sports organizations in shameful attempts to “wash the sport.”

Additionally, families of 9/11 victims protested LIV at Trump’s club last month, calling it “the golf course of death,” after FBI documents last year said the Saudi hijackers received support from Saudi nationals leading to the 2001 terrorist attack. The Saudi government has denied any involvement in the attacks.

“No one would have believed that after this terrible day when we would allow foreign governments to hold events in New Jersey to try to clean up their image after centuries of human rights abuses and ties to terrorists” , said Codey, D-Essex, said.

The founder of the 9/11 Justice group says Politico that a Trump representative called him to tell him that 9/11 “is really near and dear to Trump” and that he “will remember everyone” who sent a letter expressing their anger about the ‘event.

At the event, trump said “No one unfortunately got to the bottom of the events of 9/11, and they should have.” He also called the terrorists who carried out the attack “maniacs who did this horrible thing to our city, to our country, to the world.”

The Republican and his senior adviser and son-in-law, New Jersey native Jared Kushner, had a close relationship with the Saudi crown prince when Trump was president. After Trump’s departure, the Saudi investment fund donated $2 billion to Kushner’s private equity firm.

Meanwhile, Trump said the LIV Tour had created the “gold rush” for gamers. The tour offered top golfers tens or hundreds of millions of dollars to play. The deal signed by Phil Mickelson is rumored to be worth $200 million over less than five years.

Mickelson forbidden to play in the toursaying “I don’t condone human rights violations at all” but he also “saw the good the game of golf has done throughout history and I think LIV Golf is going to do a lot of good for the game too.”

Under New Jersey’s proposed bill, the state attorney general would have the power to ensure that municipalities, countries, organizations, governments, landowners and licensees comply with the ban.

The measure is expected to pass both the Senate and the state Assembly — both controlled by Democrats — and signed by Democratic Gov. Phil Murphy to become law.

Our journalism needs your support. Please subscribe today to NJ.com.

Brent Johnson can be attached to [email protected]. Follow him on @johnsb01.