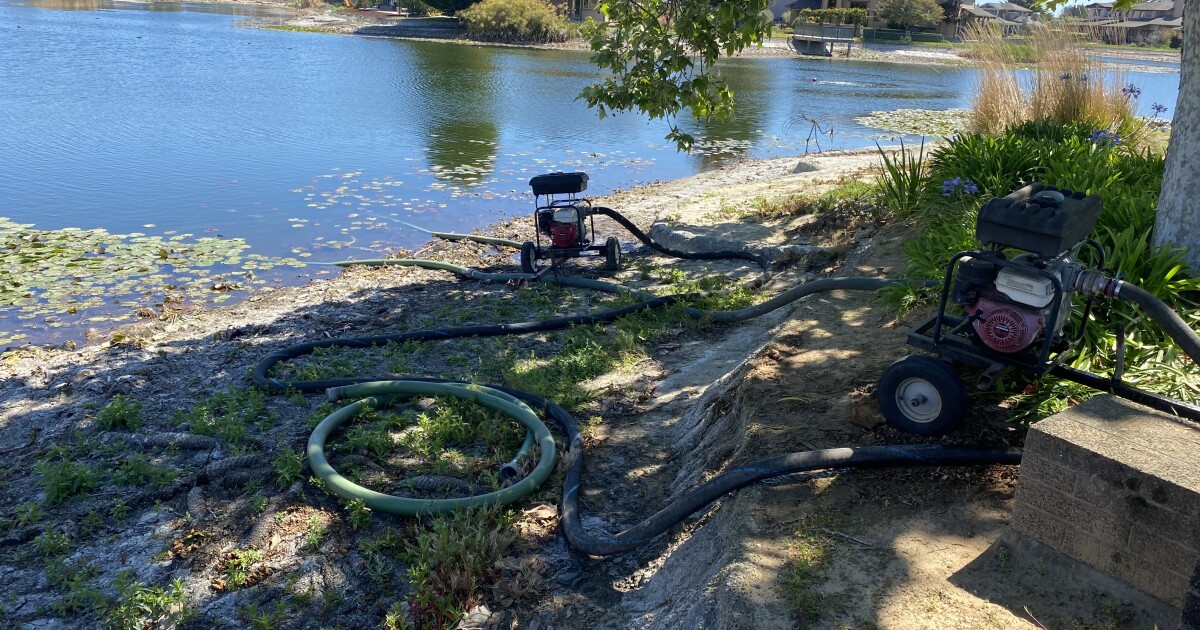 There is a growing dispute over who should fill an artificial lake on a golf course on the Arroyo Grande Mesa.

Lake Avocet begins to dry up, causing a back-and-forth over who is responsible for keeping the lake full.

The homeowners association says it is the responsibility of the golf course owner to fill the lake.

A lawyer representing the association says the new owner is irrigating the golf course without replacing the water.

“We would like to see it restored as it always has been and for the owner of the golf course to do their duty and keep it in good condition,” said John Bransfield, who lives by the lake.

Water was being pumped from Lake Avocet on Wednesday, surprising some homeowners.

“The reaction is obviously a shock here,” said Matt Pimentel, who also lives on the lake. “We’ve had board meetings before and he never showed up for any of the meetings. So I think doing that was pretty drastic.”

Some owners are now concerned about noise and environmental impact.

“This noise here and saying it’s going to drain the lake, and then what? We end up with a big pile of mud and dead fish and dead frogs and destruction. That’s not what I have signed here,” owner Teresa Bransfield said.

The homeowners association says no legal action has been taken so far, adding that it is on the table if negotiations fail.

A lawyer for the homeowners association hopes they can come to an agreement that the owners and landlord are happy with.

KSBY called the golf course owner’s main office to request an interview. We were told he was unavailable so we left a message. At the time of publication of this article, we had not heard anything.

KSBY plans to provide an update if we hear from the owner.