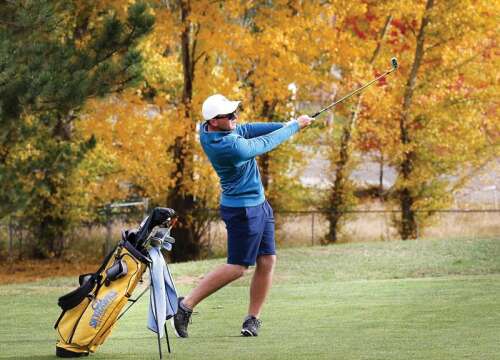 Eric Neal, pictured in 2017 while a member of the Fort Lewis College men’s golf team, won the Hillcrest Club championship over the weekend. (Jerry McBride/Durango Herald) 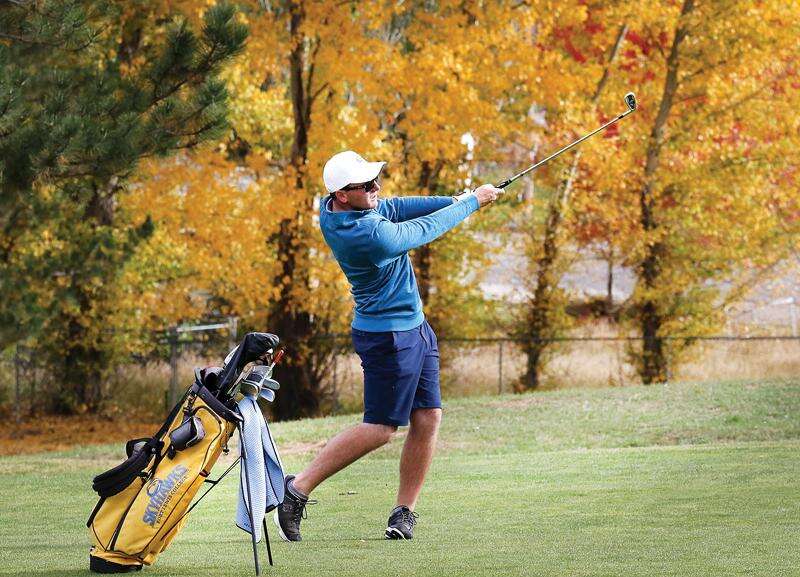 In the championship steal, Levi Larson shot a 73 on Saturday to take the lead after the first lap. Neal shot a 77 to trail Larson while last year’s winner Barrett was third after Saturday with a 78.

On Sunday, however, Neal lowered his score six shots as Larson struggled and shot an 83. Neal passed him in the standings and won the club championship with a two-day score of 148.

In the women’s flight, Fladt golfed consistently, shooting a 78 on Saturday and then a 78 on Sunday to finish first with a gross score of 156. Dee Ray was also consistent, shooting rounds of 81 both days to finish second with a 162. Jeannie Wheeldon finished third with a 171 while Amy Barrett finished first in net competition with a 142.

Several other robberies were also contested over the weekend.

In the first Blue/Gold flight, Richard Mallett finished first with a 157 after rounds of 82 and 75. John Siegris finished second five shots while Phil Pendorf took third with a 164. Pendorf was also the champion net of theft (150).

In the Blue/Gold second end, Stuart Curet shot 169 in two days to claim the title. John Ball finished second, two shots behind, while Mark Walters shot a 172 for third. Steve Kitson won the net title with a 146.

In the first blue flight, Greg Walsh shot a 71 and a 75 to take first with a 146, finishing 10 shots ahead of Ken Kirby in second and 11 ahead of David Schanzenbaker in third.

In the blue, second flight, Tim Miller finished first at 167 after rounds of 85 and 82, beating Ryan Bandy by two strokes. Ryan Cheese was the clear winner of the steal (137).

Drew Jepson and Jackson Orndorff, meanwhile, both shot a 91 to finish tied for first in the boys’ 18-hole competitive championship. Alex Elias finished third with a 102.