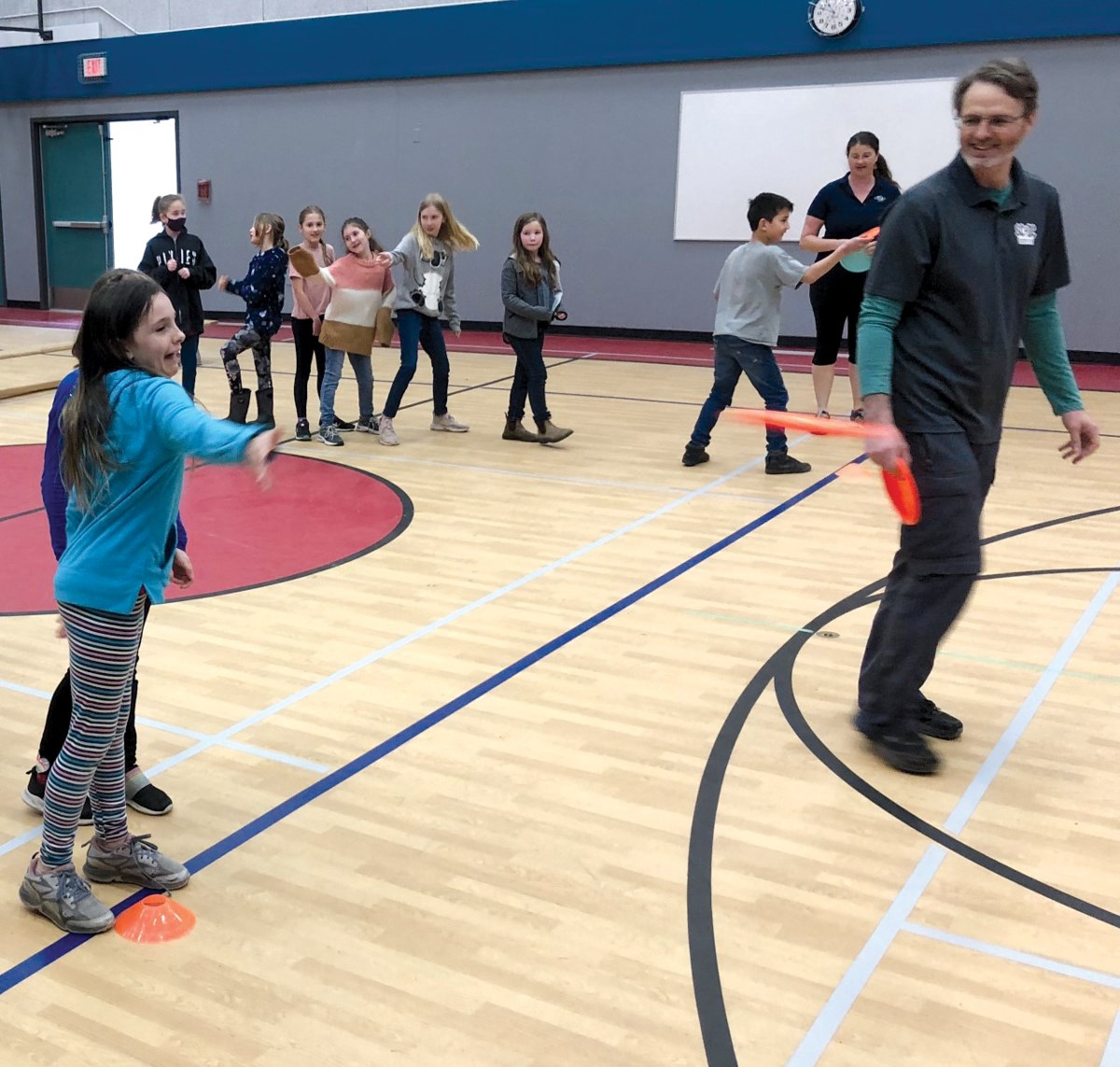 Disc golfers Michelle Divecha and Trevor Connors introduced the sport to middle schoolers during PE class and found that most kids picked up on it right away. Students and teachers showed off their skills in the gymnasium and at the end of the day, students were clamoring for a good lesson outside, which led to the idea of ​​an after-school program.

“It’s cool to see the kids learning so fast. We’ve all played Frisbee before, but when you see kids understanding that a disc flies a little differently and you can manipulate the angles a little more, you almost see the light bulb go off in their head,” says Connors. , vice-president of the SCDGA. “And then when you see their joy of making a hit, it’s contagious.”

Halfmoon Bay PAC recently invested in portable baskets (targets) and discs for its physical education classes, which the SCDGA will use for the disc golf program after school in May.

Disc golf, also known as frisbee golf, is an outdoor sport with rules similar to traditional golf in that the player with the fewest shots (shots) wins the game. In disc golf, competitors throw a disc (Frisbee) around trees, shrubs and other natural objects en route to a basket target.

The SCDGA reports that it has seen huge growth in the sport over the past two years and says usage of the Sunshine Coast’s only public course at Shirley Macey Park in Gibsons has seen an increase of almost 2,000% in use during this period.

“It’s amazing and encouraging to see how many people have gotten into the sport over the past two years,” says Connors. “We hope that as more people become aware of the sport, the need for more public spaces for people to play becomes even more apparent. Ultimately, our goal is to create more courses on the Sunshine Coast for everyone to enjoy.

If you want to learn more about the SCDGA or just about disc golf in general, you can follow the SCDGA on Facebook at facebook.com/sunshinecoastdiscgolf or on the web at scdga.ca.