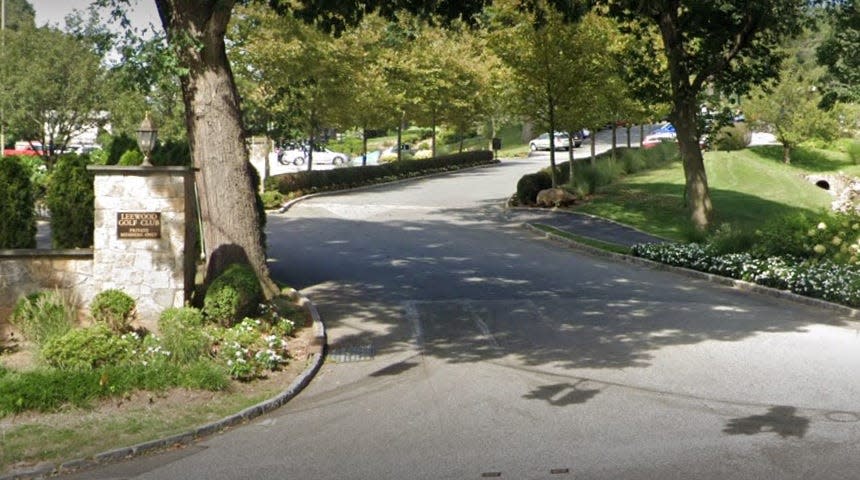 A former employee of a Westchester County golf club has reached a settlement with the club after filing a complaint and claiming he was wrongfully fired for trying to protect himself from COVID-19.

Andrew Balint, who was hired as assistant general manager by Leewood Golf Club in Eastchester in 2019, said in federal court papers he was fired for refusing to report to work when he was entitled to work remotely for health reasons.

U.S. District Court Judge Kenneth M. Karras approved the dismissal of the lawsuit in federal court in White Plains on January 11 after being told by the parties that they had reached a settlement. Details of the settlement were not disclosed.

Balint said he told Leewood Golf Club when he was first hired that he had type 1 diabetes and asthma. Both are considered disabilities under the Americans with Disabilities Act and state human rights law, according to court documents.

When the COVID-19 pandemic began, the golf club was partially closed from mid-March to June 2020. During that time, Greenburgh resident Balint said in his court documents that he was working remotely and that he was able to perform all his duties satisfactorily. .

When the club planned to reopen to members on June 10, 2020, Balint helped implement safety guidelines recommended by the state and the Centers for Disease Control and Prevention.

However, he claimed in court documents that the club had been lax in enforcing safety guidelines such as temperature checks, wearing masks and practicing social distancing.

In early June 2020, Balint told the club that his health condition put him in extreme danger if he contracted COVID-19, and he asked to be allowed to continue working remotely.

According to court documents, the club’s chief executive, Mauro Piccininni, told Balint he was under pressure from the club’s board to force him to report to work in person.

Before Balint could submit medical documents to support his claim, he was told he was being fired on June 14.

Golfweek’s Best 2021: The Best Private Golf Courses in Every State

After hiring a lawyer and negotiating with the club, Balint returned to work on July 3 after being assured that his duties could be carried out with social distancing and that all staff and members were required to adhere to club guidelines. State and the CDC.

But after returning to work, Balint said he was concerned about a July 11 member-guest event at which more than 100 people would be present, when the rule for non-essential gatherings in the state at that time was 50 at most.

During the event, Balint said he saw attendees ignoring mask and social distancing requirements. After working on the event for 14 hours, Balint told Piccininni he had to leave to protect his health.

Balint said in his suit that about 20 minutes after he left, Piccininni emailed him saying he had been fired.

Before filing a lawsuit, Balint first tried to resolve the situation by filing a complaint with the Federal Equal Employment Opportunity Commission, alleging disability discrimination and retaliation.

But an EEOC conciliation process could not reach a settlement between Balint and the club. On July 28, 2021, the EEOC issued Balint a termination and notice of his right to sue.

In a lawsuit filed in the United States District Court in August 2021, Balint alleged discrimination and retaliation under both the Americans with Disabilities Act and the Human Rights Act. of State. He sought back wages, severance, the value of lost benefits, and compensatory and punitive damages, in amounts that would have been determined at trial.

Russell Adler, Balint’s attorney, declined to comment on the settlement. Balint could not be reached for comment.

Golf club attorney Jeffrey Shooman did not respond to requests for comment. Piccininni and club representatives have also failed to respond.