Golf: Back-to-back events in Singapore in January to serve as Asian Tour final 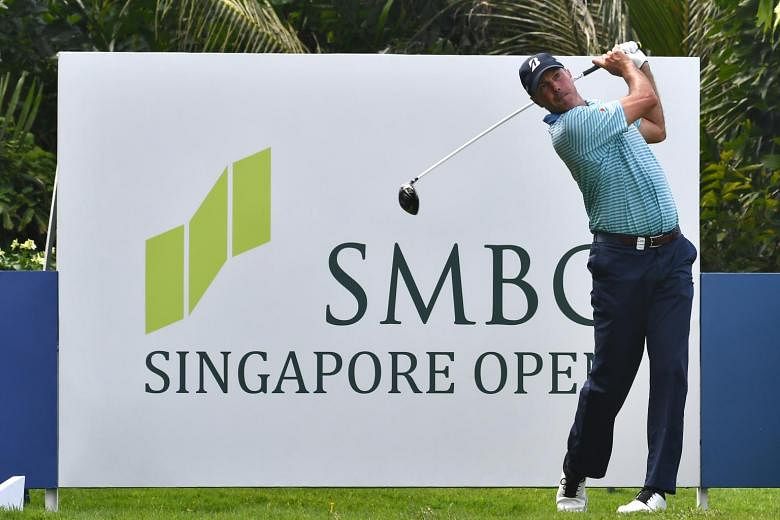 SINGAPORE – Golf fans in Singapore should enjoy back-to-back weekends of top events with a new tournament, the Singapore International, to be held just before the SMBC Singapore Open next January.

The US $ 1 million (S $ 1.37 million) Singapore International will be held at the Tanah Merah Country Club (TMCC) from January 13-16. The US $ 1.25 million Singapore Open, postponed this year due to the pandemic, returns to Sentosa Golf Club from January 20 to 23.

The two events will mark the close of the 2020-21 Asian Tour season. The circuit resumed at the end of November with back-to-back events in Phuket – after a 20-month hiatus caused by Covid-19.

The 2020-21 season has seen six events played so far. Australia’s Wade Ormsby won the first of them, the Hong Kong Open, in January last year and has been topping the merit list ever since.

The top 30 of the Order of Merit will also enter the $ 5million Saudi International in February, which also serves as the opener for the 2022 Tour season.

Asian Tour Commissioner and CEO Cho Minn Thant said his organization is delighted to launch a new event and that Singapore International “will play a key role in helping to raise the curtain on our season while adding a new exciting international event at Singapore Sport. calendar “.

TMCC’s Tampines course will be used and its chairman Ho Beng Huat has noted that it is “designed for the championship, and we can expect to see a fine display of golf skills by golfers as they play on this course. difficult”.

Meanwhile, it was announced on Monday (December 20) that four qualifying spots for next year’s British Open will be offered at the Singapore Open.

This will be for those who finish in the top 12 and tie in the Sentosa Serapong course and who are not already exempt for the Major from July 14-17 at the Old Course in St. Andrews, Scotland.