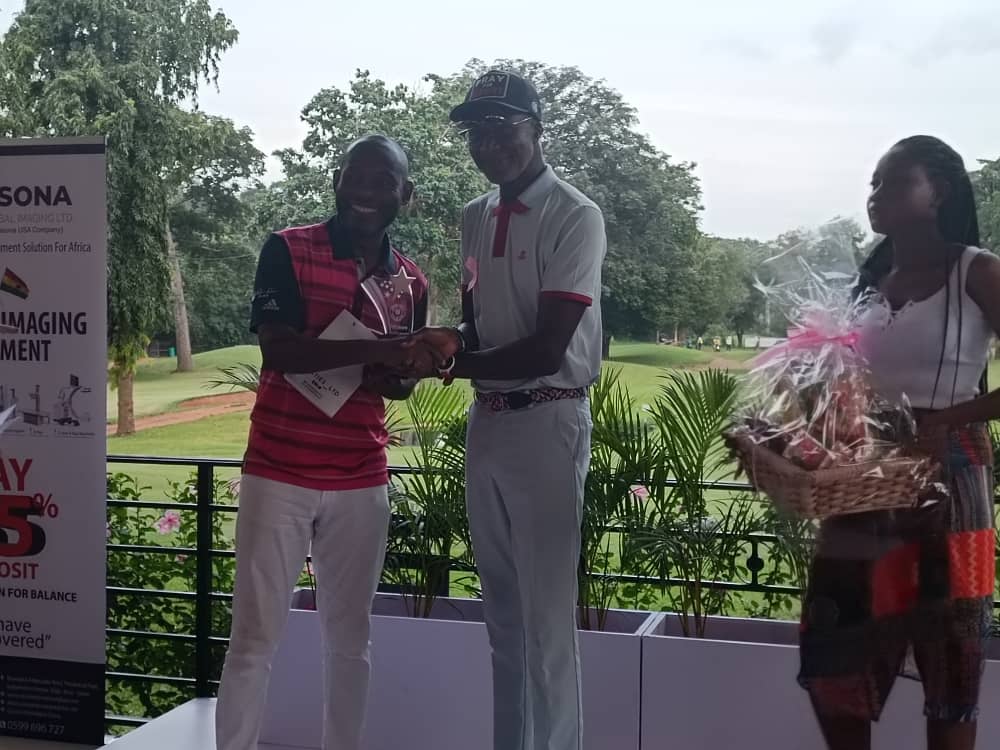 Boafo and Watson returned Stableford points of 41 and 35 respectively to win the Group A contests of the tournament organized by the club to raise awareness of breast cancer and funds to support the breast cancer unit at the University Hospital of Korle-Bu.

Boafo facing handicap 12 edged out Elise Sezan (40 points) and Kojo Ansah (38 points) who finished second and third respectively in the men’s group A.

It was a much tighter competition in Women’s Group A, where the top three were separated by one point. Watson (handicap 10) won in the countdown, beating Phindo Mohlala (handicap 13) in second place and Beatrice Vetsch-Bempong in third place.

The men’s Group B title was won by Philip Ayesu with 44 points, with Derrick Cobbinah (42 points) and Robert Nunoo (39 points) coming in second and third respectively while Clara Price fought her way to the group prize women’s B by registering 36 points to win. backwards. She was followed in the standings by Elizabeth Juma with 36 points and Juliet Tuakli with 34 points.

In an interview after presenting crystal trophies and other prizes to the winners, Achimota Golf Club captain Christina Furler said the event was also used to spread information about breast cancer prevention.

She said that the funds raised at the event would be used to acquire mainly equipment, medicines as well as money for the breast cancer unit of Korle-Bu University Hospital.

Captain Furler also urged all Ghanaians to learn more about preventing the disease and refrain from stigmatizing people with the disease.