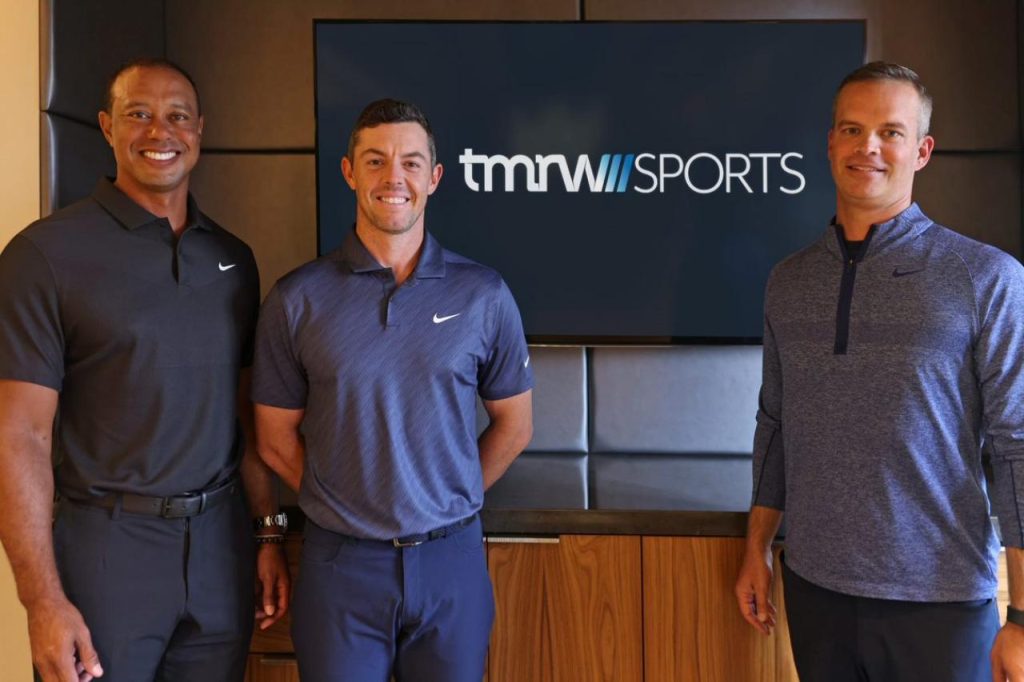 TMRW Sports, the new sports entertainment company created in partnership with Tiger Woods and Rory McIlroy, has announced the first wave of appointments of key personnel who have helped form the businesses backed by the company’s technology.

The announcement was made by Mike McCarley, Founder and CEO of TMRW Sports. McCarley and co-founders Woods and McIlroy recently announced the formation of TMRW Sports and the company’s first project, TGL, after nearly two years in development.

“Working with this group of talented executives over the past two years has positioned TMRW Sports as an innovative company creating a new approach to entertainment that blends sports and technology – and this is just the beginning. Over the next few months, we We will continue to build momentum by unveiling our roster of additional world-class partners, investors and team members as we expand our operations leading to the launch of our first venture, TGL, in partnership with the PGA TOUR. “McCarley said.

Matthew Levine, Senior Vice President, Commercial Operations
Levine brings over 20 years of experience as a founder and technology executive on multiple occasions with experience building and leading billion-dollar companies across various industries. For the past 18 months, he has led all administrative functions for TMRW Sports, including overseeing key opportunity modeling, finance and accounting, human resources, corporate development and management. of project. Levine was a trusted advisor to McCarley throughout the founding of TMRW Sports.
Prior to joining TMRW Sports, Levine served as Chief Operating Officer for People 2.0 and WorkforceLogiq, two human capital technology services companies. At both companies, Levine was a key executive focused on scaling operations, mergers and acquisitions, and global expansion, as well as a key leader in the recapitalization process with TPG Growth and The Carlyle Group. respectively. Through his consulting practice, CJ Squared, Levine has also guided organizations through capital raises, new product launches, corporate structuring, DEI initiatives and strategic planning.

Tom Veit, Senior Vice President, Sites and Events
Veit is a 30-year veteran of sports and live entertainment with extensive experience in the creation, development and management of sports entertainment venues. Veit has extensive knowledge of the sales, marketing and operation of large-scale live entertainment productions and for a year and a half was a consultant for TMRW Sports, providing insight into venue development and production. of events.
Veit had a long and storied career in sports and entertainment, including serving as World Events Manager for WWE, where he was responsible for 300 live events in 22 countries, including record breaking WrestleMania XVII and XVIII. , generating well over $100. million in ticket revenue per year. Veit’s background also includes founding chairman of the Philadelphia Union of MLS and its home stadium PPL Park (now Subaru Park) and executive vice president, chief revenue officer and chief marketing officer of United Soccer. League. He most recently served as President of S2 Sports and Entertainment Solutions.

Christopher Murvin, General Counsel
Murvin joined TMRW Sports as General Counsel after a busy career at Golf Channel. Murvin began his journey at Golf Channel as part of its founding team with Arnold Palmer and Joe Gibbs where he served as General Counsel until 2000. After a short hiatus from working at various companies including as Chief Financial Officer of Kessler Collection, Murvin has joined Golf Channel. in 2006, where he eventually served as General Counsel and Senior Vice President of Commercial Affairs. In this capacity, Murvin was responsible for negotiating television rights and new media deals with various golf organization partners including the PGA TOUR, LPGA Tour, USGA, PGA of America, Augusta National and the DP World Tour. He was also responsible for protecting Golf Channel’s trademarks, copyrights, and other intellectual property, and overseeing the network’s licensing and use of third-party intellectual property.
While at Golf Channel, Murvin and McCarley worked closely together for more than a decade as the organization transformed and grew rapidly within NBC Sports Group. Over the past year, Murvin has provided legal advice and counsel to McCarley in the lead up to the launch of TMRW Sports last month, in addition to working with outside counsel Proskauer on the formation of TGL.

Joey Brander, Vice President, Corporate Development
Brander is a venture capitalist, esports industry expert, and advisor to startups and funds in both private and public markets, with a focus on gaming, esports, and web3. In this role at TMRW Sports, Brander led corporate initiatives and strategy, new business analysis, innovation and investor relations. For the past two years, Brander has advised McCarley on TMRW Sports’ industry analysis, web3 approach, capital raising process and long-term strategy.
Brander began his career in sports and media early in his life as a children’s sports reporter for the Disney Channel, and by the age of 18 he had also worked for affiliates of ESPN and CBS. An investor and thought leader at the intersection of sports, media and gaming, Brander in 2018 co-founded First Serve Partners, a venture capital firm that has invested in more than 30 startups in games, media, gaming. web3 and consumption. Additionally, Brander is part of the ownership group of esports franchises in each of the three most notable global leagues; League of Legends, Call of Duty and Overwatch.

Katie Fitzpatrick, Vice President and Chief Financial Officer
Fitzpatrick is a seasoned CFO who has held positions in small, medium and large companies for over 15 years. Katie has worked with TMRW Sports for 3 months through an engagement with CFO Strategic Partners, a Florida-based firm that has specialized in CFO outsourcing for over two decades. She is responsible for overseeing accounting and finance functions, preparation and analysis of financial statements, and strategic planning and budgeting.

Prior to joining TMRW Sports, Katie began her career in private accounting as a controller for a $500 million bank where she was responsible for financial and regulatory reporting, budgeting, forecasting and asset/asset management. passive. During her tenure, she also managed two strategic mergers and acquisitions, doubling the size of the bank to over $1 billion. Following the acquisition of the bank, Katie served as CFO of a private entrepreneurial group, leading accounting teams that managed 25 operating businesses. The majority of these companies were high-growth start-ups. Other roles have included CFO of a commercial developer, managing financing, contracts and construction budgets over $200 million on projects such as Wawa, Publix, Outback, Chipotle, Aldi and Portillo’s .