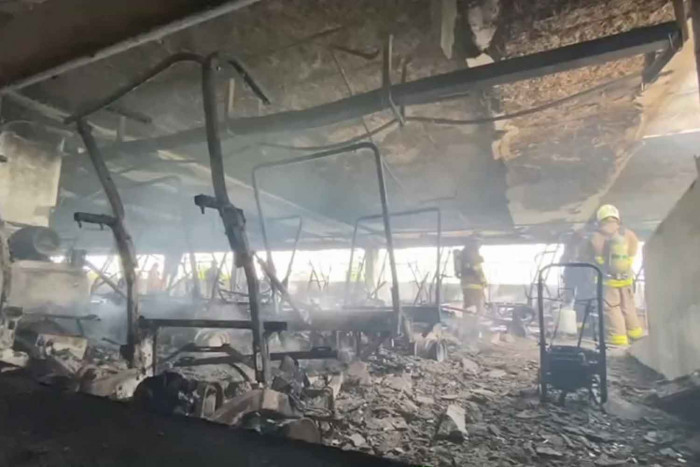 On Wednesday morning, the third floor of the building was ravaged by fire and the remains of golf carts burned at Summit Wind Mill Golf Club in Bang Phli Yai district of Samut Prakan. (Photo: Sutthiwit Chayutworakan)

They discovered that the fire was raging on the third floor of a three-story building, sending plumes of smoke into the sky. Loud explosions were heard from golf cart batteries, which were plugged into chargers.

The fire was brought under control about an hour later. At that time, much of the building was badly damaged and about 30 golf carts were destroyed.

Veesuda Rungruang, chairwoman of Bang Phli Yai tambon administrative organization, said the third floor of the building was where golf carts were loaded. The fire started while they were still plugged into chargers.

The extent of the damage was still being assessed and the damaged building was closed to the public for verification of its structural integrity.

The police are investigating the cause of the fire.