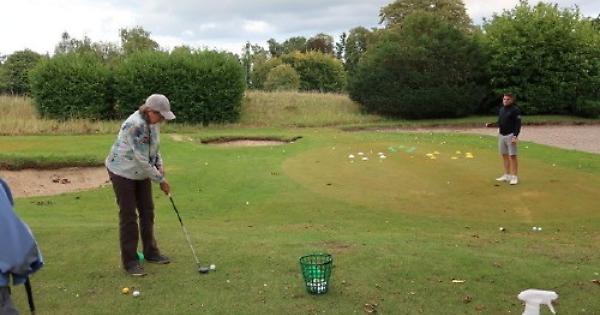 A NEW indoor swimming pool could be built as part of the proposed upgrades to Badgemore Park Golf Club in Henley.

The club has applied to the South Oxfordshire District Council, the planning authority, for permission to expand and modify its clubhouse to provide new fitness facilities, including changing rooms and changing rooms.

The site is in the Chilterns Area of ​​Outstanding Natural Beauty and none of the buildings on the site are listed.

“The development is consistent with the design of the surrounding buildings and is an appropriate visual response to the primordial character of the AONB.

“The expansions were designed to respect the scale and appearance of the existing building rather than dominate it. “

The new block would be primarily single storey with a rooftop terrace for activities such as Pilates and yoga, as well as a lightweight pavilion at roof level to use as a fitness studio.

The club also wants to build a veranda at the south-eastern end of the clubhouse with a reception area for visitors.

The South Oxfordshire Committee of the Campaign to Protect Rural England is concerned about light leaks.

He says, “We have serious concerns about the potential for widespread light shedding from the glazed veranda and large windows included in the new extensions and modifications. These areas of the club will certainly be used during the hours of darkness.

“Steps should be taken to reduce the potential damage to the dark skies of the AONB and the damage to nocturnal wildlife and human well-being.

“We are calling for mitigation measures to be put in place before the building permit is granted.”

The Henley Society, a conservation group, shares these concerns and is also concerned that Thames Water may serve development.

Thames Water said it did not oppose the proposal based on the information provided.

Henley City Council and Rotherfield Grays Parish Council have recommended that the application be approved.

Ken Arlett, vice chairman of the city council planning committee, said: “Badgemore is probably one of the biggest employers in the city right now and this expansion will keep more people employed, so it’s good for the city.

“I’m a little concerned with the comments from the Henley Society. There may very well be a slight spill – there’s a slight spill over there right now, but it’s surrounded by trees on all four sides.

“Rotherfield Grays has opposed all nominations for the past 20 years and surprisingly this one is the most important and they support it.”

The city council is due to vote on Tuesday.