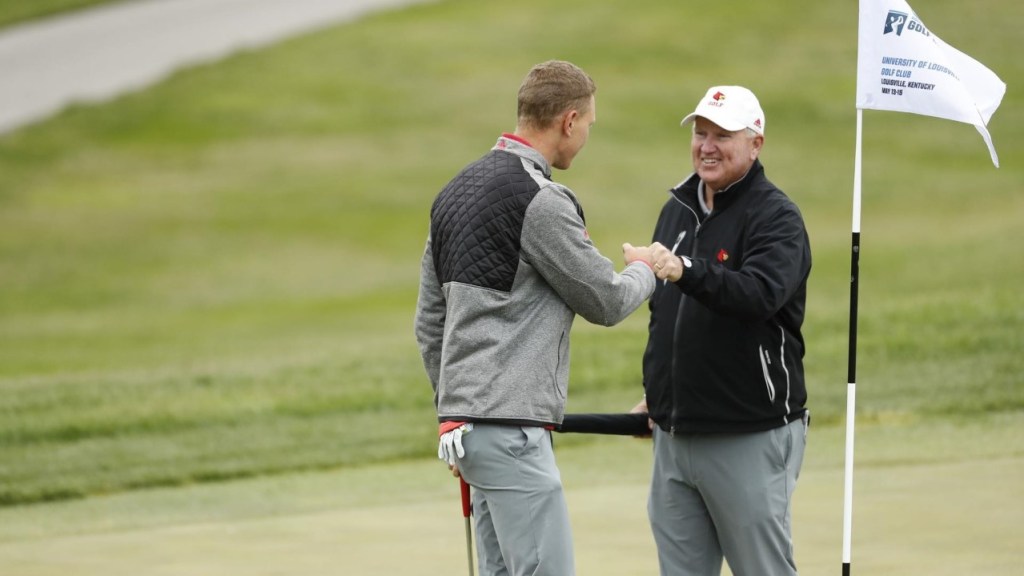 The Golf Coaches Association of America announced its selections for the Hall of Fame Class of 2022 on Tuesday.

Mark Crabtree, David Lynn, Bill Montigel and Chris Young will be inducted at the GCAA Hall of Fame Awards Reception and Dinner on December 5 in Las Vegas.

Crabtree’s coaching career began at Colorado State, where he went from a no-scholarship program to a top-25 team and NCAA championship contender in his nine seasons. CSU qualified for four consecutive NCAA regional championships and qualified for its first NCAA championship appearance in 1999. Crabtree then took on the position of head coach at Louisville until his retirement in 2020. He served as the first coach in school history leading the program in the playoffs, appearing in 11 NCAA regional championships and moving to four NCAA championships. He won 30 tournaments, including three Big East titles, and had 23 individual medalists. Crabtree was inducted into the Colorado Hall of Fame in 2006.

Lynn started with the Oklahoma Christian Golf Program in 1998 as an assistant and took on the position of Chief the following year, a position he held until 2008. Lynn returned in 2011 and has led OC to the NAIA National Championship. In the fall of 2012, he guided OC to the National Christian College Athletic Association national title. OC had a streak of 16 consecutive top-four finishes at national tournaments (either the NAIA or NCCAA championship), a streak that began in 2000 and lasted the entire 2015-16 campaign. Since qualifying for the NCAA Division II playoffs in 2016, the Eagles have qualified for five super regionals and two national championship appearances. Their second-place finish in 2022 is the best finish by an Oklahoma Christian team in any sport in NCAA competition.

Montigel is in his 36th season at the helm of TCU. He spent eight years as the Horned Frogs’ top scout and assistant coach in men’s basketball before leading the men’s golf program. Montigel helped TCU finish in the top 20 of the NCAA Championships 13 times. TCU has played in 31 consecutive NCAA regional championships. Montigel is the only coach in any sport to have been named Coach of the Year in four different NCAA Division I conferences.