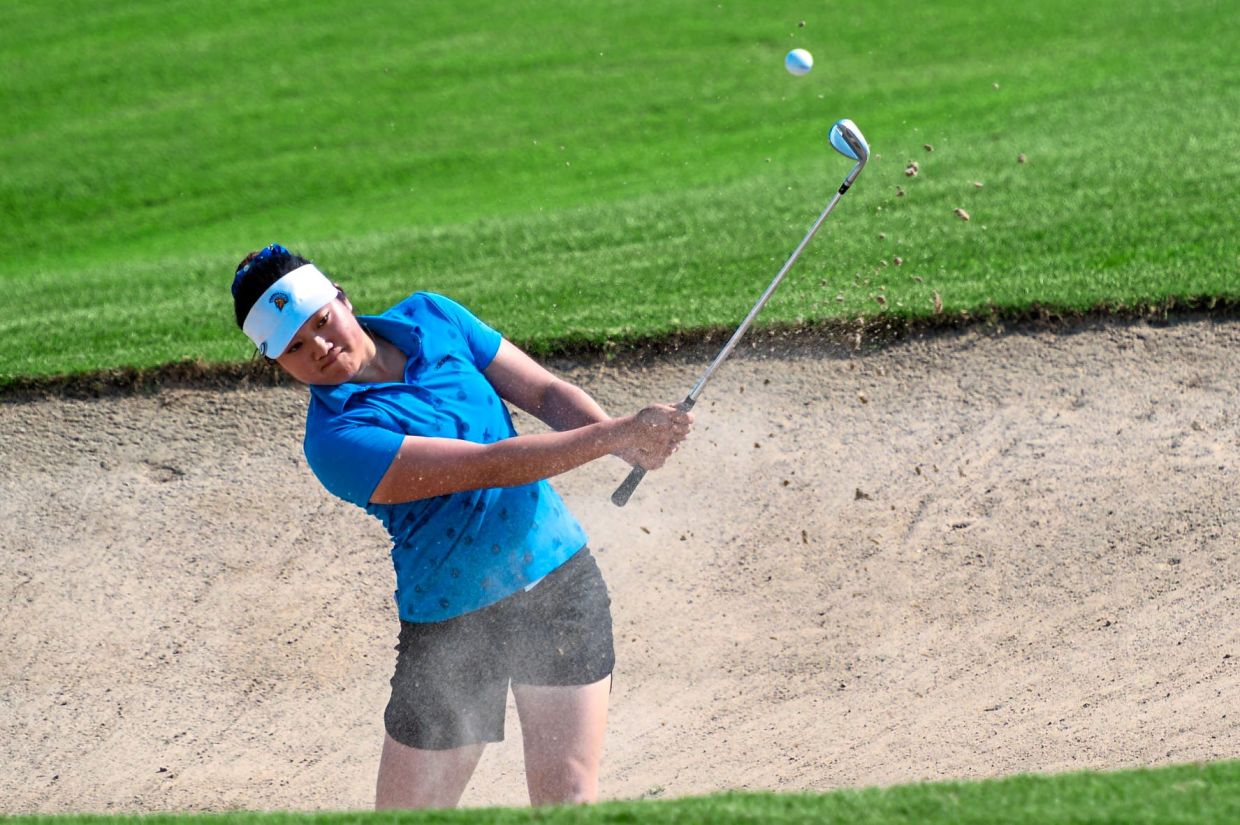 There has been good progress in the World Amateur Golf Rankings released this week for top Malaysian players.

In the men’s and women’s sections, top Malaysians Khavish Varman Varadan and Natasha Andrea Oon both climbed 15 places to career highs, thanks to decent results on the US college circuits.

Khavish moved up to a personal best 143rd in the world after a fourth-place finish last week at the Mobile Bay Intercollegiate Championship in Mobile, Alabama.

It was a good improvement from last year when he finished in 17th place. Khavish shot rounds of 67, 70 and 73 for a total of 210 at Magnolia Grove Crossings Golf Course, where Nick Robillard triumphed with a total of 205.

At the Sea Best Invitational at TPC Sawgrass in Ponte Vedra, Fla. a few weeks ago, his only other point-scoring event this year, Khavish finished in 15th place.

The second-highest ranked Malaysian in the men’s category, Ervin Chang, fell one step to 325th place, with no points, but Bryan Wiyang Teoh moved up to 411th, with six places up this week.

There was a lot more activity in the Malaysian women’s rankings, where Natasha climbed to a 21st place in the world and Ashley Lau Jen Wen hit a career-best 45th with a win.

Audrey Tan finished third at the Tulane Classic and moved up to 172nd in the world rankings.

Repeated efforts to get confirmation from the national governing body, the Malaysian Golf Association (MGA), that Natasha’s ranking was right there and possibly the best of all Malaysians, proved unsuccessful.

She finished third in the Lamkin San Diego Invitational at the San Diego Country Club in Chula Vista, Calif. It was a telling performance after rounds of 69, 72 and 74 for a total of 215. That left her four strokes behind champion Rachel Heck, who moved up to second place in the world rankings, behind her compatriot Rose Zhang.

Ashley achieved her highest placing yet with a victory in the Tulane Classic at the English Turn Golf and Country Club in New Orleans, Louisiana, where she shared the title with Indonesian Patricia Sinolungan and saw compatriot Audrey Tan Wei Yen complete the top three.

A senior administrator and longtime golfer at a club in the Klang Valley has applauded the progress made by Malaysian youth based in the United States.

Speaking on condition of anonymity, he said that was what made the country proud and added that he was saddened to see that the MGA would not come out and recognize the achievements of up-and-coming players.

“They (the MGA) are the national association, supposed to oversee golf and its development in the country, and should be the first to recognize the achievements of everyone in the game, including our fans who win tournaments overseas. and play well, and advance by climbing in the word ranking.

“It’s sad to see this happening now because it’s never been like this before,” he added.

Indeed, efforts to get input from the national association last month on a few other topics, including the general state of the local golf industry, what some perceive as a lack of junior development and questions about the absence of a national coach, have yet to be answered.

The association’s financial situation is of particular interest to some – something that should generate a lot of debate at their annual general meeting this year, where a few leadership positions will be contested.

Details on this have been requested from the national association. 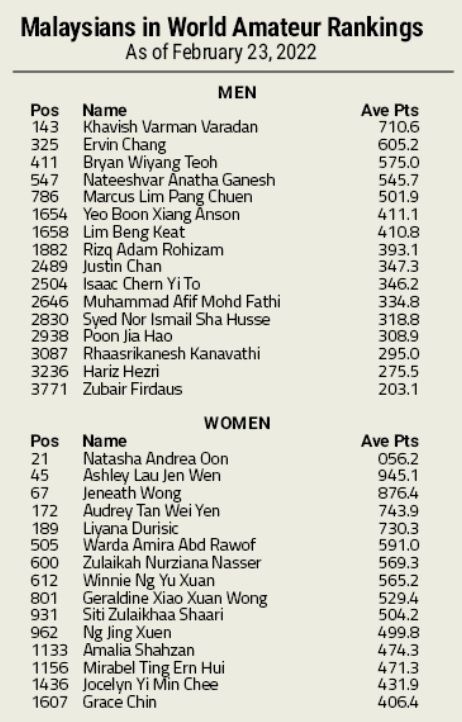