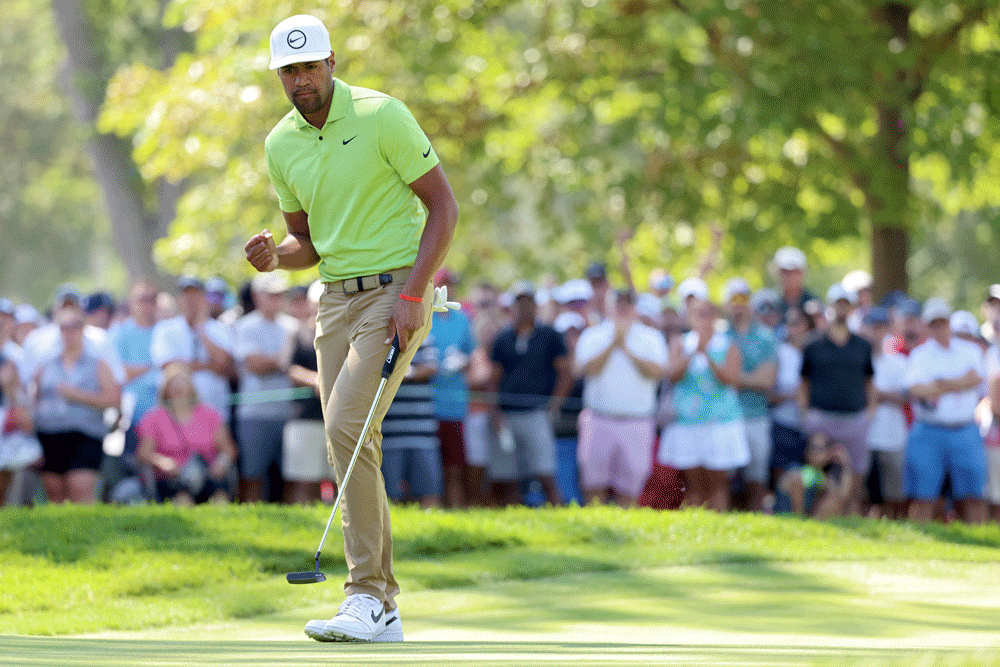 Almost every interview with a LIV official or LIV player these days presents the same topic of media discussion: PGA Tour viewership is down and its audience is dying.

LIV officials have been relentless in hammering out this narrative, using it as the main reason the Saudi-backed league was launched this year in the first place. Its officials and players want to grow the sport, right?

It’s understandable that LIV continues to use these talking points. After all, golf’s television audience is among the oldest of all sports.

But that doesn’t tell the whole story.

Instead of running away from the age of its audience, PGA Tour officials, TV network executives and advertisers are running to it because this old audience is also affluent, educated and serves as business decision makers. Multiple interviews with media and advertising sales executives indicate that the age of the PGA Tour audience is not the albatross that LIV claims to be.

It has become clear that the golf industry needs to do a better job of defending the PGA Tour numbers.

In sports television, a younger audience almost always means a better audience. Since the dawn of television, network executives have made programming decisions based on the truism that younger shows attract more advertisers and appeal to larger audiences.

Sponsors continue to be attracted to older golf fans, given their level of wealth, education and business influence.Images: getty

It’s also why LIV events are set up like mini music festivals, with rock and roll blaring on the course as golfers line up their putts. Muted tones are reserved for seniors. Rock music is for kids.

Several executives who are closely involved in the media affairs of golf have pushed back against this narrative. Yes, network leaders want a younger audience. But golf media has long embraced the advanced age of its viewers.

Another point the folks at LIV are trying to hammer home suggests this is an antidote to sagging golf ratings. LIV executives often point to shrinking PGA Tour numbers as an area where he can build a business.

But an analysis of PGA Tour viewership since 2013-14 shows viewership on CBS, NBC and Golf Channel has remained relatively stable.

For example, TV viewership of PGA Tour events on these three networks increased 7% from five years earlier. During the same period, the total number of sports hours consumed on television fell by 6%, sources said.

So far this year, however, the four series of events on these three networks have averaged 781,000 viewers, a viewership down 14% from the previous season.

PGA Tour TV numbers have been inconsistent since LIV Golf’s first tournament in early June. CBS kicked off with a bang at the RBC Canadian Open, which posted the biggest final-round viewership in 22 years. CBS coverage of the John Deere Classic over the July 4 weekend posted a 25% jump that included the best finale since 2015.

Between those two events, however, was the Travelers Championship won by Xander Schauffele, which saw a 36% drop on NBC.

While LIV Golf is generating plenty of headlines so far, it has yet to strike a media deal in the US and its online numbers are miniscule.

Take late July, for example, when he hosted his third tournament outside of New York. Its Sunday YouTube stream had an average concurrent stream of just 74,000. CBS’ coverage of the PGA Tour’s Rocket Mortgage Classic on the same day averaged 2.5 million viewers.

LIV executives said they expect to strike a deal with US media by the end of the year. The problem is that most major media companies – CBS, ESPN, NBC and Warner Bros. Discovery – have a close relationship with the PGA Tour and are unlikely to strike a LIV deal anytime soon.

Fox Sports is an outlier, given Hill was a top executive at Fox for more than two decades and LIV CEO Greg Norman has a personal relationship with Rupert Murdoch. But sources said he had no substantive conversations about a deal.

It’s clear that the networks and advertisers still see the PGA Tour as a good deal. Just a few years ago, CBS, ESPN and NBC signed media deals for the tour worth a total of nearly $700 million a year. These agreements run until 2030.

These deals are structured so that broadcast networks are not so dependent on ratings. The PGA Tour sells 75% of ad sales inventory, leaving network ad sales groups to sell the remaining 25%.

That means every PGA Tour event is profitable for CBS and NBC. The networks’ business model, as it relates to the PGA Tour, is stronger than it has ever been.

Similarly, advertising sales managers do not view PGA Tour television programming through an evaluation lens. Of course, they all want Tiger Woods to play in the final group on Sunday, but they’re buying time on the PGA Tour to reach a unique audience.

“We found that people who watch golf don’t usually watch other sports,” said one ad buyer.

Right now it’s just the PGA Tour. Two ad buyers said their customers aren’t asking about LIV — at least not yet. They also said they would not recommend LIV at this time due to outcry over human rights abuses by the Saudi government that funds it.

The other key is distribution. LIV won’t see much interest from advertisers if it continues to air its events on YouTube and Facebook, ad-buying officials said.