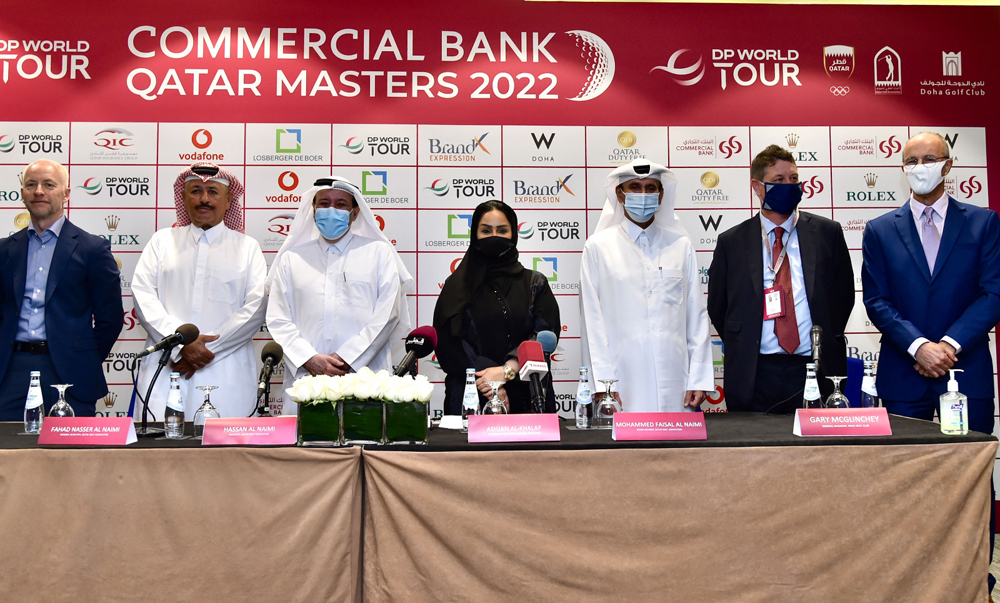 A total of 144 golfers including 140 professionals and four amateurs will be in action in the DP World Tour – formerly known as the European Tour – for the first time after the refurbishment of DGC.

The tournament returns to the venue dubbed “Heart of Qatar Masters” by organizers after two years due to course renovations. Education City Golf Club (ECGC) hosted the 2020 and 2021 editions of the tournament, organized by the Qatar Golf Association (QGA) since 1998.

Given the windy conditions expected during the tournament days, golfers vying for the iconic “Mother of Pearl” trophy should face a tough challenge at the new-look DGC which has four redesigned greens.

Frenchman Antoine Rozner, who won at the ECGC last year, will defend the title, with Jorge Campillio, Chris Wood, Justin Harding and Eddie Pepperell being the other former Qatar Masters champions competing this weekend.

“It will be exciting action in the presence of elite golfers as the Qatar Masters returns home,” QGA Chairman Hassan Al Naimi told a press conference yesterday.

“As we celebrate hosting the 25th edition of the Qatar Masters, I would like to thank [Qatar Olympic Committee President] His Excellency Sheikh Joaan bin Hamad Al Thani and title sponsors Commercial Bank for their continued support,” he added.

“We have a strong field competing in this event. We have rebuilt the 18 holes with four new, differently redesigned greens. If the greens are cut to get faster and given the windy weather forecast for the next few days, players will be strained,” he said.

DP World Tour tournament director Mikael Erikkson was impressed with the renovations to the DGC, expecting “drama” at the world-class venue.

“QGA did a good job. The work done is fabulous. The golf course is in great condition and everyone is happy to come back here. Keeping the ball on the fairways will be key. The course is firm and there is a lot of roughness. With the wind picking up, we expect some drama there,” he said before accepting McGlinchey, who predicted 9-under could be a winning score.

Meanwhile, QGA General Secretary Fahad Nasser Al Naimi has said that two Qatari golfers will be among the four amateurs who will compete in the Qatar Masters.
“Saleh Al Kaabi and Abdulrahman Al Shahrani will be the Qatari golfers to participate in the tournament,” he said.

Saudi Faisal Salhab and Denmark’s Mikkel Mathiesen, who won the Qatar Open Amateur Championship at the same venue in January, are the other amateur golfers taking part with wildcards.