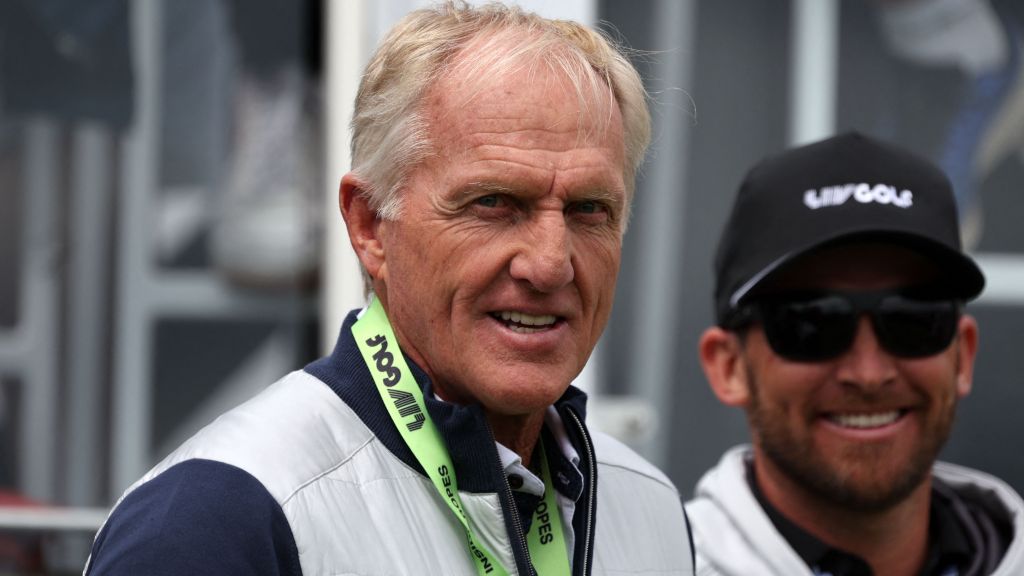 BROOKLINE, Mass. – Greg Norman, the commissioner of the LIV Golf Series, remained quite calm during the week of the US Open, but the two-time winner was interviewed on Saturday night on Fox News. One Nation with Brian Kilmead. Norman echoed many things he’s said in the past, but also announced that the LIV Series is working to make it easier for its players to qualify for major championships in the future.

The USGA has announced it will allow golfers who have qualified to play at the Country Club and played in the inaugural LIV Series event in London to play at this year’s US Open, but the CEO of the USGA’s Mike Whan said Wednesday that he could imagine scenarios that would make it much harder for LIV Series players to compete in the future. The biggest challenge is that LIV series events don’t award official world ranking points, but Norman is working to change that.

“We’re in the process of applying for OWGR points right now. In fact, we’re applying probably over the weekend, if not Monday,” he said. “And it’s a very compelling application. We have worked very, very closely with the technical committee to understand all the elements of what you need to apply and quite honestly it’s going to be interesting because on the board that votes on OWGR points for any newcomer here’s Jay Monahan Now it will be interesting to see if Jay Monahan recuses himself from this vote because of what he said on TV with Jim Nantz the other day So it’s very interesting and it’s sad you know “, to put that extra pressure on it because our tour is a good tour. It’s backed up, it’s got amazing ground. Our point should be that if we get the OWGR points, then everything else takes care of itself.”

In the interview, Norman commented on Bob Costas’ recent statement that Norman and the LIV Series players were taking “blood money.”

“Look, I’m disappointed that people are going down this road, quite honestly,” he said. “If they want to look at it through the prism, then why does the PGA Tour have 23 sponsors doing over $40 billion in business with Saudi Arabia? Why is that acceptable to sponsors? Jay Monahan will he go to each of these CEOs of the 23 companies investing in Saudi Arabia to suspend and ban them? The hypocrisy in all of this is so strong. It’s deafening.

Norman also pointed out that Saudi Arabia sponsors the Aramco Series, a lucrative series of four women’s tournaments. Kilmeade noted that the Saudi Public Investment Fund (which invests in Series LIV) has also invested in Uber, Facebook, Nintendo and Boeing.

“We’re not going anywhere, we want to do what’s right for the fans, for the players and for our business model,” Norman said. “We will move forward. And there were a lot of hurdles, Brian, there’s no doubt about it. There have been plenty of obstacles the PGA Tour has thrown our way, but you know what? We worked around this because golf is a force for good.

2020 US Open champion Bryson DeChambeau and 2018 Masters winner Patrick Reed recently announced plans to play LIV Series events, and rumors have been circulating at the Country Club this week about other players who might choose to play. LIV series events in the days and weeks ahead.

Phil Mickelson speaks during a press conference during a practice round of the US Open golf tournament at the Country Club. (Photo: Peter Casey-USA TODAY Sports)

Norman says he doesn’t regret teaming up with Saudi Arabia

“Not at all, because golf is a force for good,” Norman said. “The European PGA Tour, since 2009, had a golf tournament, the Saudi International which still exists since 2019 and during this Saudi International, there were PGA Tour players who had rights and waivers to play there. So for me, if golf is good for the world, golf is good for Saudi Arabia, and you see that growth internally, it’s extremely impressive.

The second event in the LIV series is scheduled to take place June 30 through July 2 at Pumpkin Ridge Golf Club outside of Portland, Oregon.

From Saudi Arabia to Portland, discover the courses hosting the LIV Golf Invitational Series in 2022