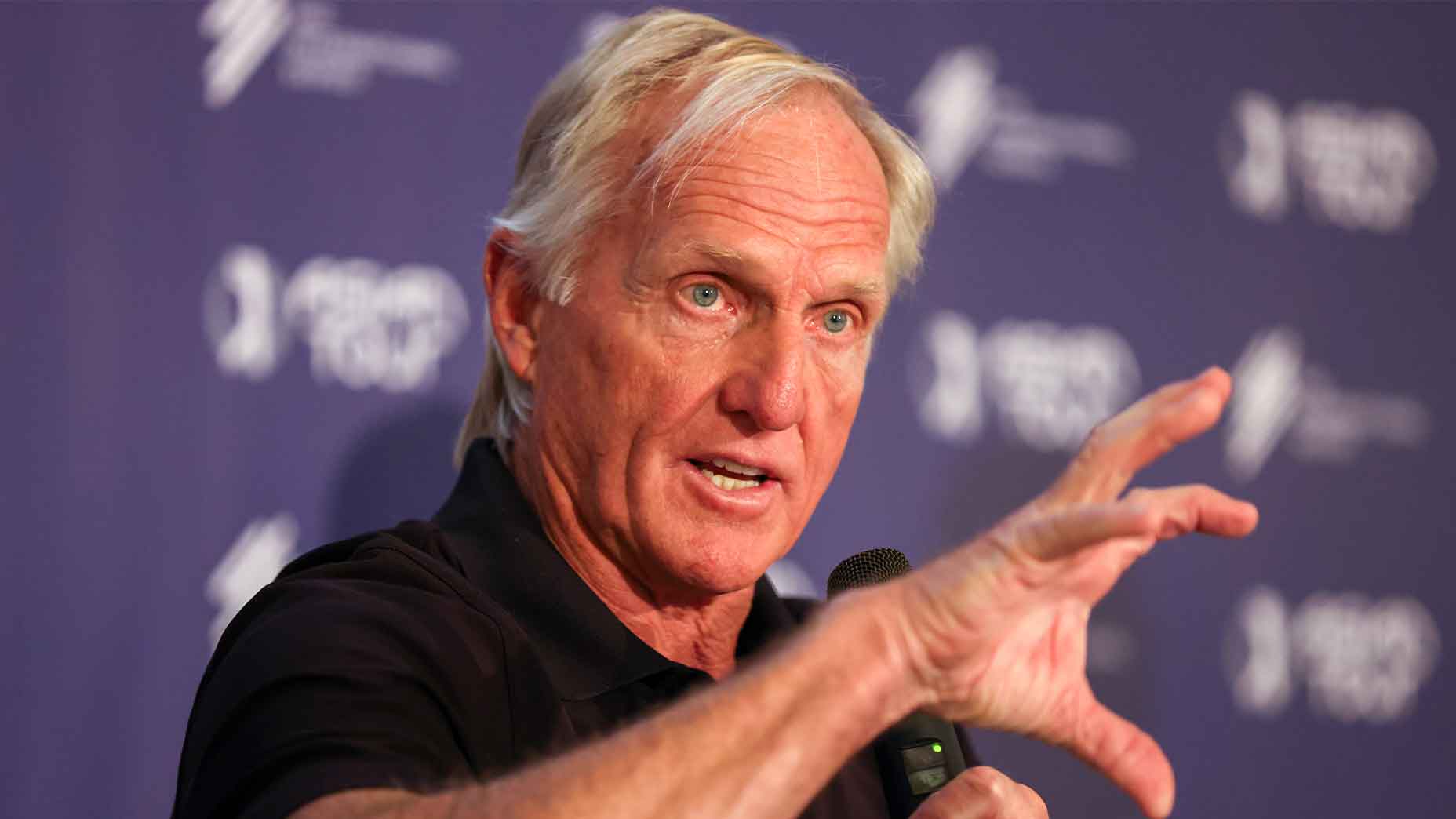 Greg Norman speaks at a press conference on Tuesday announcing the creation of the “International Series” – a 10-event circuit aimed at bringing together Asian Tour events from around the world.

The great arms race of golf is only intensifying. On Tuesday, Saudi-backed golf start-up LIV Golf Investments announced it was expanding its financial partnership with the Asian Tour, creating an 11-event “International Series” as part of the deal. .

The move will increase LIV Golf’s investment in the Asian Tour by an additional $100 million, bringing the company’s current investment in the Tour to $300 million. According to a statement distributed by LIV Golf, the additional capital will cover 10 years of “playing opportunity and prize money” for the international series. Purses for this new round will reach $2.5 million, with events held in over half a dozen countries, including England, Korea, Vietnam, China, Singapore and destinations yet to be announced. in the Middle-East.

“We are making the Asian Tour a powerful new force on the global golf scene,” said Greg Norman, CEO of LIV Golf Investments. “In my 40 years as a professional golfer, I have seen many parts of the world that have benefited immensely from golf, its growth and development. We now have the opportunity to do so in the Asia-Pacific region and the Middle East thanks to this incredible investment platform. Everyone benefits – professional players, amateurs, grassroots golfers, fans, economies, communities, stakeholders. I have never been so optimistic about the future of the sport.

It wasn’t quite the announcement the golfing world was expecting from Norman, who has reportedly formed a PGA Tour rival in recent years. Over the past few months, LIV Golf’s increasing visibility in the golfing world has given these rumors momentum. The company is in the midst of hiring, recruiting sports and media executives from ESPN, Formula 1 and the PGA Tour. LIV Golf even convinced longtime rules official Slugger White to join the fold.

“The three-day event, the 54 holes – whatever you can squeeze makes things better, because right now the public has more alternatives than ever in human history,” Hill told GOLF.com. “With the shotgun going, everything happens between 2 p.m. and 6 p.m. It’s there – it doesn’t start at 6am and it goes on and on. So you have this focused drama in front of you with storylines left, right, and center. So it’s not a slow, linear progression – ‘and here we are in Waikiki and it’s late Saturday’ – this is what happens now! Boom!”

Still, the announcement of the Asian tour marks a key moment for all parties. With the International Series, the Asian Tour will grow to 25 events and see its largest ever prize fund. According to the tour release, each of the 10 events in the new series will be broadcast worldwide.

For LIV Golf, this announcement marks the latest step in an effort to expand golf’s international reach beyond the PGA Tour, an effort Norman first embarked on with his unsuccessful World Golf Tour amid of the 1990s. Strategically, the deal also ensures that a rival tour has an international partner similar to the PGA Tour’s “strategic alliance” with the DP World Tour (formerly European Tour).

“When you think back to the past, I was involved with these institutions that you’re probably referring to,” Norman said at a press conference on Tuesday. “I was only involved, now speaking for me personally as a professional golfer, it was my only way. You had only one choice to make. Either you had to go or you had nowhere .

As Norman reiterated repeatedly on Tuesday, the International Series is an important first step for LIV Golf Investments, but it certainly won’t be the last.

James Colgan is associate editor at GOLF, contributing stories for the website and magazine on a wide range of topics. He writes the Hot Mic, GOLF’s weekly media column, and uses his experience broadcasting across the brand’s social media and video platforms. A 2019 graduate of Syracuse University, James — and obviously, his golf game — is still thawing after four years in the snow, during which time he cut his teeth at NFL Films, CBS News and Fox Sports. Prior to joining GOLF, James was a caddy scholarship recipient (and crafty looper) on Long Island, where he is from.