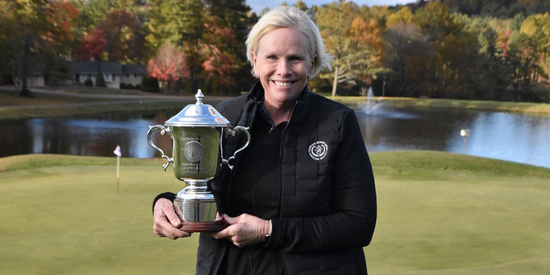 In her first-ever Carolinas Golf Association event since moving to North Carolina just over two months ago, Kathy Hartwiger of Pinehurst, North Carolina persevered through harsh weather conditions to get the gear back to the 24th Carolina Senior Women’s Amateur Championship.

“I don’t know if I remember being so cold in a tournament, especially towards the end, so it was a test. More than golf put us to the test. And honestly, I think the weather was so hard actually helped because I never got ahead of myself. I could not. It was a bit like “gloves, a hat, a coat, then inside out”. So do this with the pre-shot routine every time. I think for me that’s what was essential today.

Although this is Hartwiger’s first CGA title, she is no stranger to the winner’s circle. Recently transplanted from Alabama, she is the U.S. Women’s Mid-Amateur Champion (2002), has over 20 Alabama Golf Association titles and numerous AGA records, and most recently won the North & South Senior Women’s Amateur at the Pinehurst Resort a few days after moving to North Carolina.

“When I won the North & South Senior right after we moved here, I felt like it was welcome in North Carolina. I’m so happy to be here.

Hartwiger entered the final round three shots behind first round leader and 2020 champion Pam Prescott of Piedmont, SC and two shots behind six-time champion of this event Pat Brogden of Garner, NC When asked if Hartwiger had a game plan for overcoming her first-round deficit, she admitted she didn’t really think about winning or losing, just playing her game.

“Winning or losing or finishing second or third doesn’t fundamentally change my life. My husband still loves me, my children still love me, and God still loves me. I played a lot to try to win, thinking winning would do me good and it didn’t. So, it’s kind of ironic when I started winning when I let go of that thought process. I love what I learn from golf every time I play. It’s such a challenge. No course is the same, no conditions are the same, no day is the same and it rushes you and things come out. So I’m learning things about myself and that’s what I really love about golf.

Despite cold temperatures and gusty winds throughout the day, Hartwiger was able to put together one of only two runs in red numbers. First-round leader Prescott struggled in the final round, but Hartwiger had to face Pat Brogden in the final group all day.

Hartwiger cut Brogden’s lead and secured a one-shot lead at the turn, but the change in momentum came on the inside nine. After birdieing at No. 14, Hartwiger made his fifth birdie of the day at No. 15 while Brogden bogeyed, a two-shot swing to give Hartwiger a four-shot lead. From there, Hartwiger was able to sail to victory.

Although Hartwiger knows what it’s like to win, she was very excited to get her first CGA victory in her new home state.

“I’m just excited. It’s a strong golf atmosphere, we have great women here and the CGA is so good and so strong. So I’m more than happy to be in the Carolinas. I’ve been using the term “vibrate with joy” ever since I moved here.

Pat Brogden finished the tournament tied at 144 after a first-round 69 to secure second place. Defending champion Jayne Pardus of Mt. Pleasant, SC had the only other final round in red numbers, carding a 71 under par after her first round 76. Pardus finished third overall. Ricki Migliaccio of Cary, NC, competing in her first senior women’s amateur competition in the Carolinas, finished fourth in solo after an impressive par 72 in the final lap. Judy Penman of Pinehurst, NC and Kerry Rutan of Daniel Island, SC rounded out the top five with 6 over the par 150.

In the Carolinas Division, Tammy Johnson of Taylorsville, NC, shot a 73 over par in the final round for a 153 over par to earn the Carolinas two straight Division victories in this championship.

Therese St. Peter of Southern Pines, NC finished second in the Carolinas Division but managed to win the Low Super Senior award for the championship. 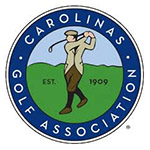 The championship is played over 36 holes in stroke play with a championship division and a Carolinas division (shorter course). Registration is open to any female amateur golfer who has reached her 50th birthday, is a legal resident of North Carolina or South Carolina or meets the non-resident criteria as outlined in the CGA Tournament Handbook, is a member in good standing with a club that is a member of the Carolinas Golf Association (CGA) and has an active GHIN® USGA Handicap Index® at a CGA member club.