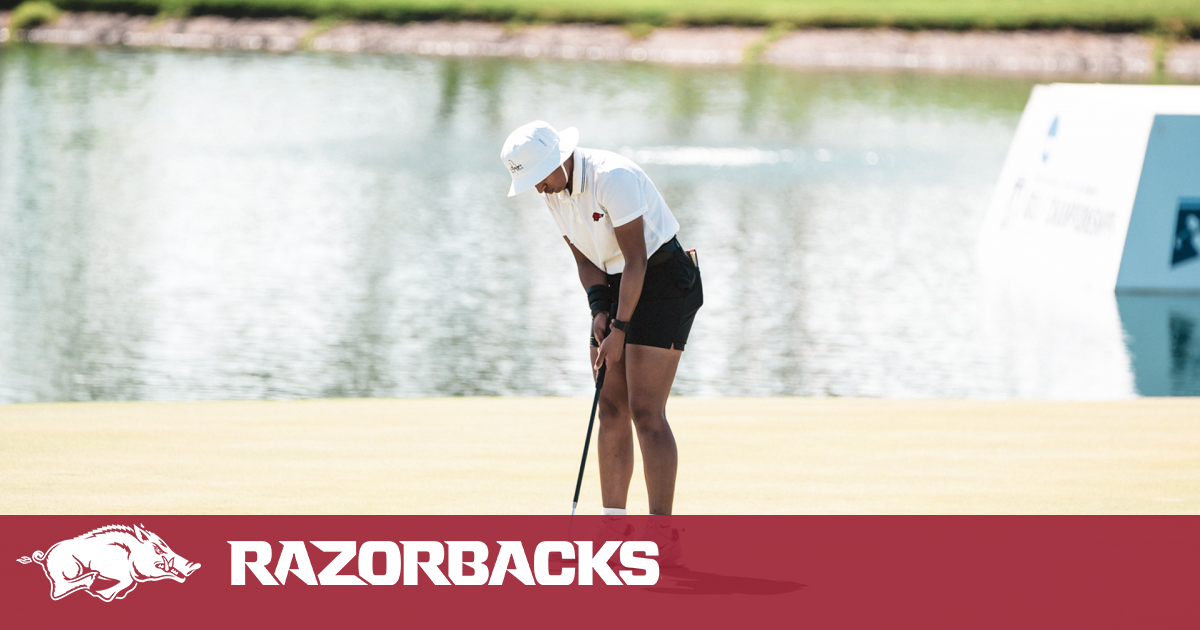 SCOTTSDALE, Ariz. – The No. 18 women’s golfer from Arkansas ended her NCAA championship run, finishing tied for 22nd after the third round of stroke play. The Razorbacks posted a 49 of 913 (307-305-301) over three rounds of move play.

Junior Kajal Mistry had a fantastic third round to move up 22 places in the individual standings, finishing tied for 34th. Mistry shot an even third round, thanks to four birdies to finish at 7 of 54 holes. Junior Julia Gregg also earned a share of 34th place, shooting three bogeys followed by a birdie to card a four for 76 in the third round of stroke play. The duo entered the playoffs, falling to Michigan’s Hailey Borja and Oklahoma State’s Maddison Hinson-Tolchard for a shot at the NCAA National Individual Championship.

Ela Anacona had a six-of-78 card in the third round of stroke play, birding three in the back nine to finish tied for 106th out of 54 holes.

Rounding out the Hogs roster are second-year Miriam Ayora and freshman Giovanna Fernandez. Ayora finished his run with a three-of-75. Fernandez finished his first NCAA championships by carding a six-of-78 in his third round.

Keep up to date with all the latest news and information and get a behind-the-scenes look at our program on our social media accounts. Follow us on Twitter at @RazorbackWGolf and check out our “Razorback Women’s Golf” Facebook page. Stats, news and player information can be found at ArkansasRazorbacks.com.