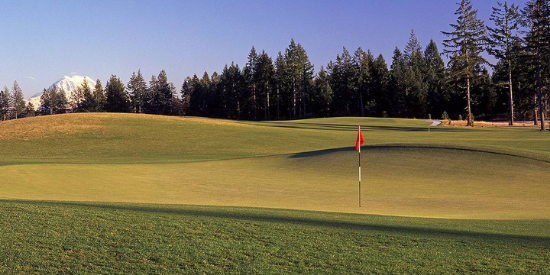 “The USGA is pleased to return to the Pacific Northwest, a region and community that we know will once again support women’s amateur golf, which is central to the Association’s mission,” said Rachel Sadowski, director of the US Women’s Amateur Four- Ball Championship. “The championship format offers spirited team competition and the kind of risk-reward game that is exciting for players and fans alike.”

A public course jointly owned by Washington Golf and the Pacific Northwest Golf Association (PNGA), The Home Course was designed by Mike Asmundson and opened in 2007. The site will eventually house the offices of both associations.

“Since our inception, we have proudly fulfilled our promise and mission to provide a welcoming public golf course for all golfers while showcasing top amateurs locally, regionally and nationally,” said Troy Andrew, CEO of The Home Course. and Executive Director of Washington Golf and PNGA. “As one of the few Allied Golf Associations to own and operate a golf course, we are especially excited to host our second National Women’s Championship and further strengthen our longstanding partnership with the USGA.”

Justin Gravatt, General Manager of The Home Course, added, “We are thrilled to be the host site and to welcome the US Women’s Amateur Four-Ball just a few years after being the companion course to the 2021 US Amateur Four-Ball. We look forward to delivering another exceptional championship golf experience at the Home Course for the world’s best female amateurs.

The land on which The Home Course was built was occupied by several Native American tribes known collectively as the Salish people. After the arrival of European settlers, it housed a trading and supply center for the Hudson’s Bay Company. PNGA’s historical research indicates that company traders created a rough six-hole layout around a fort that may have been the first golf course in the North West.

The DuPont company acquired the land in 1906 and built an explosives manufacturing plant. The plant ceased production in the late 1970s when the property was acquired by the Weyerhaeuser Company as part of an industrial development plan for the DuPont area.

The home course hosted the last US Women’s Amateur Public Bonds Championship in 2014. Fumie (Alice) Jo beat Eun Jeong Seong, 3&2, in the 36-hole final and at age 15 became the first USGA champion of the People’s Republic of China. . It was also the first 100% international game in the championship’s 38-year history.

The US Women’s Amateur Four-Ball was first contested in 2015. The championship is open to two-player amateur teams (or teams) whose Individual Handicap Index® does not exceed 14.4. There is no age limit and partners are not required to belong to the same club, state or country. The 2022 championship will be played at the Grand Reserve Golf Club, in Rio Grande, Puerto Rico, from April 20-24.