How do I play Trump National Doral? 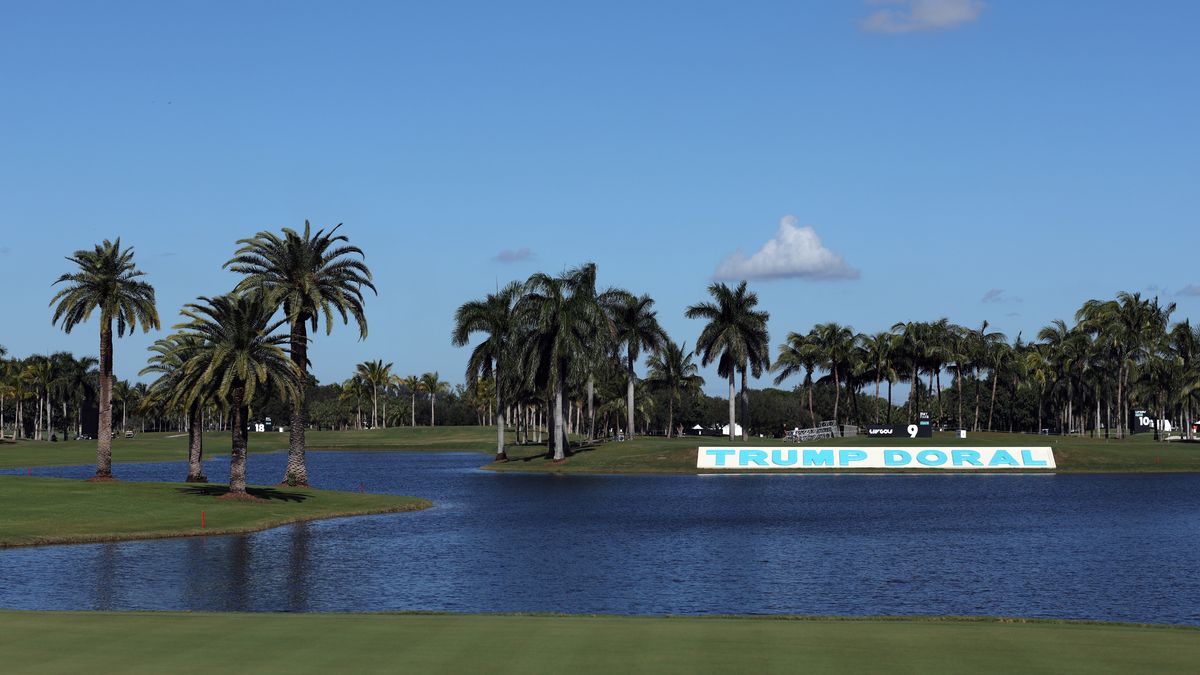 There are no less than four championship courses at Trump National Doral in Florida – Blue Monster, Golden Palm, Red Tiger and Silver Fox.

However, the Blue Monster is his most iconic. Established in 1962, the Dick Wilson-designed course hosted the PGA Tour’s Doral Open from that year until 2006. It then hosted the WGC-Cadillac Championship between 2007 and 2016 before the tournament moved to Mexico City. .

Like other courses owned by Donald Trump, following the controversial figure’s victory in the 2016 US presidential election, the Trump National Doral was left without a high profile tour. However, earlier in 2022, it was confirmed as the host of the 2022 LIV Golf Season Finals, the $50 million Tag Team Championship.

In 2014 the course received a facelift courtesy of Gil Hanse, who re-sculpted each hole to provide an extremely challenging course with deep bunkers, long fairways, wide rough, watery and undulating greens. Meanwhile, the best is arguably saved for last, a par-4 with trees and bunkers to the right and a lake to the left. The water also extends in front of the green.

One of the most beautiful holes on the course is the 227 yard par 3 fourth which has water to the right on the way to an elevated half moon shaped green. Another par three, the ninth, has water on both sides of the fairway that you can easily jump back into if your ball falls short of the green. Meanwhile, the 10th has the toughest tee shot on the course, with an intimidating amount of water on the left side and bunkers on the right.

While the Blue Monster is undoubtedly the star of the show at the famous golf resort, its other three championship courses have also all hosted major events. For example, the Golden Palm hosted the PGA Tour Qualifying Tournament in 1999. Additionally, the Red Tiger hosted The Office Depot on the LPGA Tour in 2000.

Trump National Doral is open to the public and you can choose to play one of four championship courses with green fees ranging from $150 to approximately $500 with reservations available online.

There’s also the option to stay at the Miami resort and hotel at Doral, with a championship golf package with rates starting at $509 per night. The offer includes a round on the Golden Palm, Red Tiger or Silver Fox course. Alternatively, it is possible to upgrade to the Blue Monster course. For anyone wishing to become a member, the initiation fee would be $50,000.

The Trump Organization purchased the Doral Resort & Spa in February 2012, after which it was renamed Trump National Doral. A $250 million renovation of the complex began in 2013 and was completed three years later.

How many golf courses are there in Doral?

There are four championship courses at Trump National Doral – Blue Monster, Golden Palm, Red Tiger and Silver Fox. The most renowned is Blue Monster, and has hosted many top tournaments since it opened in 1962.