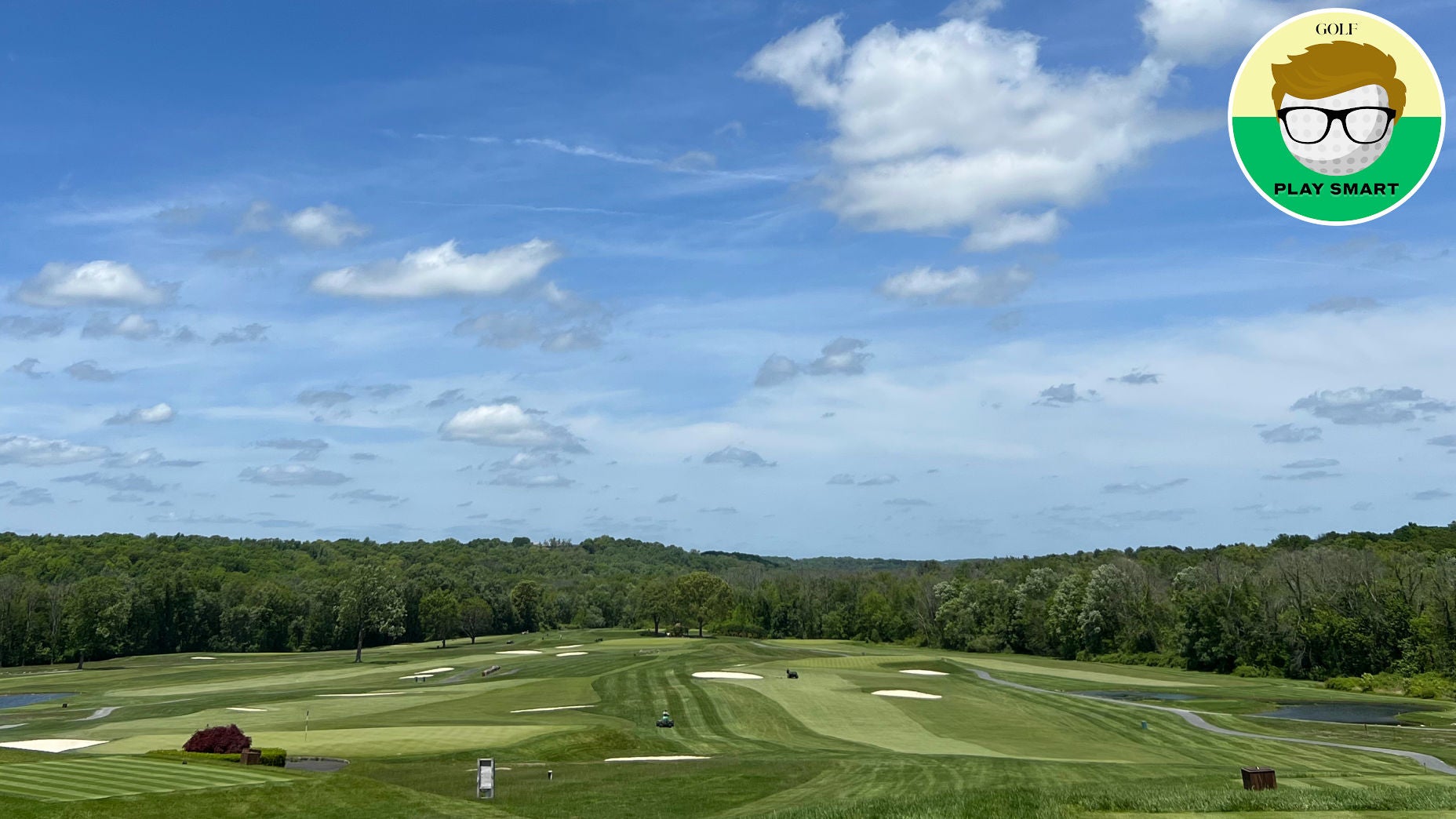 Welcome to Play Smart, a game improvement column published every Monday, Wednesday and Friday by Game Improvement Editor Luke Kerr-Dineen (who you can follow on Twitter here).

My favorite place in Augusta National is near the big oak tree. Turn your back on the clubhouse, look outside, and you can see the whole history of the course: The first half of the 1st and 10th holes, and the second half of the 9th and 18th. The beginning of the 8th; the end of the 2nd; pieces of the 7th and 15th. Sometimes even a small peak at the 13th hole, when catching the light just to the right.

I thought of this recently when looking at the golf course at Tamarack Country Club in Greenwich, Connecticut, after playing there for the first time since its recent overhaul. It was a subtle range transformation – they removed around 60 trees flanking a number of its key holes – but in doing so they breathed shiny new life into the already well-regarded course.

Tamarack, ranked fourth in Connecticut in 2020-21 by GOLF Magazine’s course rater panel, began the process last offseason. It was the brainchild of Sal Syed, the CEO and co-founder of Arccos Golf who also serves as head of the course’s greens committee. Syed, with the support of much of the club membership, intended to restore architect Charles Banks’ original “hills” vision for the course when he was commissioned to create it in 1929.

And, indeed, that is the form it took when the course opened.

The addition of trees to the property was an innovation of golf course architecture in the 1950s, 60s and 70s. Some 50 years later, the trees presented a variety of problems and felt out of place . That’s when the club brought on Brian Schneider – whose solid resume with Renaissance Golf Design includes work on acclaimed courses from Kape Kidnappers, Barnbougle Dunes, Sebanack – as a consulting architect. Its work with the course continues, but its mandate remains simple: to restore the original design intent of the course.

And that meant cutting down a selective group of trees.

“There was a mixture of species. Some were unhealthy, most were just in the wrong place,” says Schneider. “So many old clubs started life as farms or pastures. The intention was wide open spaces and wide fairways that slope down to large greens. So much with Tamarack was about restoring width, restoring angles, restoring site lines, cleaning up views and showcasing the beautiful property.

The board gave the plan the go-ahead, so last winter Course Superintendent Jeff Scott and his team got to work. He employed three crews and in two days 60 trees were felled. Some of the most striking work came on the first hole. The handful of trees on the left and right sides gave golfers a corridor to start their game. Remote, golfers now send their shots into a clear, airy and open meadow that makes the property feel vast in every direction.

However, some of the most striking lines of sight opened up by the project come from the opposite direction. From the farthest northwest corners of the property, golfers can now gaze across the course to the previously darkened clubhouse as its newly defined centerpiece.

The removal project may have only taken a few days, but the effects lasted a long time – and not just visually.

In his first season managing the new layout, Superintendent Scott has already noticed the changes. Fewer trees means less shade and more wind, which improved the overall conditioning of the course.

“For a quality lawn, you need sun and air circulation. You want the stagnant air to get out, especially in the summer when you have those humid days and nights,” he says. “The changes had an immediate and positive impact on the quality of our turf and helped our ability to dry out the course to be firmer and faster.”

And it also helped the course play differently.

Syed, the project’s original champion, looks at golf from a unique perspective. In his role at Arccos, he is surrounded by data on how golfers actually play the game. What he saw in the numbers, combined with his love of historic golf course architecture, fueled his passion for the project.

“Better players actually have tighter shot spreads, and higher handicaps have wider spreads,” he says. “So trees penalize higher handicaps more because they hit recovery shots much more often than lower handicap golfers who hit more balls into the fairway.”

By removing a number of trees, Syed says the course doesn’t just give a nod to its historic roots; this makes the course more enjoyable for all types of golfers.

“Now the ground game is more in play, and the elements are more in play,” he said. “The firmer conditions mean higher handicaps have more options for acceleration to the greens, and the wind is more penalizing for lower handicaps because their ball stays in the air longer and won’t come to rest. quickly close to the cut. … This requires more precision.

The end goal of it all, ultimately, was simple.

And with a beautifully restored view to admire along the way.

Luke Kerr-Dineen is Game Improvement Editor at GOLF Magazine and GOLF.com. In his role, he oversees the brand’s game improvement content covering instruction, equipment, health and fitness, across all of GOLF’s media platforms.

Alumnus of the International Junior Golf Academy and the University of South Carolina-Beaufort golf team, where he helped them rise to No. 1 in the NAIA National Rankings, Luke moved to New York in 2012 to pursue her Masters in Journalism at Columbia University. . His work has also appeared in USA Today, Golf Digest, Newsweek, and The Daily Beast.