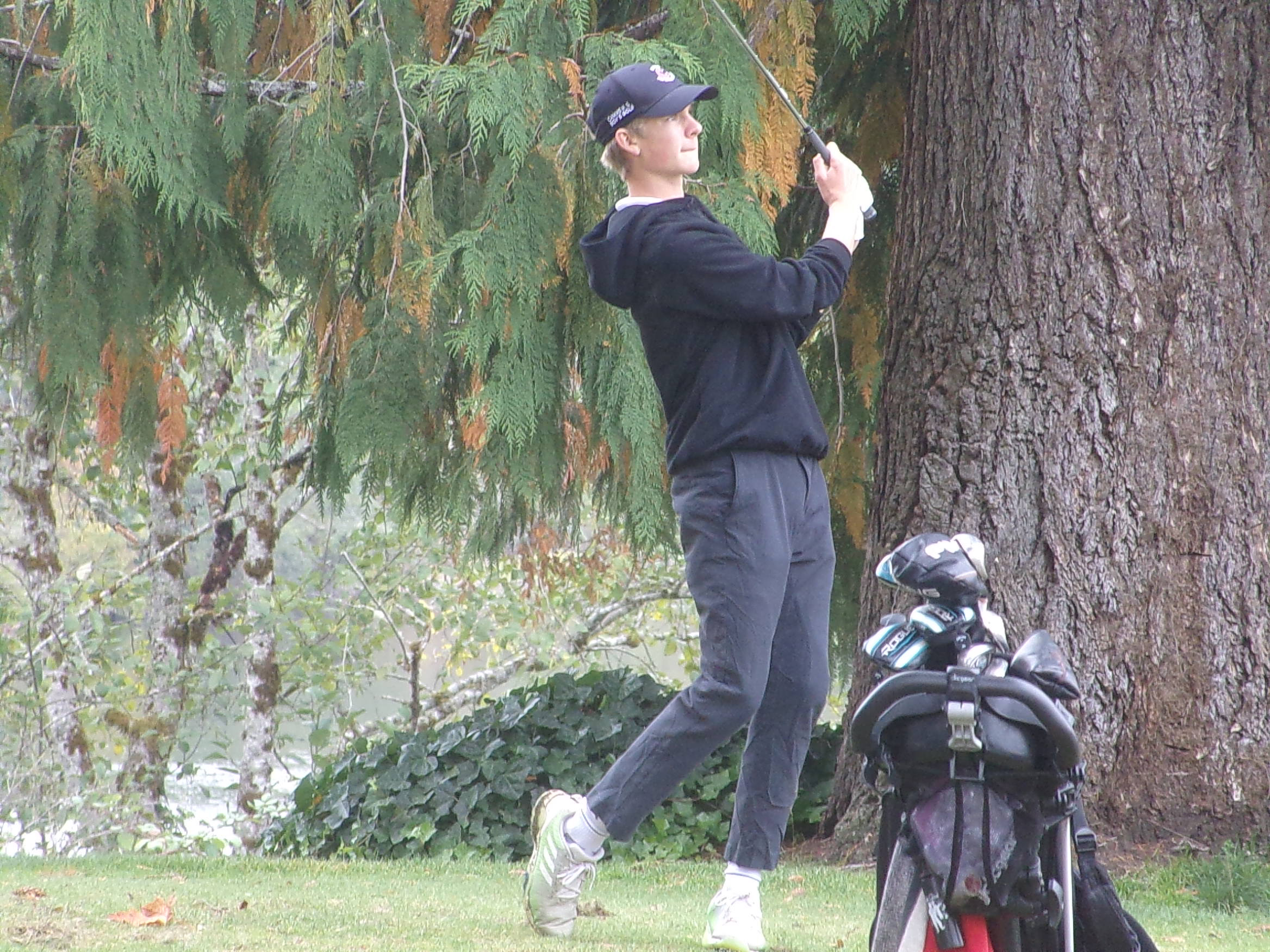 Camas’ Eli Huntington couldn’t better his first-round 71 at the 4A State Boys Golf Tournament on Wednesday, shooting a 75 at the Indian Summer Country Club in Olympia and tied for fifth.

Battle Ground’s Alex Salinas was the other local top 20 in the boys 4A event, finishing tied for 19th at 156.

In the 2A Men’s Tournament at Capitol City Golf Club in Olympia, four of five Columbia River golfers posted better scores in the second round than in the first round, helping the Rapids finish second in the team standings behind Burlington. -Edison, 131 -106.

Alex Rigby led Mountain View to a fourth-place team finish in the 3A Men’s Tournament at Liberty Lake Golf Course. Rigby shot a 72 on Wednesday to finish tied for eighth at 143. Teammate Grady Millar was 11th at 114, and Prairie’s Jack Dahlberg was the other local top 20, tied for 18th at 149.

Jacob Parker of Seton Catholic finished tied for 16th in the Boys 1A Tournament at Indian Canyon Golf Course in Spokane with a 162.

Kalama’s Todd Tabor finished third in the men’s 2B/1B tournament at Deer Park Golf Course. Tabor shot a 73 on Wednesday to finish at 148, just four shots off the lead.

In the Women’s 3A Tournament at Meadowwood Golf Course in Liberty Lake, Mountain View’s Annika Yeh shot a 74 on Wednesday to finish tied for 10th at 147.

Hockinson’s Grace Phillips was tied for 15th at the 2A Women’s Tournament in Tumwater at 172, and Woodland’s Zoe Jouwsma tied for 19th at 174.

Riley Philbrook and Gracie Harlow finished in the top 10 of the 1A Women’s Tournament at Indian Canyon, helping King’s Way Christian finish third in the team standings.