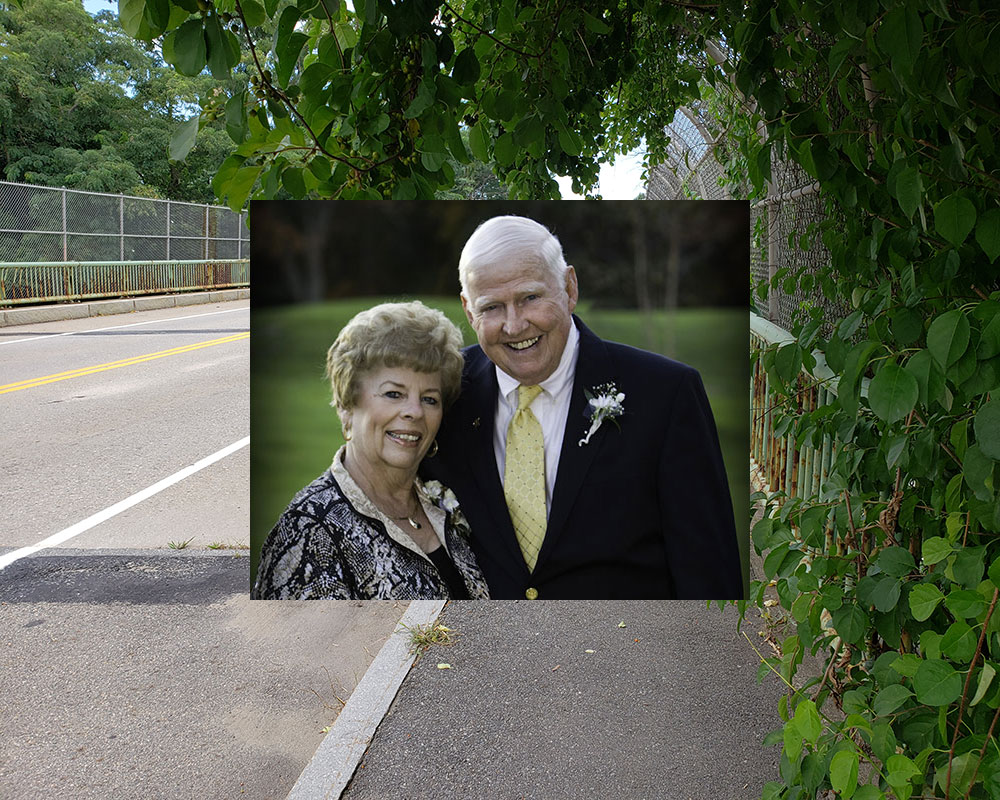 Ted and Mary Murphy, owners of Garrison’s Golf Center in Haverhill, are recognized for their long service and dedication to the city, with the Hilldale Avenue Bridge over Interstate 495 being named in their honor.

Gov. Charlie Baker signed the “Ted and Mary Murphy Bridge” legislation last week that has quietly worked its way through the State House over the past year. The legislation was devised by Haverhill attorney Sean P. Gleason and other committee members of the Penta Par 3 golf tournament, which is held annually at Garrison Golf.

“We thought about how great the Murphys have been to us over the years, and that’s just the tip of the iceberg in terms of what they’ve done for this community. We thought it was a nice and appropriate gesture. We hope they feel how much this community loves them,” Gleason told WHAV.

The legislation was sponsored in the Senate by Senator Diana DiZoglio and in the House by Rep. Andy X. Vargas. The House and Senate each signed the bill into law on August 22 and submitted it to the governor. The law requires the Highway Division to place and maintain “appropriate beacons bearing such designation in accordance with the standards of said department.”

The Murphys purchased the Garrison Golf Center in 1969 and made Haverhill their home. DiZoglio told WHAV she was happy to table this legislation and thanked Gleason for approaching her.

“Over the past five decades, Ted and Mary Murphy have, through their charitable endeavors and golf instruction to countless young people, left a positive and lasting impact on the Greater Haverhill community. Their belief that confidence, self-respect and happiness can be developed through sport continues to inspire young men and women in our region,” she said.

Vargas added: “Mary and Ted Murphy are steadfast leaders in the Haverhill community. From serving on various boards and civic groups to volunteering with their church, the Murphys’ countless hours and contributions have made Haverhill a better place for everyone, especially our young people… It’s no exaggeration to say that many young people, service clubs and non-profit organizations would not be able to achieve all they have without the generosity of the Murphys. They are an exceptional couple who represent the best of Haverhill.

“Coming into the Garrison is like coming into your home. Everyone feels at home,” Gleason added.