“I play golf to change the world” 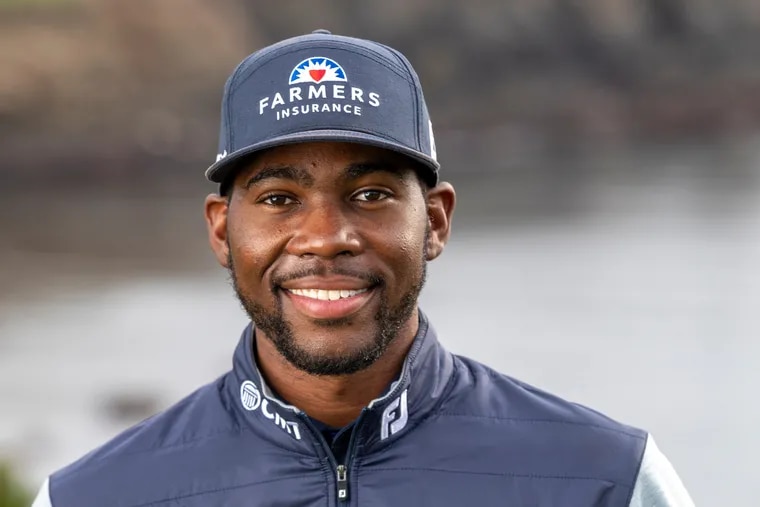 Kamaiu Johnson has battled racism and other challenges to keep his dream of playing on the PGA Tour on track. And although he has encountered obstacles, he is grateful to all the people who have helped him get to where he is in golf.

Currently, it is a good place. Johnson, 29, of Orlando, Fla., is one of the stars of the Advocates Pro Golf Association Tour, an organization that promotes diversity in sports for African Americans and other minorities not only on the course but also in the golf industry.

Last month, he won the biggest first-place prize, $50,000, in tour history when he won the MasterCard APGA Tour Championship in San Antonio, landing a birdie putt on the final hole. The win earned him the Lexus Cup as APGA Tour Player of the Year, an award that also earned him a $7,500 bonus, the use of a new car for a year, and most importantly, membership in the first six PGA Tour events 2022-23. Latin America Tour.

» READ MORE: Sports brought to this country by immigrants

Johnson, who is black, will be on the 56-man field for the 36-hole APGA Tour Valley Forge Tournament Tuesday and Wednesday at Bluestone Country Club in Blue Bell. He is grateful for the help he has received from people of all races and backgrounds.

“They have been white, black, female, male, whatever. It was just a village that helped me get where I am. I hope the world just focuses on that.

Johnson’s golfing story began in a neighborhood just outside of Tallahassee, Florida known as Old St. Augustine, where he dropped out of school in eighth grade after being placed in classes for slow learners, which left him depressed.

On the sports side, he was a baseball player for much of his youth. However, at age 13, he noticed people walking on the Hilaman Golf Course near his mother’s two-bedroom apartment were swinging their clubs the same way he would swing a baseball bat, and he was imitating their swing with a stick.

Jan Auger, the course’s assistant general manager, saw him one day and made him an offer: if he helped around the golf course, she would let him play every day for $1.

“I fell in love with it instantly,” he said, “and here we are now.”

As he got older, he tried to participate in as many amateur events as possible, but the cost of competitions and travel was prohibitive. Looking back, he said, “I ran out of money more times than I can count.” Turning pro in 2017, he participated in mini-tours and won 10 tournaments.

Since joining the APGA Tour, he has taken advantage of his opportunities. He signed a sponsorship deal with Farmers Insurance and got help with the finances and layout of the club from other sponsors. He’s received byes for five PGA Tour events, and while he’s yet to make a 36-hole cut, he continues to grind and fulfill some kind of mission.

“So many people have helped me to the point where I am, and so many people continue to help me build and try to reach my dream. So it’s a blessing to be part of it, to be able to chase the dream, to be able to play golf for a living. I can’t complain about anything, really.

Remarks: Four competitors will be local connections are on the field. They are Jeffrey Cunningham, a Drexel graduate who in June became the first African-American to advance to the BMW Philadelphia Amateur final; Zach Juhasz from Bethlehem; Louis Kelly of Sewell, NJ; and Matthew Vital of Bethlehem, Pa. Vital, 16, who will play as an amateur, will compete in a separate junior division of the tournament.