Indoor golf facilities are booming in the Chicago area 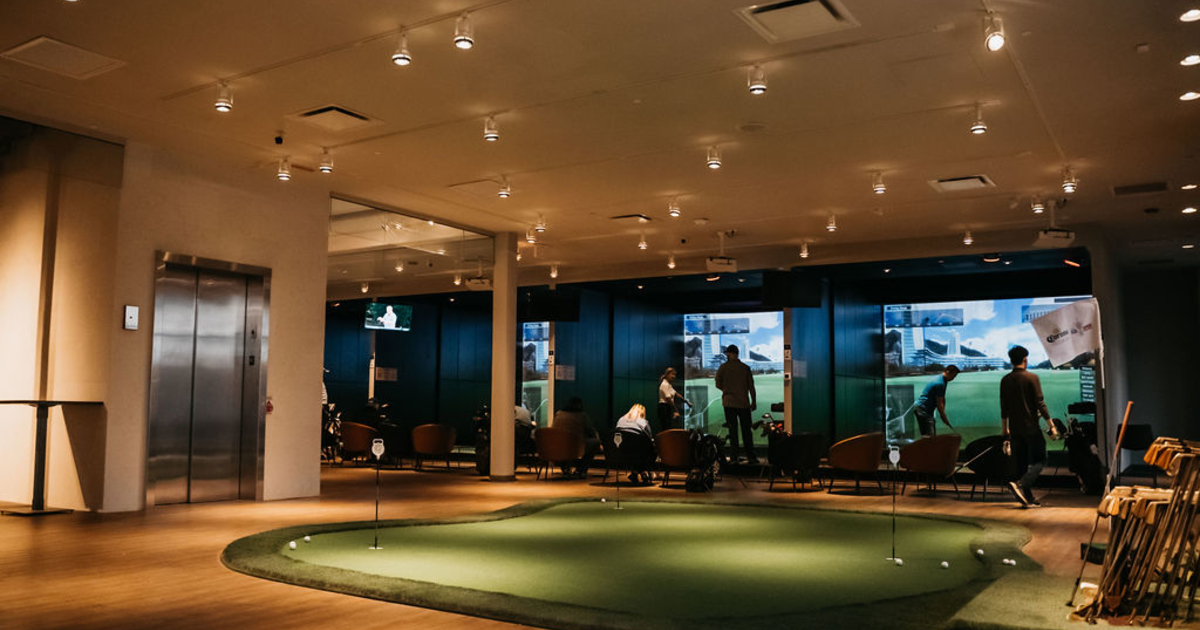 On a recent Friday, Game of Irons’ 16 hitting bays were busy with golfers paying up to $65 an hour. A good chunk of Park’s income comes from an adjacent bar – its patrons are more into the social aspects of the place rather than taking their practice very seriously.

The stakes are high: Every state-of-the-art Golfzon simulator built in South Korea to include striking platforms that tilt one way or another to replicate a golfer’s precise lie on the course, cost $100,000. Park’s investment totals $3 million.

It has 200 different courses in its digital inventory: The 18th tee at Pebble Beach in California is so realistic that you hear and see the spray coming from the Pacific Ocean and hear the birds chirping in the nearby trees. There are even fake sand traps.

“Everything is as close to reality as possible,” says Park, who was born in Korea and moved here when he was 1. “We recreate every mound and every flower on the course. If they cut down a single tree, we find it out and our simulation is changed. We believe we are the largest and most expensive indoor golf club in this area. My idea was to go big or not build at all.

Smaller, cheaper installations are nipping at the heels of Game of Irons. They have names like Smash Factor Indoor Golf (Aurora) and Five Iron Golf (Chicago), though the biggest rival is the burgeoning X-Golf chain, which has opened a dozen franchises in the metro area over the past year. the last year. The parent company is based in Korea and has already saturated the market there.

“I’m trying to capture the good part of the golf boom,” says Brandon Megal, a young PGA pro who opened X-Golf in suburban Geneva over the winter, filling 7,000 square feet of storefront with eight bays priced at $40 to $60 an hour. He noticed the growing competition. “I’m a bit concerned that the indoor golf industry is oversized,” he says. “So far, there are no competitors in my immediate area.”

Park tried franchising in other businesses. He owned a United Parcel Service pickup store in Winnetka and was an authorized T-Mobile dealer – operating seven cellphone stores. In 2012, he bought Tensuke Market, a struggling Japanese grocer in Elk Grove Village, doubling his revenue before selling out in 2018. He also owns Hello Tokyo, a Japanese version of a dollar store, in Niles.

Park was the captain of his high school golf team in suburban New York and still plays with a 10 handicap. But his lack of time to practice has been an ongoing frustration. He has a team of 20 supporting him now, and during slow times he can play at famous clubs like Kiawah Island in South Carolina. Park predicts its sales will drop 80% in hot weather. But he started a summer golf camp for kids and hired a PGA instructor in hopes of stemming his losses.

He says he is not missing the real thing. “It’s like owning 16 golf courses here,” he says. “Except I don’t have to worry about mowing the grass or putting on fertilizer. True outdoor golf is a very difficult activity. It’s much easier.

The author can be reached at [email protected]