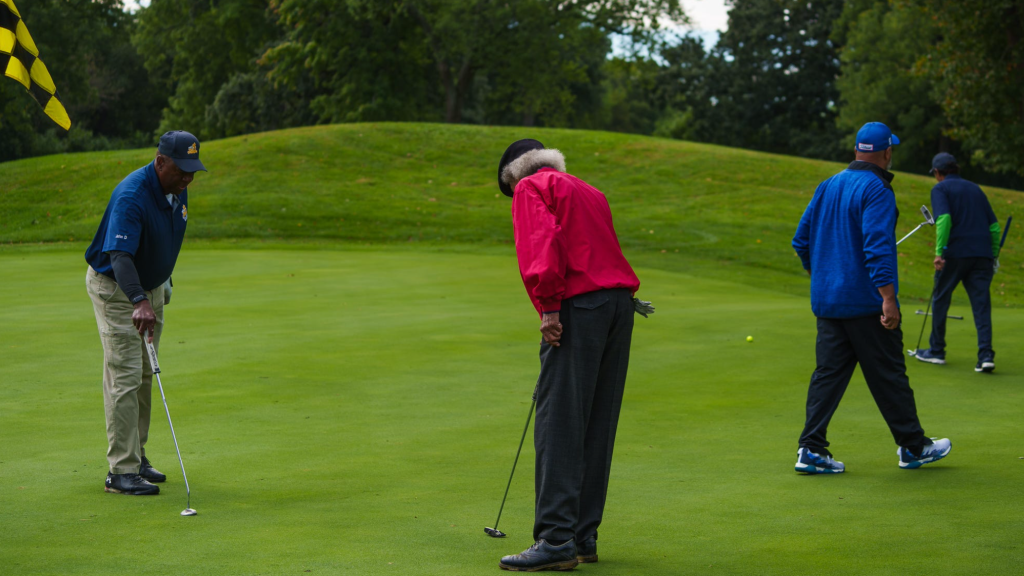 INDIANAPOLIS — If you want to be a member of the Old School Players, club president John Durant says there are a few things you need to know.

For starters, old-school players aren’t a bunch of guys who “run with the young girls,” Durant explains.

In fact, old school players don’t run at all. It’s a senior golf club, governed by standard statutes and an interesting set of unwritten rules.

“Every Wednesday is golf day,” said Durant, 75. “No doctor’s appointments or any sort of business meeting on Wednesdays.”

Friendly conversations are also normal for the course – “You have to be able to take it.”

For those who aren’t members of the old-school players, of which only 24 are allowed, you might be dubbed a “playmate”.

“The other players are the ones who play with us if we have a vacancy,” says John. “It’s like a waiting list.”

In the likely scenario that a member of the Old School Players drops out – due to, say, a “bad knee” – a majority voting system can turn another player into an official Old School player.

From Pleasant Run to Sarah Shank and beyond, old school players stop and play golf on courses across the city.

They carry the legacy of Indianapolis black golfers, like Forrest T. Jones Jr., who was IU’s first black golfer and team captain in the 1950s.

But most of the time, they’re just there to have a good time, even on days when Durant takes bad swings.

“Golf is a game you fall in love with,” Durant says. “I always have fun.”