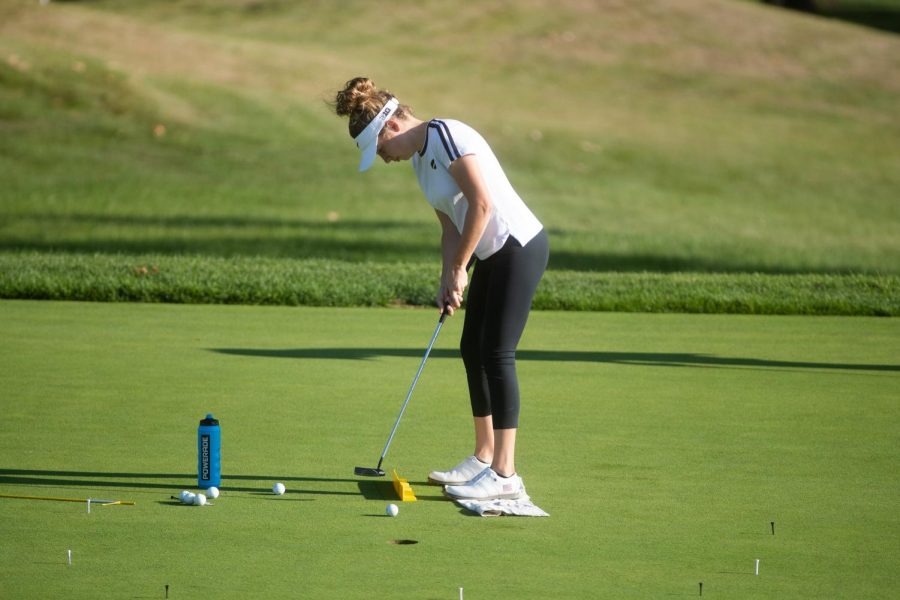 The Hawkeyes will face eight other teams this week at San Antonio Country Club, four of which are in Golfstat’s top 100.

The Iowa women’s golf team travels to San Antonio to close out the regular season at the Maryb S. Kauth Invitational on Tuesday and Wednesday.

The Hawkeyes are coming off their second-highest single-round team score in team history — a 4-under 284 — in the final round of last week’s Chattanooga Classic. That day, Zeitler and Galloway each shot 2 under par 70s, season bests for both players. Galloway’s last two rounds of 72 and 70 were the best of the consecutive season.

Galloway said an improved mindset on the tee shots is a big reason for his recently improved game.

“This last tournament I made a lot of changes to my outlook off the tee because I was really struggling off the tee,” Galloway said. The Iowan Daily Monday. “I literally just changed my mindset. I just decided not to be afraid to hit it left. And then, you know how golf is, you stop hitting left when you don’t have one. fear.

Galloway noted that accuracy will always be a premium off the tee, even though the San Antonio Country Club is much more open than many courses the Hawkeyes have competed on this spring.

“It’s very different from the courses we’ve played,” Galloway said. “Instead of being in the middle of a residential area, it’s, like, open, there’s trees, like you can get away with not great photos. Other courses we’ve played, you’re in someone’s backyard off limits. It’s really nice. Just a little more freedom.

“Just because it’s open doesn’t mean you can be really lax on your starting lines,” Galloway added. “Choose small targets and make sure you start the ball in a line. A few of the drives you hit on trees or you can’t see the landing zones. So just like stuff with that and no riddles.

The Maryb S. Kauth Invitational is the Hawkeyes’ final spring regular season event and their final opportunity to compete before the conference championships kick off.

The Hawkeyes will compete in the 2022 Big Ten Championships April 22-24 at Fox Chapel Golf Course in Pittsburgh.