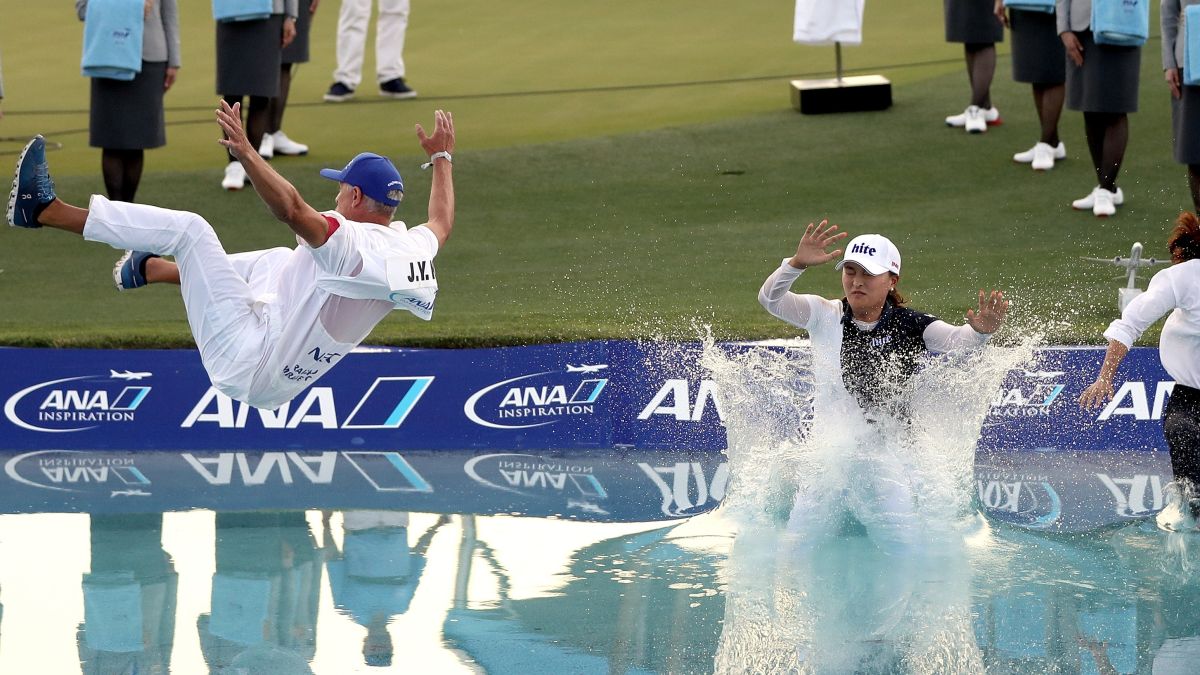 Players on the LPGA Tour will bid farewell to Mission Hills Country Club and famed Poppie’s Pond this week as the first Major of the season is played there for the last time. England’s Georgia Hall was one of the stars leading the tribute, saying: “It’s sad to be leaving.”

Poppie’s Pond surrounds the 18th green and is named after longtime Tournament Director Terry Wilcox, who retired in 2008. Wilcox is known as “Poppie” to his grandchildren, Amy Alcott being the first to jump into the pond to celebrate victory in 1988.

Speaking ahead of the event, Lexi Thompson, who claimed her only major championship win here in 2014, said: “Jumping into Poppie’s Pond is one of my fondest memories. I think what’s so amazing, that’s the story behind this tournament. Jumping into Poppie’s Pond’s, putting the dress on the 18th green, just the tradition and history behind it. Being able to walk up the 18th green and see my name there, that’s quite special.”

Former World No. 1 Lydia Ko echoed Thompson’s comments: “The biggest thing about this event is Poppie’s Pond. Obviously we’ve had several different sponsors that have sponsored this event, tradition I will miss this and every year hoping to be the one who can take that leap.”

Chevron entered into a six-year deal with IMG to become the event’s title sponsor; which will henceforth be known as the Chevron Championship. In addition to their title sponsorship, there was also a dramatic increase in the purse to $5 million – up 60% from the previous year.

The LPGA Tour has confirmed the tournament will be moved to a later date in the spring as part of a long-term commitment with NBC Sports. This year will be the last time the Major will be played at Mission Hills Country Club in California as the tournament searches for a new host. Although nothing has been confirmed, Houston, TX is the likely location; where more than 8,000 Chevron employees are based.

Ko had similar thoughts, “When KPMG took over the LPGA Championship, everyone was sad because there is so much tradition and history in this event, but what KPMG did for this event, they have improved on every level of the golf courses we play, hospitality.

“And I think it’s hard sometimes to love taking that step, and I’m sure Chevron will, and we’ll make this an even better tournament for future generations and for us who play.”