I’ve grabbed every dashboard since August, here’s what happened … 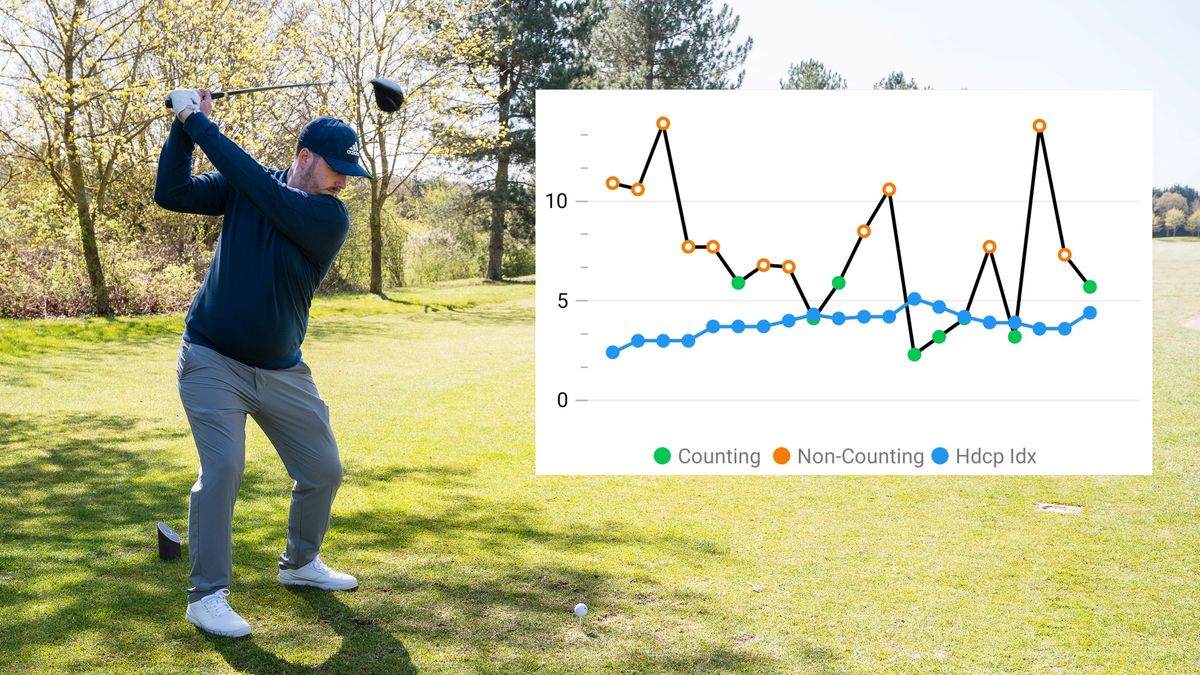 I’ll be honest and say that when the World Handicap System went live in the UK in November 2020 (right at the start of the lockdown) I wasn’t too excited about it. I loved the old CONGU system, having grown up with it and known how it works. Two under my handicap and I would have gone down 0.2, two above and unfortunately missed the buffer zone and another 0.1 was on the way.

I initially kept everything the same when we were allowed to play golf in England again, so for the first few months I only put on a scorecard during a competition like I did before. However, with my handicap reduced from 4.7 before WHS to 2.4 and my golfing getting worse, I finally admitted to myself that my handicap did not reflect my abilities.

I loved the idea of ​​being a 2-handicapper and the initial WHS cup made me feel like a good golfer, but the simple fact was I was struggling to get past 80. So in August, I decided it was time to have a handicap that reflected my current abilities and put in every scorecard I could since then.

As of August 13, I entered 22 cards on six different courses, meaning all of my tally scores are from the past five months – as opposed to one of my regular play mates whose tally score is oldest dated May 2019 and the most recent map was made in July (I entered 22 since its most recent). My handicap started in August at 2.0, peaked at 5.1 in November before dropping down to 3.6 and then climbing back up to today at 4.3.

At that time, I came second in Division 1 of our Monthly Stableford, where I was receiving 7 shots thanks to my +1 Course Handicap, and I have scores ranging from 3 on par to 13 on par (well that a 9 on par – the entry of the hole par nine was my worst). I would not have finished second in this competition if I had played on 2 and had not handed over all my cards. It might sound like a protective handicap bandit, but I really am not, I just wanted my handicap to be okay. Each round now has a purpose for me and my outing is about as good as ever as I did not receive any freebies.

I encouraged my dad and girlfriend to enter as many scores as possible and am in awe of how many people are using the WHS correctly. Co-workers have the My EG app or are now iGolf members and we can both attest to each other’s scores. I have to say I absolutely loved being fully involved with the World Handicap System and the brilliant MyEG app, it definitely added something to my enjoyment of the game. If you are a serious golfer and you don’t all fit in. your cards, why aren’t you? Golf has really started to evolve with the times in recent years and the WHS and the technology around it is certainly a superb implication.

If you’re like I was before August, don’t like the WHS, and don’t enter your cards, I would tell you to go. Yes, you might be afraid of having a bad game and increasing your handicap (as are two of my usual playing partners), but that will go away soon if you commit to participating in every round. Gimmes are, in my opinion, terrible in no-match gameplay scenarios, as most of us would probably miss at least one of our gimmes every turn, so why not test yourself on each one? You could say these are time saving measures, but it can be very difficult to step back 3 feet. By doing this regularly, you will be a much better competitive golfer.

In addition, if you are not a member of a club, I recommend that you subscribe to iGolf. For £ 40 per year you will have access to the MyEG app, official disability and liability insurance. Two of my colleagues have it and no one is complaining now that they are bandits or have the wrong disabilities.

I’m glad I started using the WHS properly and encourage everyone to do the same. If I’m honest I probably prefer it now over the old CONGU system. If you are worried that your handicap will increase, don’t worry because over time it will go down again as only eight of your last 20 scores count. Having been very unenthusiastic about the WHS at the start of the year, I am now completely convinced by the system!

What do you think of the WHS? Let us know on social media