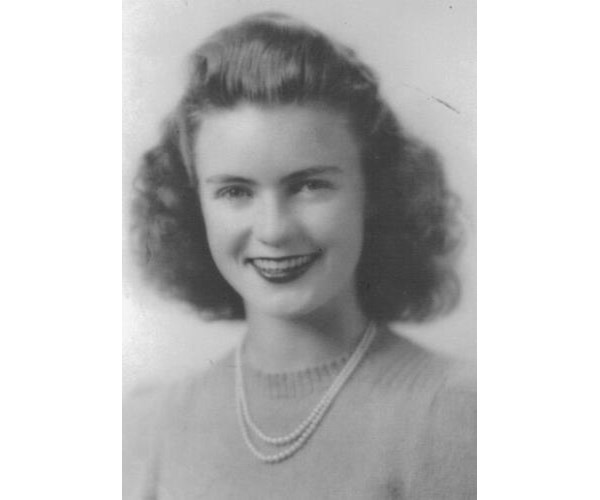 Jacqueline L. Brooks passed away peacefully on November 14, 2021. She was born in Astoria, Oregon on July 2, 1925 to her parents Jack and Josephine Munson. Her family moved to Santa Ana, California, where she and her brother spent their summers at their favorite beach, Corona del Mar, surfing and sunbathing. Their favorite place was the Rendezvous Ballroom where they listened to and danced the most famous Big Bands of the time. As a young adult, Jackie wanted to be an airplane pilot and took aeronautics, physics, higher math and drawing lessons. After the attack on Pearl Harbor, she tried to enlist in the WAFS for flight training, but her application was refused because she was not yet 21 years old and did not have a private pilot license. . So, she applied her training by working at Douglas Aircraft in Long Beach, Calif., In their model department. She was an observer for enemy planes in Los Angeles during World War II. In 1941, Jackie met Jackson Brooks while they were both working at JC Penney in Santa Ana, California. They fell in love and were married in Orange, California on August 30, 1943. Jackie raised 4 children and became a housewife. She was a Sunday school teacher and a member of the choir. She loved to garden and was an avid ornithologist. She loved teaching her children to swim and sing. In 1955, Jack and Jackie moved their 4 children to Fort Collins, CO, where Jack and his brother Brownie founded the first electrical panel company in northern Colorado. Although she missed the beaches and the ocean, she fell in love with the Rocky Mountains. She enjoyed trout fishing, picnics, tent camping and mountain vacations. She has taught beginner swimming at the Fort Collins Rec Department. They joined the Bethlehem Lutheran Church (now Shepherd of the Hills Lutheran Church) where she was choir director for 15 years and taught Sunday School. She was the Boy Scout Leader for Campfire Girls, Girl Scouts and Cub Scouts. She became active in the League of Women Voters and served as the President of Fundraising and President of the Voter Service for Larimer County. She loved golf and was active in the Fort Collins Country Club Women’s Golf Association. Jackie is predeceased by her husband, Jackson, her parents, her brother Jerry and her sister Betty Anne. She is survived by her children; Robin Foss, Barbara (Tom) Haynie, Jennifer Brooks and Brian (JoAnn) Brooks, as well as 7 grandchildren and 12 great grandchildren. She will be sadly missed by her family and many friends. Please read the full obituary online at www.VesseyFuneralService.com