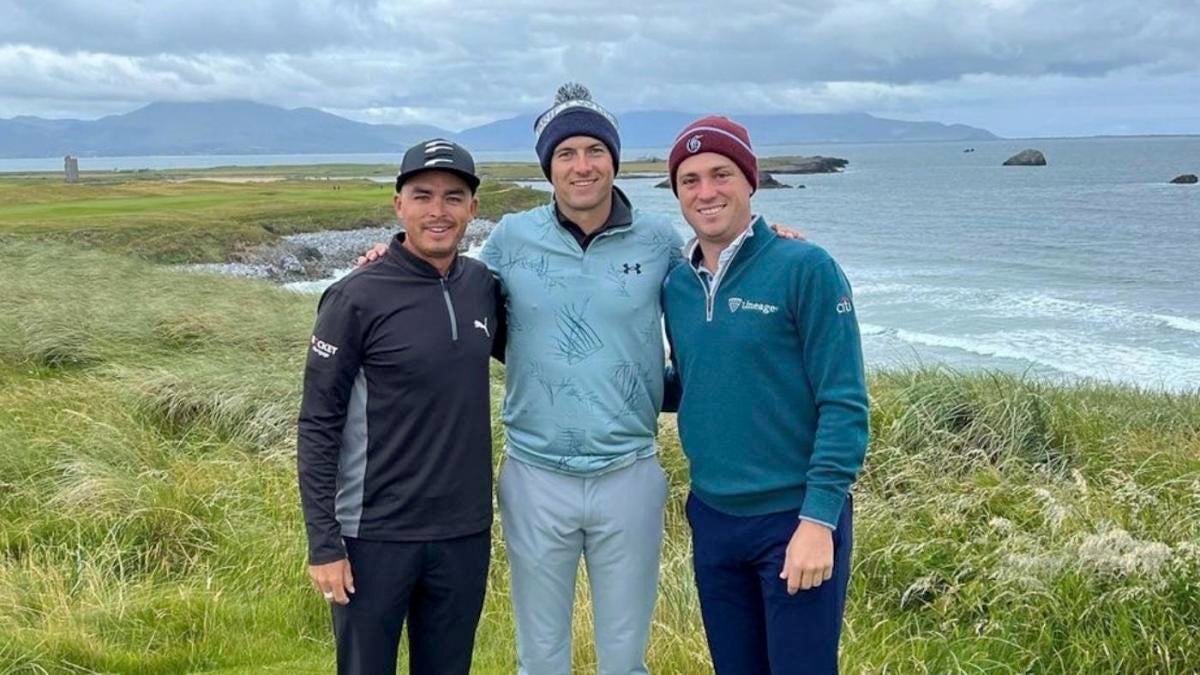 The 150th Open Championship begins in just over a week, and some prominent Americans have been heading in early to get some interesting prep work. Four of the world’s top 12 players have played on exceptional, low-key golf courses in Ireland ahead of three big events they will play in over the next fortnight.

First, Jordan Spieth played at Lahinch Golf Club, site of the Irish Open 2019, on Saturday with world No. 1 player, Scottie Scheffler, and another American under 30, Sam Burns. Spieth was, surprisingly, the lowest-ranked player in the group as all three prepare for the JP McManus Pro-Am on Monday and Tuesday, the Scottish Open next week at the Renaissance Club and the Open the following week at the Old Race to Saint André.

Spieth was, at one point, joined by a few four-legged mammals with beards.

On Sunday, Spieth traveled a bit south to Tralee Golf Club for a game with Justin Thomas and Rickie Fowler. They were joined by Spieth’s agent, Jay Danzi. The crew attracted quite a following to Tralee, which is just south of Lahinch on the west coast of Ireland. They also had an early toast ahead of what should be an exciting three weeks.

Scheffler and Burns then played against Ballybunion on Sunday.

All five will meet on Monday and Tuesday at the JP McManus Pro-Am at Adare Manor in Ireland alongside Tiger Woods, Rory McIlroy, Jon Rahm and Collin Morikawa. Then they travel to the Renaissance Club on Thursday for the first-ever Scottish Open co-sanctioned by the PGA Tour and DP World Tour. Then off to St. Andrews for the event of the year. The 150th Open at the cradle of golf. As frustrating as the past few weeks have been for LIV Golf and what the future of the sport might look like, the next two weeks in Scotland are going to be absolutely spectacular.