Kent Co. is looking to turn a former golf course into a 125-acre park 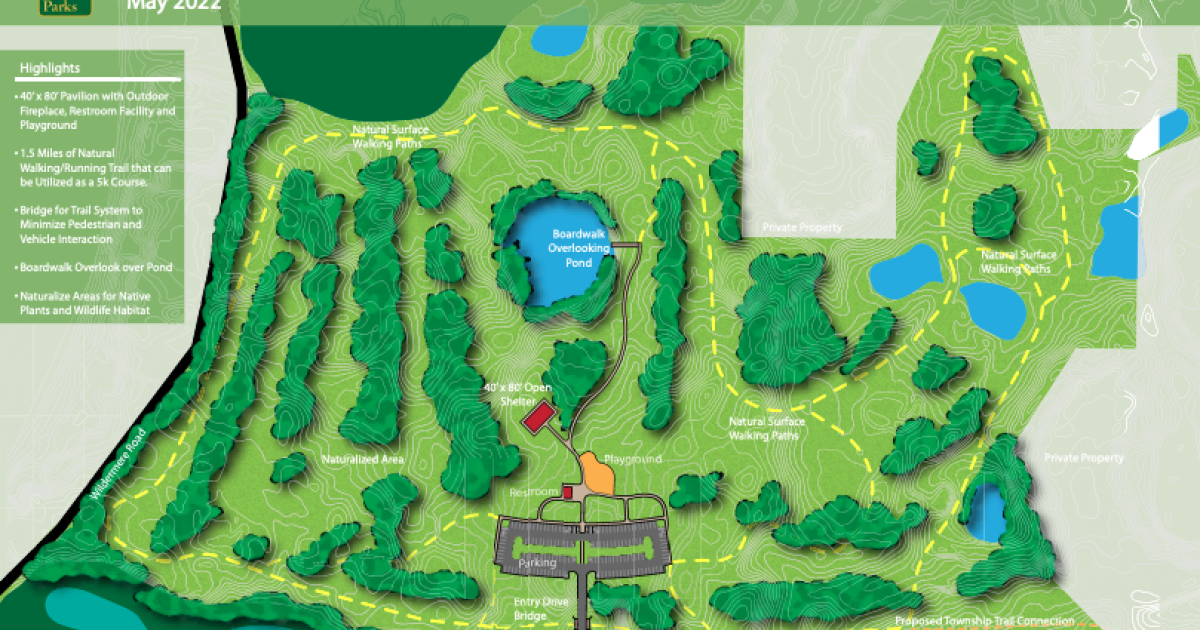 CANNON TOWNSHIP, Michigan – A new 125-acre park is coming to western Michigan. Kent County Commissioners have agreed to move forward with an agreement to make the park a reality in Cannon Township.

The county park aims to use much of the former Silver Lake Country Club golf course.

“Having this trail literally in our backyard would be amazing,” Marilyn Henderhan told FOX 17 on Saturday.

Kent County Commissioners agreed to go ahead with the huge park earlier in the week.

“My wife loves to walk and it would be a great place now to not have to dodge golf balls. The only thing we have to dodge is deer,” Jim Mullendore said.

The Kent County Parks Department works with the James and Shirley Balk Family Foundation. The county plans to buy part of the park, while accepting a donation from the family, to make it happen.

“So hopefully next month we can close the property with the foundation. There’s still some legal work to be done between the developer,” explained Kent County Parks Superintendent of Operations Dan DeLoof.

Concept drawings have been sent to Kent County Commissioners. A potential dog park is not included in this design, which was discussed at Monday’s meeting. The commissioners are looking to retain existing cart paths and create new ones.

“We’ll probably just take them out and repave them or do some type of cinder limestone, but yeah, we’d use as many as we can,” DeLoof added.

Previously, the former golf course was the site of a major housing development. Now the majority of the property will be green space.

“When they changed everything and decided to leave it as a park area and do the residential on Pinehurst on Greenbrier Drive, so that was great for us,” Mullendore said. “I think developers have a lot of interest in doing something that people can enjoy, [and it’s] certainly enough room to do so.”

Many former golf courses have or are becoming options for housing developments.

The Pines Golf Course in Wyoming was recently approved for development and the Lincoln Country Club in Walker was also once considered a development property.