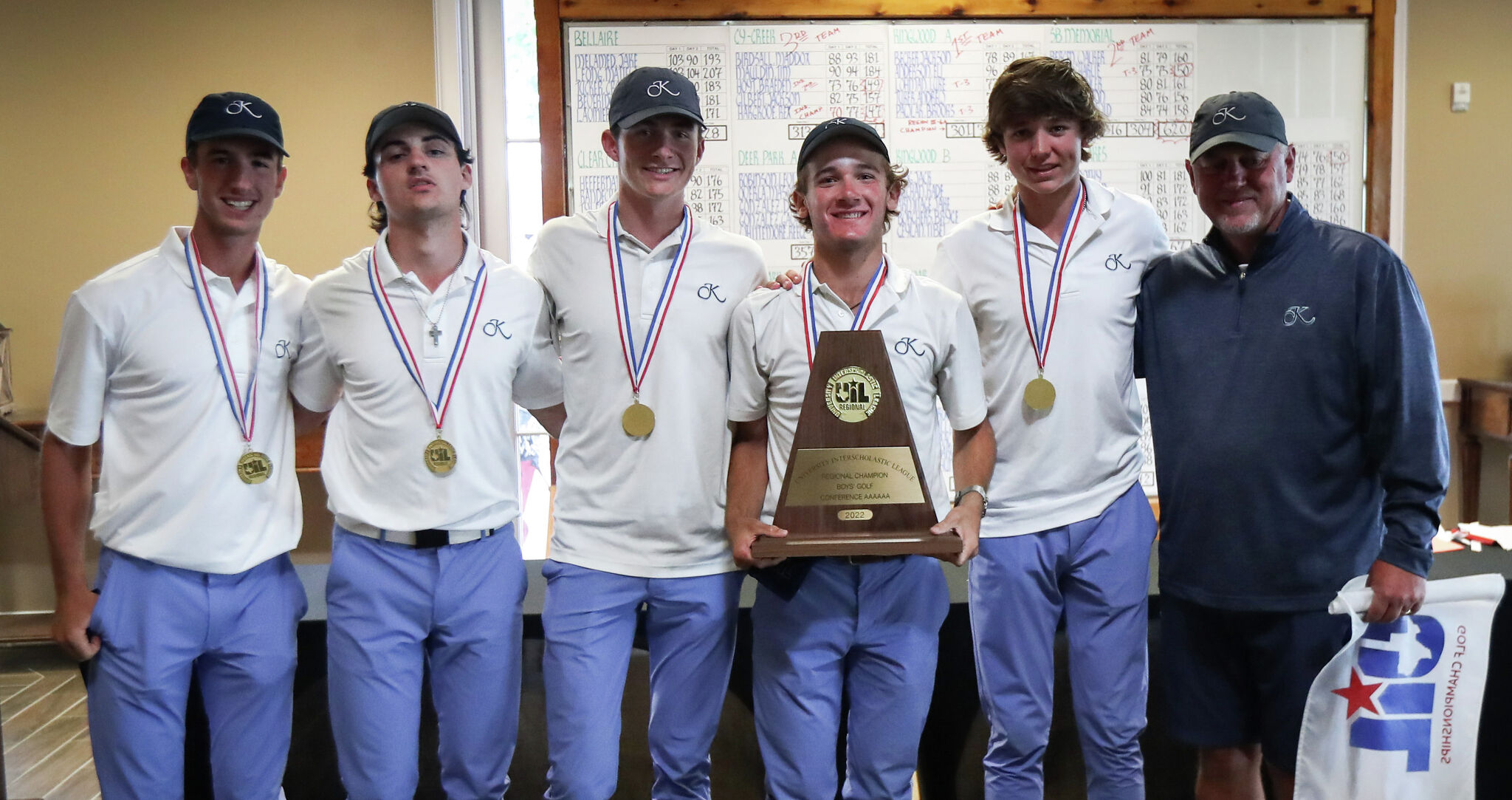 The Mustangs entered the two-day Region III-6A tournament as favorites. A second-round push on Thursday secured another trip to Georgetown.

But Memorial didn’t get everything he wanted at Eagle Pointe Golf Club. First-round leader Kingwood held off a late push from Memorial, winning the regional championship by a single stroke, 619-620.

“Winning wasn’t on our minds, we just wanted to qualify to go state,” Kingwood boys’ coach Jeff Bellnap said. “Then after playing so well yesterday, that (winning) became the goal.”

The result was decided on the final grouping of the best teams. Kingwood’s victory was not assured until Luke Lohman drained an uphill 12-foot putt. This generated a great cheer from his teammates, coaching staff and parents gathered on the 18th green.

“I backed off, I was really nervous the whole time,” Lohman said. “I felt like I had to make the putt. It was an important putt for the team. As he headed for the hole, I got an adrenaline rush and it went in. J was so excited.

Heavily helped by play from Rex Hargrove and Braeden Hoyt, who finished 1-2 respectively, Cypress Creek grabbed third and final spot to qualify for the May 9-10 state tournament at Legacy Hills Golf. Club. At 66 of 634, the Cougars held off fourth-place Clear Lake by just three shots.

Memorial was 15 shots behind Kingwood, and in fourth place, after Wednesday’s round, played in strong winds. With the team scores added up after the 15th hole on Thursday, Kingwood’s lead was 10 strokes with three holes remaining.

Kingwood almost gave it away, and Memorial’s hard charge was led by Charlie Wylie. At 8+, Wylie shared third place with Lohman and Brooks Pawlak of Kingwood, and Andrew Ferworn and Jonathan Meng (Clear Lake) of Stratford.

“Our goal as a team was to win the regional championship, but we didn’t play our best yesterday,” Memorial coach Clayton Brady said. “We just decided to play smarter today, to shoot away from the pins, to have better speed on the greens. We lost by one, but the opportunity to play for a state championship is really what you want.

Hargrove was the only golfer to draw a red number for the tournament, opening with a 1-under-70. A 6 of 77 during the final round left him plus 5. That was two shots clear of teammate Hoyt, who shot rounds 73-76.

“I played really good golf yesterday, I only missed three or four golf shots all day,” Hargrove said. “I put myself in a great position before today and it worked out well. It’s always better when the whole team passes.

In addition to Wylie, State Memorial will be represented by Walker Bergen, Tyler Gardner, Preston Rouse and David Martinez.

“It’s great to win,” Pawlak said. “It’s been a goal of ours all season to get to this point, and to win it is huge. Memorial has beaten us every time we’ve played them, and we did that today. .